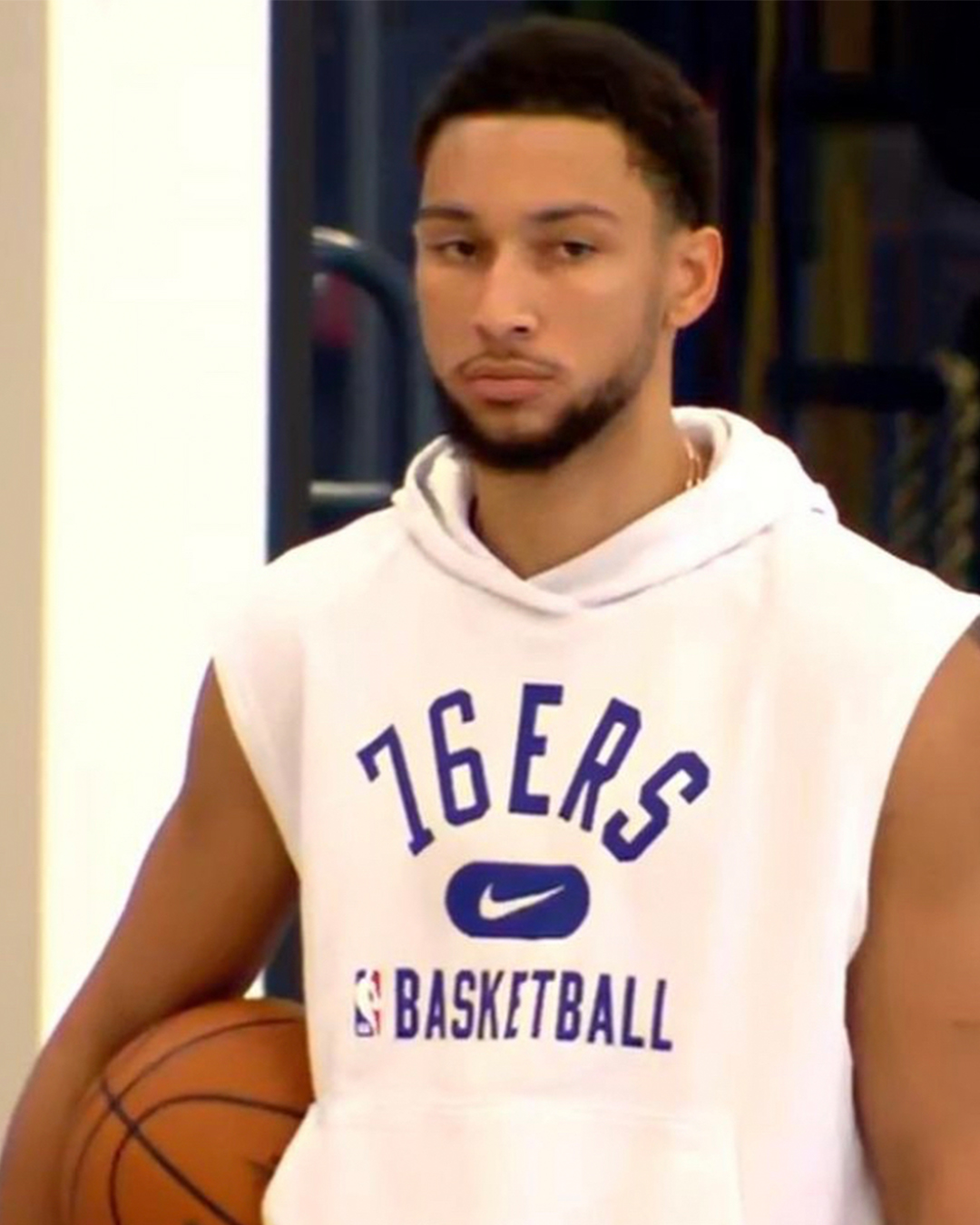 It looks like Ben will not be playing in the season opener against the Pelicans tomorrow night and will not subsequently not have to face the media thanks to a suspension.  It has been reported by NBA insider Adrian Wojnarowski that Simmons has been suspended for one game for conduct detrimental to the team.

According to Woj, Ben was kicked out of practive for not being physically or mentally engaged.  Philadelphia Inquirer Keith Pompey also tweeted, ”

Ben Simmons was kicked out of today’s practice for no being engaged, according to sources. #Sixers”
Doc Rivers stated in today’s news conference “I thought he was a distraction today. I told him, You should leave Ben.” Ben who we all know was holding out for a trade reluctantly returned to Philly to avoid being fined.  However, it looks like he’s already checked out. It’s uncertain if Ben will play at the Sixers home opener against the Nets this Friday.  If so we expect the boo birds to be in full effect.

Ben Simmons was kicked out of today’s practice for no being engaged, according to sources. #Sixers