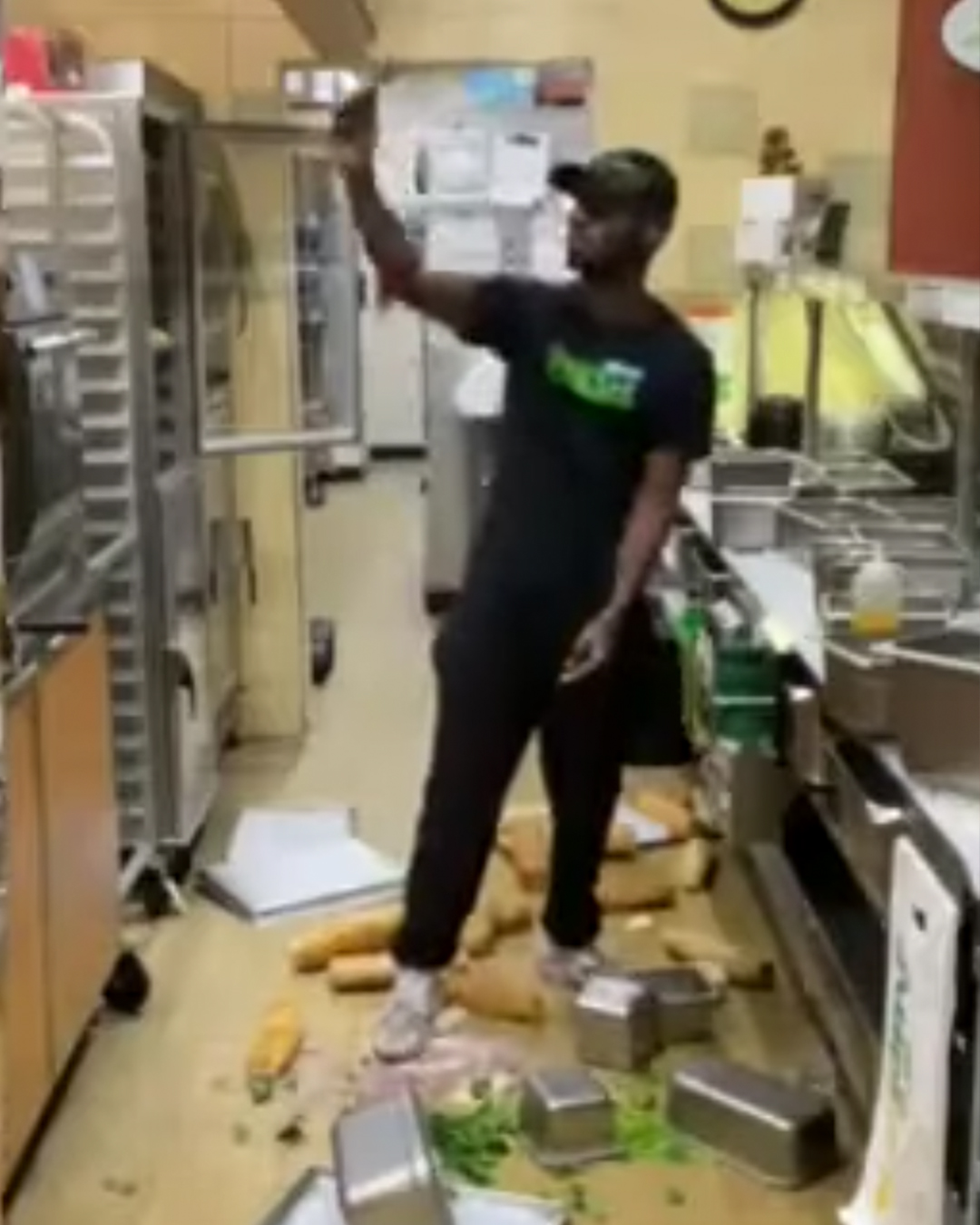 A Subway employee from Providence, Rhode Island went to great lengths to get noticed by Philly’s own Meek Mill.  In a series of videos an employee by the name of Jumanne Clary is seen trashing a Subway restaurant while simultaneously recording himself asking his followers to @ Meek Mill.  ““At Meek Mill. Tell Meek Mill to sign me. Let him know, I’m trying to get signed to DreamChasers. Fuck all this Subway shit. Fuck all this Subway shit, bro. At Meek Mill, let him know I’m trying to get signed. I’m dead ass. I’m done working at Subway. Dead ass,” Clary shouts into his phone.

Well apparently Meek Mill never responded but Subway definitely did.  The fast food chain told Newsweek, “Subway and our network of franchisees take health and food safety extremely seriously and don’t condone any behavior that violates our strict policies in these areas. While Subway restaurants are individually owned and operated, we have confirmed with the franchisee of this location that the employee was immediately terminated after he learned of the employee’s actions.”

Jumanne has since uploaded a second video trying to clarify his actions.  He also gave Newsweek a statement saying, “I took the idea for walking on the food, and the toilet from other controversial things that I’ve seen on the internet, I’m not exactly sure what, but I figured it would draw attention.”  Clary’s Youtube videos also show an array of controversial videos of him tampering with food.  However, Jumanne explained that those videos are fake while the Meek Mill vandalism video is indeed real.  Still no word if any of Meek Mill’s label as contacted Clary.

John’s Roast Pork Wins Truff’s Competition for The Best Cheesesteak in Philly
Jose Garces’ Chicago-Style Pizzeria and Tiki Lounge “Hook & Master” Opens for Take Out October 20th
To Top
Get the Coolest Philly Events & News Emailed to you Every Week!