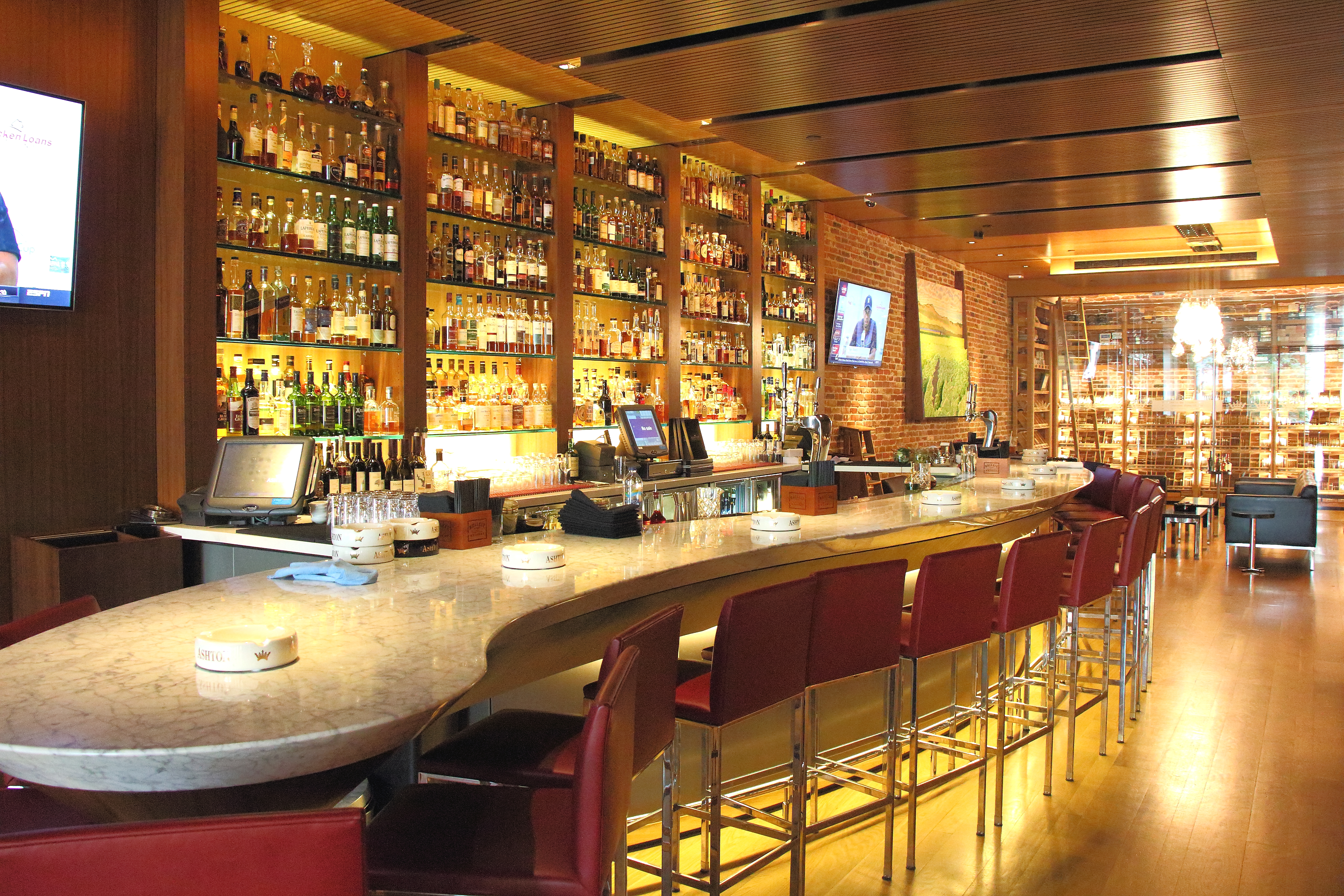 We’ve all seen seen and tried to emulate characters in movies or  T.V shows puffing a cigar.  Whether it was the ultra smooth and classy Rat Pack of yesteryear, the likeable bad guy such as Tony Soprano, or suave tough guy like Clint Eastwood, they all become iconic images in the cigar world.  Cigars are not only symbolic on the silver screen, but also an universal symbol of celebration as well.  From being passed around hospital waiting rooms after the birth of a child to NBA locker rooms after a championship win. Cigars have been woven deeply into the fabric of our culture, yet many people know so little about them.  Aside from the universal Cohiba, what do we really know about mild, medium, and full body cigars?  What notes are detected in each variety?  What scotch or bourbon goes best in each instance? 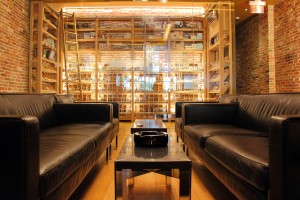 These are questions that many people don’t have the answers for and its okay.  We recently stopped in Philly’s premier cigar bar, Ashton Cigar Bar and spoke with the Dave Marks who has been the GM at Ashton since they opened their doors in September of last year, and he was kind enough to break down the art of cigar smoking.  You see, it’s not as simple as clipping the tip of a random cigar and going on your way but rather a delicate balance of flavors that makes cigar smoking so enjoyable. So for those interested in obtaining more knowledge, we present Cigar 101: “Intro to Cigars & Pairings.”

Now if you haven’t been to the Ashton Cigar bar prepared to be impressed.  This swanky lounge is located in the Rittenhouse section of the city offers a modern sheik atmosphere.  A far cry from the typical grandfatherly mahogany wood cigar dens depicted in the movies. This spot has all the comforts of the best lounges and offers one of the best liquor menus in the city.  There is practically nothing you can’t find at this place.  From wines, to tequilas, to rare bourbons and whiskeys, Ashton Cigar Bar makes sure that whatever your preference is, it’s available.

Being the GM at such a place requires a wealth of knowledge of both cigars and liqour.  So as we picked Dave’s brain regarding each cigar body type and pairings, he was more than happy to accommodate our request as he methodically described the different types of notes (flavors/aromas) each cigar & liquor contained as well as their manufacturing process.  It was just like sitting in a classroom with a professor as he meticulously described everything that was going to be on an upcoming test.  After digesting this information even a novice smoker can walk into the Cigar Bar and be confident with their selection. Here’s the breakdown:

Personally I wish I’ve known all this information a lot sooner.  However, being a late bloomer in the cigar world isn’t so bad when you get this type of help getting started.  So for those looking for a new environment to enjoy their evening a cigar bar such as Ashton is a great place to hang out with friends or family and enjoy a relaxing atmosphere.  “It’s a great place to be, we turn the music up on the weekends and make it fun.” Dave points out.  Also, a great stop during a bachelor parties, birthday parties, and even a date.  Hey you never know who you will impress with your new found knowledge of cigars and once you get started you will realize that cigars shouldn’t be reserved for just celebrations.

For more information or to book a party contact: