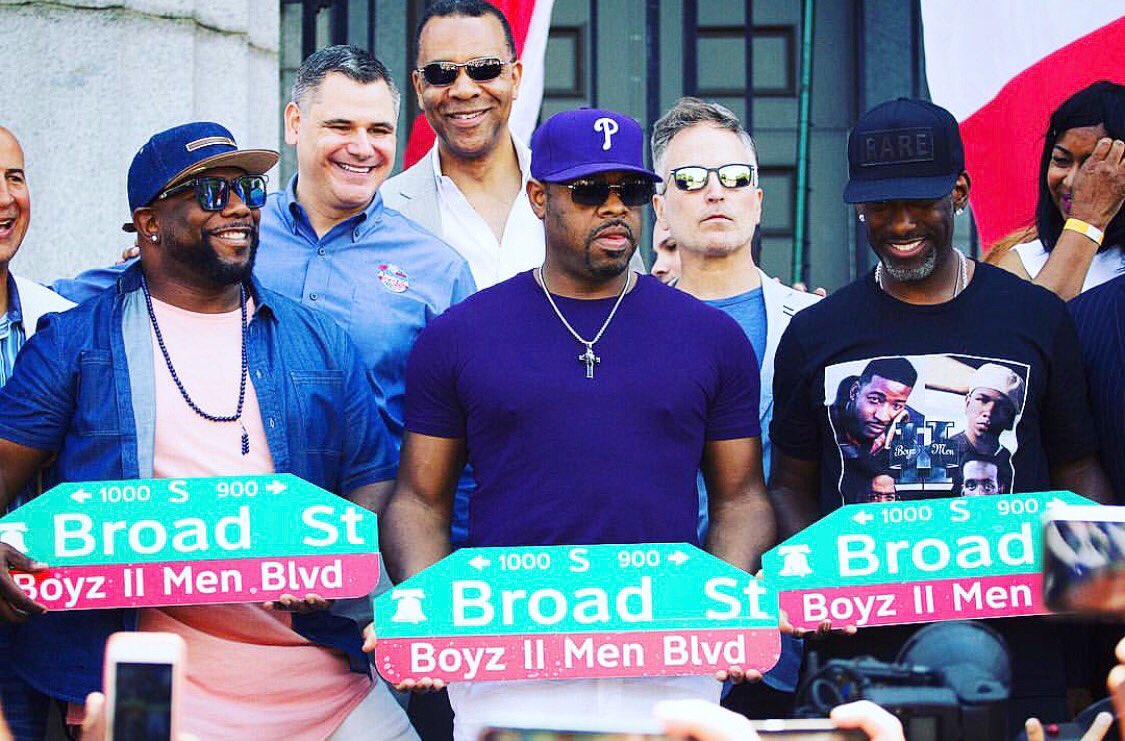 Now when you give someone directions along S. Broad St. you can tell them to turn left or right off of Boyz II Men Blvd.  That’s right, one of the most successful acts to ever come out of the city of brotherly love was honored this past weekend by having a section of S. Broad named after them.  The stretch of road from Christian to Carpenter Streets will now be known as “Boyz II Men Boulevard.”

Naming a street after an entertainer is not common in Philly, however in larger cities such as New York, singers, actors, and even rappers have had the dubious honor.  The trio of Nathan Morris, Wanya Morris, and Shawn Stockman were in town to kick-off Wawa’s Welcome America festivities which of course included their ceremony.  The new Boyz II Men Blvd. is not far from their high school Philadelphia High School for the Creative and Performing Arts.  You may remember Boyz II Men shouting out the school in their smash hit MotownPhilly.

The group spoke to Philly.com regarding the name change,  “This is where it all started. It’s a real honor to know that the city that raised us, the city that practically brought us up musically and otherwise, was gracious and kind enough to give us this honor,” Stockman said. “I’m proud. It’s a cool thing.”

We Caught Up With DJ Jazzy Jeff at NOTO to Talk About Tour Life, Dream Collaborations, & More!
If This Video of Macklemore Celebrating His Grandma’s 100th Bday Doesn’t Make You Smile, You’re Not Human