5 Reasons to Stay in Philly After You Graduate - Wooder Ice

Okay so you have just graduated or about to and you are torn between staying in Philly and venturing out to new lands.  For those dealing with this dilemma we came up with 5 reasons to stay in Philly.  Sure other big cities can be alluring but as they say the grass isn’t always greener on the other side.  So if you’re looking for a reason to stay a while we have 5 to choose from.  So put down your bags and stay a while, Philly is the place to be.

1) Philadelphia’s Population is  Growing and Getting Younger 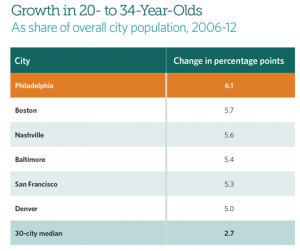 The Pew Charitable Trust released a Philadelphia State of the City Report earlier this year and there were some promising stats.  Among the positives was the fact that Philadelphia’s population has been steadily increasing over the last 7 years.  What’s even better news is that the population is also getting younger.  In fact more than half of Philly’s population of over 1.5 million is under the age of 35.  26% are between the ages of 20 and 34.  The Pew attributes this boom to Philly’s “vibrancy, diversity, culture, and nightlife.”  With a growing population of young millennials means great networking opportunities and more activities to engage in around the city.

2) Philly is One of the Nation’s Best Beer Towns 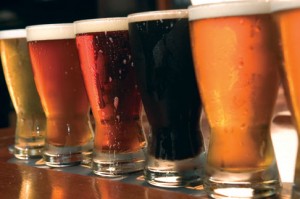 For all those hop lovers out there this one will sit well.  Over the years Philly has consistently ranked among the best beer cities in the nation.  In fact this year CNN Travel, GQ, & The Huffington Post have ranked Philly among their top beer cities.  There are currently over 100 licensed breweries in the Philly area including recognizable names such as Philadelphia Brewing Company, Yards, Victory, and Yuengling.   This is more than half the number of breweries Philly had in 2001.  Over the bast 10 years Philly become a beer haven.  In fact many local pubs such as Standard Tap and  Monk’s Cafe are recognized nationally for their beer selection and new craft brew spots and beer gardens are sprouting up annually.  These Beer spots are not only awesome for brew drinkers but are also great places for young graduates to network, especially during Happy Hour.

3) The Sports Scene in Philly is Top Notch

You may or may not remember Travel & Leisure picking Philly as the #1 on the list of America’s Most Sports-Crazed Cities a few years ago.  Philly has also ranked high on just about every best cities for sports lists.  With a team in each of the four major sports, Philly has a loyal following even in championship droughts.  Other major cities such as New York, LA, and Chicago have far more transplants which can water down the number of local sports loyalists. When you stop to think about it, Philly has almost a small town feel when it comes to sports.  Having “crazed” fans also ensures that sporting events to become hot tickets, especially for footaball where Lincoln Financial Field can feel electric on game day.  Being apart of this vibrant atmosphere among friends is another reason why you should stay.  Let’s face it you’re not going to get the same feel cheering for say the Miami Dolphins at Sun Life Stadium.

4) The Real Estate Boom is Real 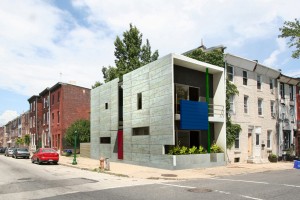 New modern homes are being constructed at a rapid pace, changing the Philly landscape

If you are a young graduate looking to plant your roots the dream of home ownership in Philly is very much real.  In fact buying a home even in hot neighborhoods such as Fishtown and Northern Liberties is very realistic.  Unlike other major US cities like New York, D.C, and San Francisco, unless your clocking well over $100K a year you can forget about owning a home.  Not only can you own a home here but the square footage for your money is probably one of the best deals in the country.  The Pew Trust stated that over 2,800 new building permits were issued last year, the most approved in a decade.  The real estate boom is real here in Philadelphia.  It’s almost impossible to ride around Philly and not see new houses going up almost daily.  So if you’re looking to secure real estate at an opportune time. Philly is the place to do it.

5) The City is Affordable

If you are not in the market to buy but just want to test the waters in Philly for a while, you’ll find that Philly is one of the most affordable big cities in the US.  When compared to other cities, Philly’s rent is almost half that of  popular post grad destinations such as NY, San Francisco, and D.C.  Other factors such as day to day expenses, groceries, and entertainment are all much more affordable here in Philly.  For a major city in the Northeast we are actually the best bang for your buck.  Let’s face it you will be hard pressed to find a spacious 3 bedroom home with a yard and in a good neighborhood for under $900 in other major citites.  In fact you would be lucky to get a studio apartment for that price.