40 of Philly's Top Chefs Will Be Serving at the Ya Gotta Try This™! Tasting Party Hosted By Mike Jerrick! - Wooder Ice 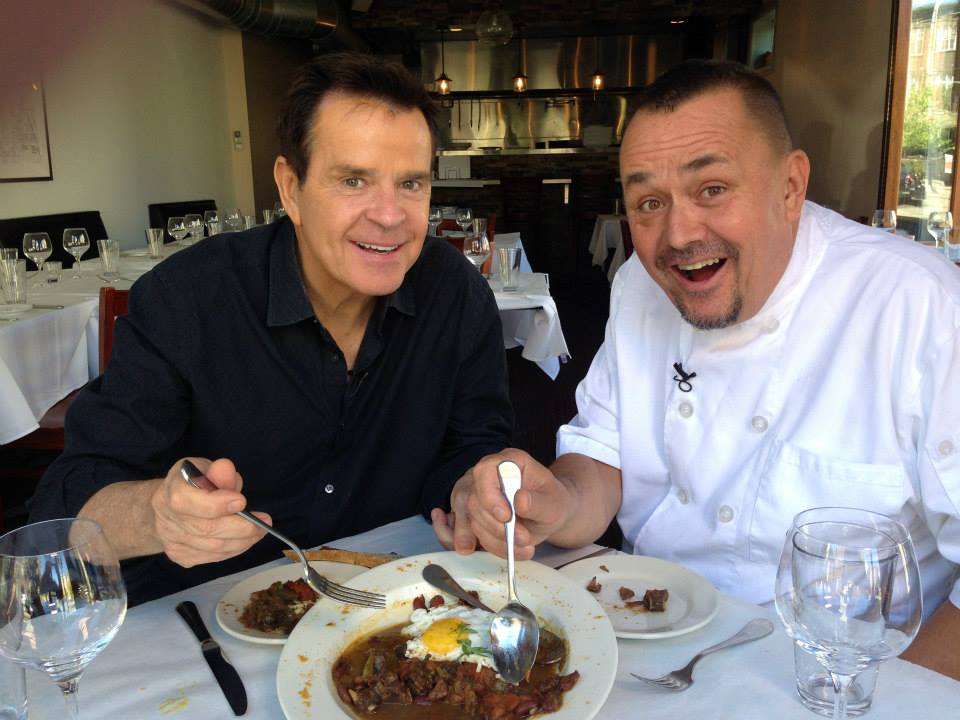 40 of Philly’s Top Chefs Will Be Serving at the Ya Gotta Try This™! Tasting Party Hosted By Mike Jerrick!

40 of Philly’s Top Chefs Will Be Serving at the Ya Gotta Try This™! Tasting Party Hosted By Mike Jerrick!

On Monday, October 21st , Fox 29’s Good Day Philadelphia co-host Mike Jerrick and CORE board member Barry Gutin of Cuba Libre Restaurant & Rum Bar are bringing Jerrick’s popular “Ya Gotta Try This™”  TV segment to life with a 1,000-person tasting party at Vie by Cescaphe at 600 N. Broad Street in Philadelphia. The delicious “walk-around” tasting event will deliver an evening filled with food and drinks prepared by 40 of the most talented chefs and restaurateurs in Philadelphia. The event is presented by and benefits the nationwide non-profit organization CORE (Children of Restaurant Employees, Ltd.). CORE is a one-of-a-kind charity, as it’s the only organization that specifically supports the children (and families) of restaurant employees when tragedy strikes.

While CORE grants support to food and beverage service families at all levels and in all positions, it is unusual that the need befalls award winning chefs. In 2015 CORE provided vital support to the family of Executive Chef Eli Kulp of Philadelphia’s Fork and High Street restaurants — who gained recognition in 2014 as one of Food & Wine magazine’s “10 Best New Chefs in America,” as well as being a finalist for the 2016 James Beard Award for “Best Chef Mid-Atlantic.” After the Amtrak Northeast Regional No. 188 train derailed and wrecked, Chef Kulp was left paralyzed, unable to work and with medical bills piling up. CORE stepped in as a benefactor for the Kulp family, assisting with family transportation to join Eli during his rehabilitation in Atlanta and childcare upon his return home. As with all their grant recipients, CORE now considers the Kulp Family as part of their own.

The upcoming event will bring to life Jerrick’s “Ya Gotta Try This™”  segment on Fox29’s Good Day Philadelphia, where the long-time anchor spotlights a variety of delicious and often out-of- the-box dishes from local restaurants. Participating chefs and restaurants include Townsend Wentz of Oloroso, A Mano, and Townsend; Nick Elmi of Laurel, ITV, and Royal Boucherie; Josh Lawler of The Farm and Fisherman; Guillermo Pernot of Cuba Libre; Jose Garces of Stella; Jean-Marie Lacroix of Brûlée Catering; and Brian Duffy of Ardmore QCTO Artists, a local full-service event entertainment company with over thirty years in business, will be sponsoring the event by providing a DJ, sound system and technical capabilities for video presentation at the event.

Barry Gutin’s ties to the Philadelphia restaurant and nightlife community stretch back beyond the founding of his hospitality company, GuestCounts Hospitality. The company’s Cuba Libre Restaurant &amp; Rum Bar opened its flagship restaurant in Philadelphia in 2000, and now includes locations in Atlantic City, Orlando, and Washington, D.C., with Fort Lauderdale and San Juan outposts slated for 2020 openings. As a board member of CORE, Gutin is tirelessly committed to ensuring that food and beverage service families have an emergency outlet for support if a catastrophe strikes. He is incredibly proud of the overwhelming enthusiasm the event has garnered. “We had an extremely positive response from the restaurant community as soon as we
announced this event,” said Gutin. “There’s no doubt that this will be one of the best tasting events in the city this fall.”;