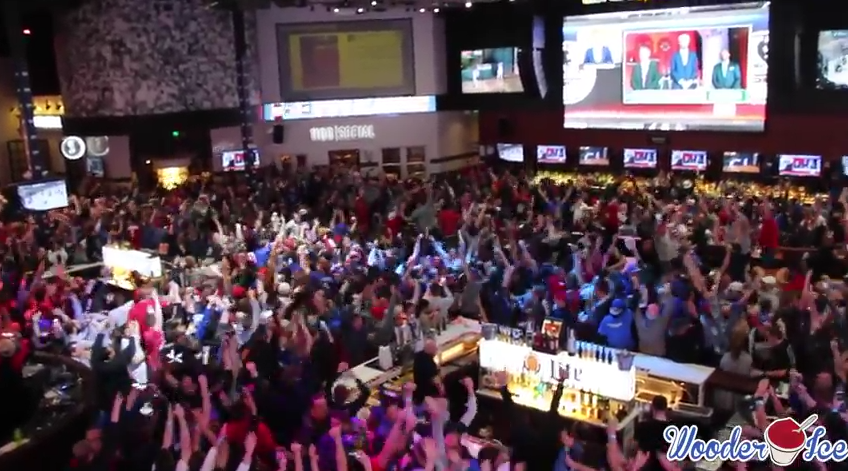 The 2016 Rights to Ricky Sanchez Recap

Being a Sixers fan expedites the aging process.  We’ve been habitually devastated and emotionally damaged so much over the years that we can teach Drake a thing or two about heartache.  We’ve experienced every possible way to be disappointed from loosing season to loosing players to having countless potential stars become duds. Having high draft picks the last few years has been the equivalent of putting a butterfly stitch over our gaping wounds.  Heck the possibilities of making the playoffs has been so far fetched lately that fans are flocking draft parties just have have a reason to celebrate.

The Rights to Ricky Sanchez is the brain child of 94WIP personality Spike Eskin.  Named after the Puerto Rican Bball player, Ricky Sanchez who never suited up for the Sixers but the team held on to his rights from 07′ to 2012.  The rights to Ricky Sanchez was then traded to the Grizzlies in return for Forward Sam Young.  Now in its 3rd year, this gathering of Sixer hopefuls is much more than a party to share fandom, but rather to reassure one another that rocking the red, white and blue will eventually be worth it when we get a chip.  However, the Sixer fan base has been divided since the departure of former GM Sam Hinkie who is largely responsible for the void of veteran talent and tanking seasons in an effort to secure lotto picks.  His “process” has many doubters including notorious radio/T.V personality Howard Eskin.

The 2016 Rights to Ricky Sanchez set the stage to prove whether or not Sam Hinkie’s plan was genius or down right awful.  Going into the night the Sixers had a chance to secure two picks in the top 5, contingent on Los Angles being picked out of the top 5.  As the anticipation was building before the announcement, the vibe of the crowd was a concoction consisting of a handful of uncertainty, a touch of un-wavered loyalty and a pinch of hope.

Wooder Ice was on hand to see just what was going on in the heads of Sixer die-hards as well as the thoughts of the WIP crew including the host Spike Eskin and his “hater” dad Howard Eskin.  Check out our recap of the 2016 Rights to Ricky Sanchez and see just how important this event is to Sixer nation.