12 Reasons Why Summer in Philly is the Sh#t! - Wooder Ice 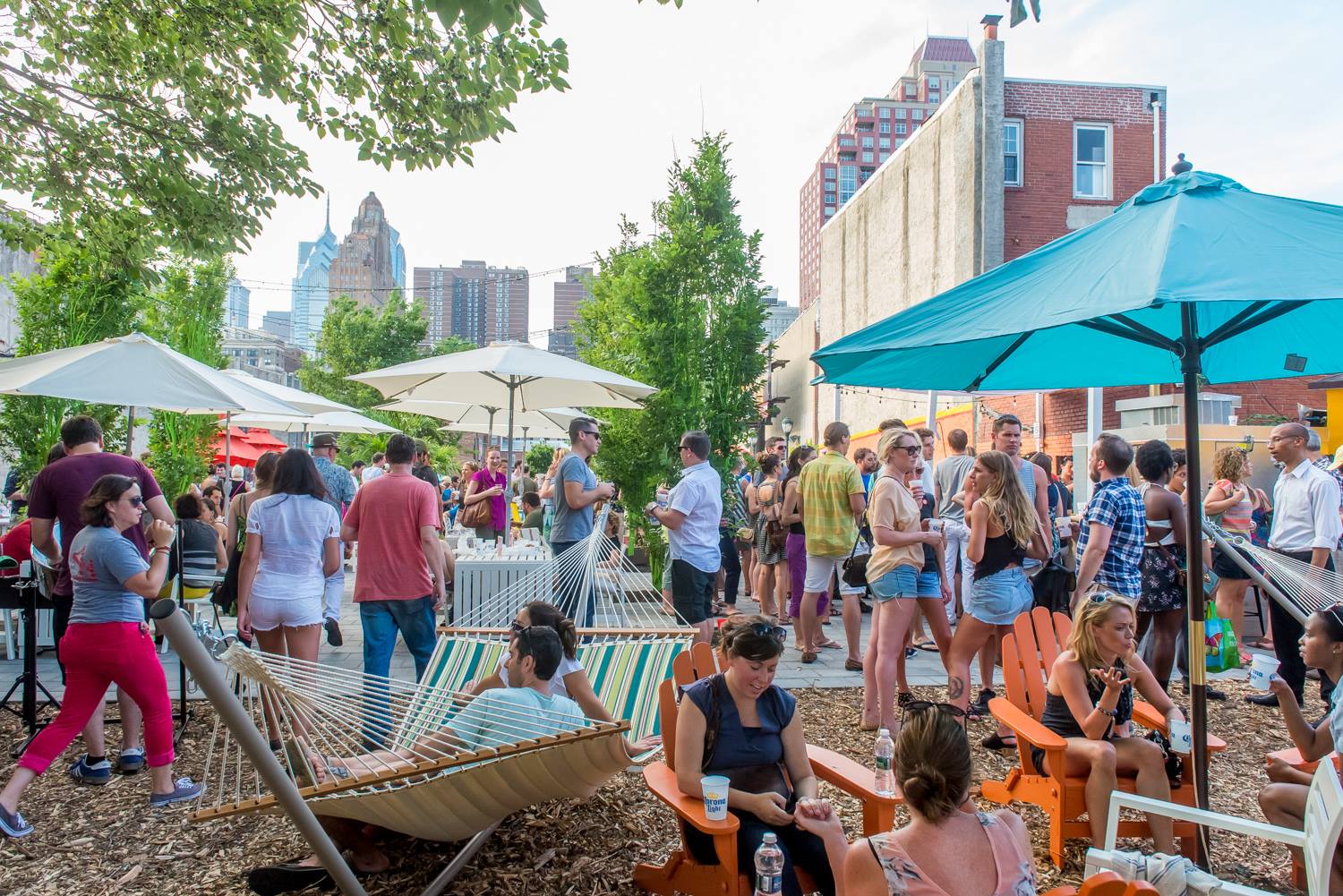 12 Reasons Why Summer in Philly is the Sh#t! 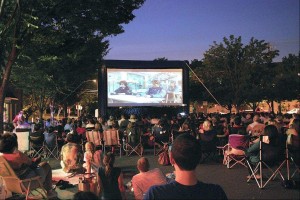 Last year we presented you with The Ultimate Guide to Outdoor Movies in Philly.  Although this summer’s guide is still in the works we can say that there will be even more parks throughout the city screening classic flicks throughout the summer.  These events are a great excuse to get out of the house and enjoy the city.  From popular spots such as Penn’s Landing to neighborhood spaces such as Hawthorne Park, there’s a scene for everyone.   So start planning the perfect family night, date night or a chill night out with your friends because the summer movie scene in Philly is beginning to heat up. 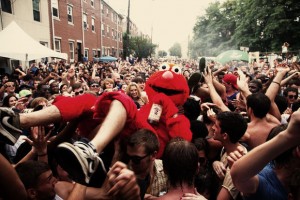 Hey we’re talking the birthplace of the mother of all block parties, Mad Decent.  If there’s one thing Philadelphians know how to do, it’s throw a block party.  In fact so many block parties go on in the summer (some without permits) that it can become a challenge just to drive through neighborhoods.  Philly block parties when done right are awesome events to mingle, relax and just have a great time.  So brace yourself because block party season is upon us! 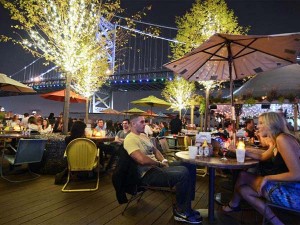 We decided to lump these two together because frankly we can.  Nonetheless let’s get excited for the overwhelming number beer gardens and restaurants that provide cool outdoor spaces.  Popular spots such as Independence Beer Garden, Rouge and Frankford Hall and Morgan’s Pier get swarmed by Philadelphians looking to basque in the sun while downing their favorite drinks. If you’re looking for more of a ducky spot, you can literally wonder aimlessly and stumble upon a place with a trendy outdoor area,  which is one thing what makes this city so great. Cheers! 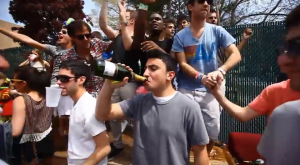 Hey we love the college kids.  Not only do they help stimulate the local economy, they also provide a vibrant energy in the city.  However, you know that feeling you get when you remove yourself from a loud and noisy room and get a sense of piece and quiet? Well that’s Philly in the summer when the college kids are home for summer break.  Nightlife and partying tend to slow down here and the pace of the city steps down a notch.  It may seem like Philly gets a little boring but truth be told, locals embrace the change of pace not to mention the parking situations seem to greatly improve as well. 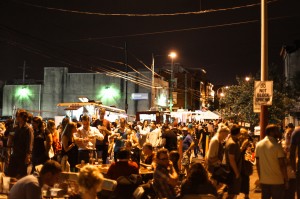 Realistically Philly doesn’t have much in the way of natural attractions such as a beach, hiking, camping and all of the other activities associated with summer but what we do have going for us is the food.  We love to eat, so when the Food Trust’s Night Market rolls around during the summer it can be an overwhelming experience.  Those that don’t like large crowds shy away while others love to get lost in the sea of foodies looking for the next dish to Instagram and brag to their friends about.  Whatever the case may be, Night Market is one event that makes Philly a dope place to be during the summer. 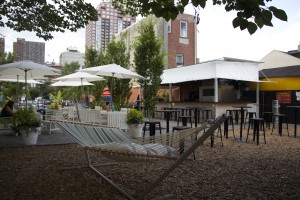 We recently rolled-out our preview of 3 Pop-Up Parks Coming to Philly which highlighted some spots that will be sure fire magnets for those looking for an urban oasis.  Usually equipped with a bar and ultra relaxed seating areas these are much needed areas that Philadelphians can escape to and get a sense of “getting away from it all.” Living in an urban environment such as Philly, open spaces let alone green spaces are at a premium.  With urban development spreading like wildfire, we have to cherish the lots, parks and open spaces that remain. 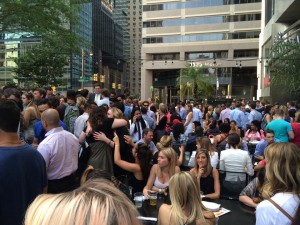 Center City Sips, or commonly referred to as Sips when you want to feel hip, is the ultimate happy hour in Center City.  Just about every establishment participates providing a festive atmosphere where the business and nightlife worlds collide.  Many places provide live DJ’s that give a day party feel where ties get loosened, networking gets done and a little courtship takes place. Sure other city’s may have variations of Sips but it has quickly become a staple in the Center City culture so much so that many of us count down the days before it kicks-off for the summer. 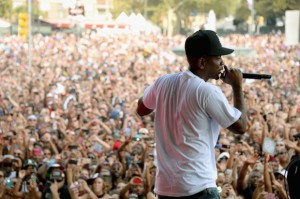 Made in America is the single biggest event that happens annually in Philly.  It’s a mega event that is awesome in many aspects but it’s just one of many outdoor concerts and venues spoiling Philadelphians with entertainment.  Venues such as The Mann Center and The Great Plaza at Penn’s Landing showcase world class talent throughout the summer.  Sprinkle in concerts at local parks and pop-up events and you’ll find no shortage of live entertainment happening in Philly. The only downside is not having the time to attend them all! 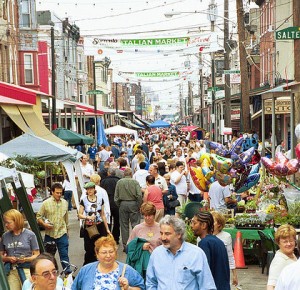 Every city and town in America has them but there’s just something about the Philly festivals such as the Italian Market Festival, South Street Festivals and the numerous festivals that happen in Manayunk.  They all seem to attract record crowds often showcasing the best in local food and beer which puts these festivals heads and shoulders above out-of-town festivals. 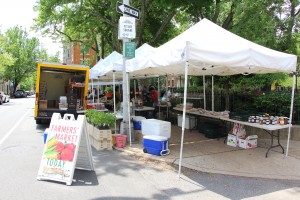 We all have a little health conscious nut living within us.  Some are all about it while others tend to take a more a laid back approach to healthy eating.  Wherever you fall in line just know that Philly is home to great farmer’s markets that boom in the summer months.  They’re perfect for fresh produce and items to kick your summer BBQ’s up a notch  If you aren’t up on some of the locations, no sweat because you know we have you covered.  Check out last summer’s Guide to Philadelphia’s Farmer’s Markets and get that suburban feel here in the city. 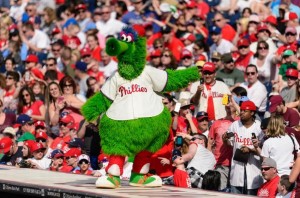 So we’re far removed from the 08′ squad that brought home the chip but baseball is synonymous with summer.  There’s no feeling like hitting up the ball park and watching a game.  Luckily for Philadelphians we have a damn good park with damn good vendors. Bleacher Report ranked Citizen’s Bank Park #7 in in all of baseball in terms of food.  It’s almost like going to a festival and a baseball game breaking out.  Besides the bright side of the Phills stinking it up is that fact that tickets are insanely cheap now.  In fact we’re sure there are a few ticket holders looking to just give them away so take advantage! 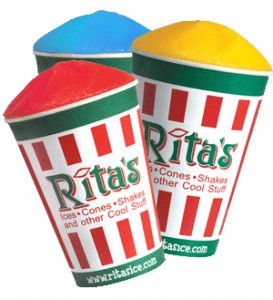 Shameless plug but regardless it deserves a slot on our list.  Out-of-towners are usually baffled when they first hear about water ice.  However, once a Philadelphian explains to them   in layman’s terms that it’s essentially “Italian ice,” there’s usually an “ahhhh” that follows.  Regardless it’s a Philly treat we all grew up on and when summer hits we scurry to our favorite stands.  There is definitely no shortage of places to get water ice, heck there are even trucks rolling around like Mr. Softee’s estranged cousin.  So yea, water ice definitely rounds out our list on why Philly is the shit during the summer.