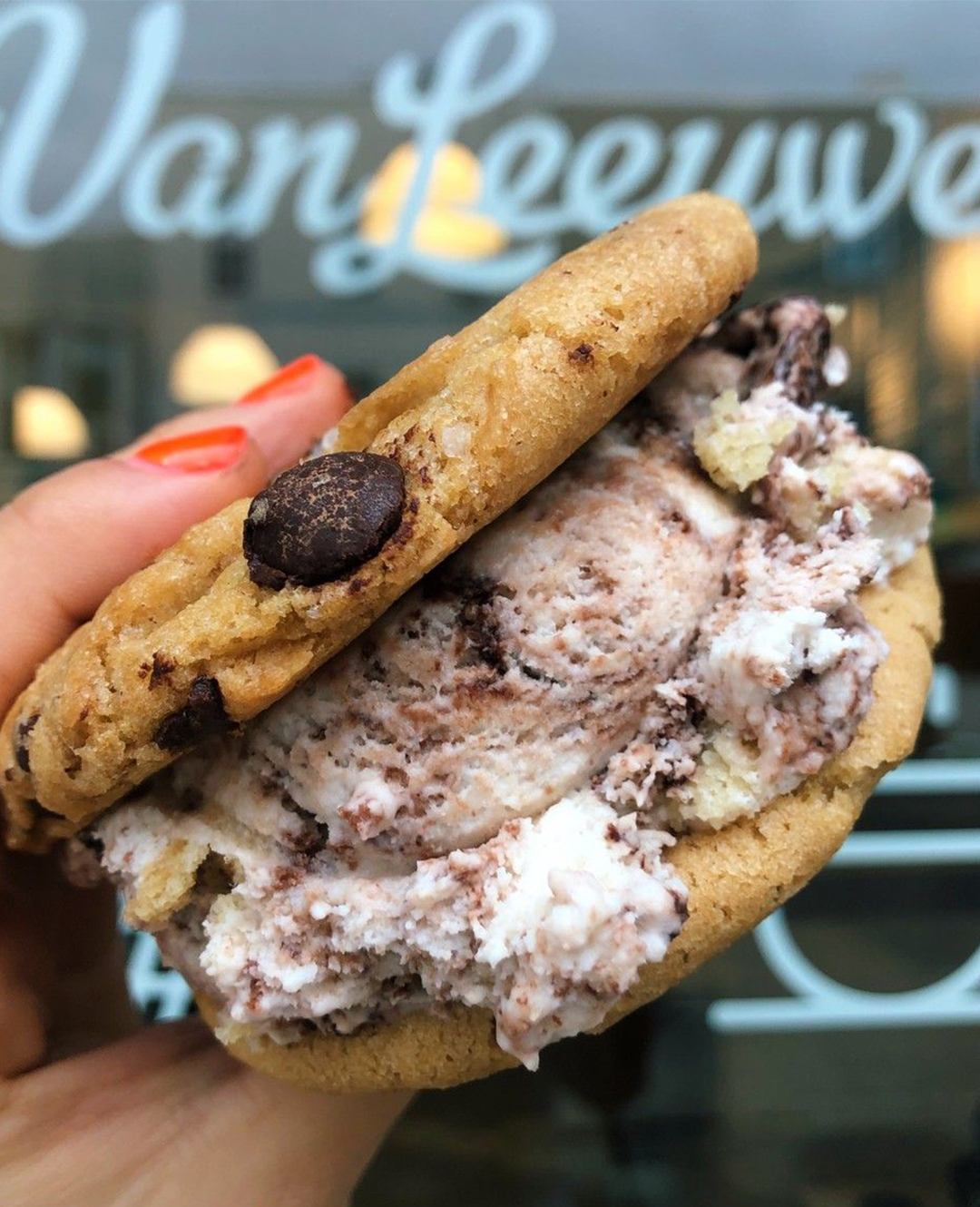 Van Leeuwen Ice Cream, the nationally recognized brand known for its made-from-scratch dairy and vegan ice creams, has announced the official opening of its first-ever Pennsylvania store in Philadelphia. Located in Midtown Village at the northeast corner of 13th & Sansom streets, the scoop shop will officially open to the public on Wednesday, August 18, 2021.

Since starting as an NYC food truck in 2008, Van Leeuwen has expanded into grocery stores across the country and opened retail scoop shops in New York, California, Texas and now Pennsylvania. To commemorate the brand’s much-anticipated first Philly location, and 25th scoop shop overall, Van Leeuwen will be offering $1 scoops all day long from 11am – midnight. Plus, be one of the first 100 people in line and you’ll receive a complimentary swag bag filled with exclusive Van Leeuwen merchandise made in partnership with local mixed media and street artist Amberella, known for her signature heart messages found around Philadelphia’s streets, walls and windows.

“Opening a Van Leeuwen scoop shop in Philadelphia means so much to us from personal and brand standpoints,” says Ben Van Leeuwen, co-founder and CEO of Van Leeuwen. “My and my brother Pete’s grandparents were born and raised in Philadelphia, and our co-founder Laura O’Neill still has family here. With Philadelphia practically being in New York City’s backyard, it feels like a coming home of sorts. Looking at Philadelphia from the business side of things – we’ve always been enamored by the city’s awesome street scene and the bustling energy along 13th street. Combined with the nationally recognized attention the city’s culinary landscape has garnered in recent years, Philadelphia felt like the perfect next step for us.”

Beginning Wednesday, August 18th, Van Leeuwen will be open seven days a week from 11am – midnight.