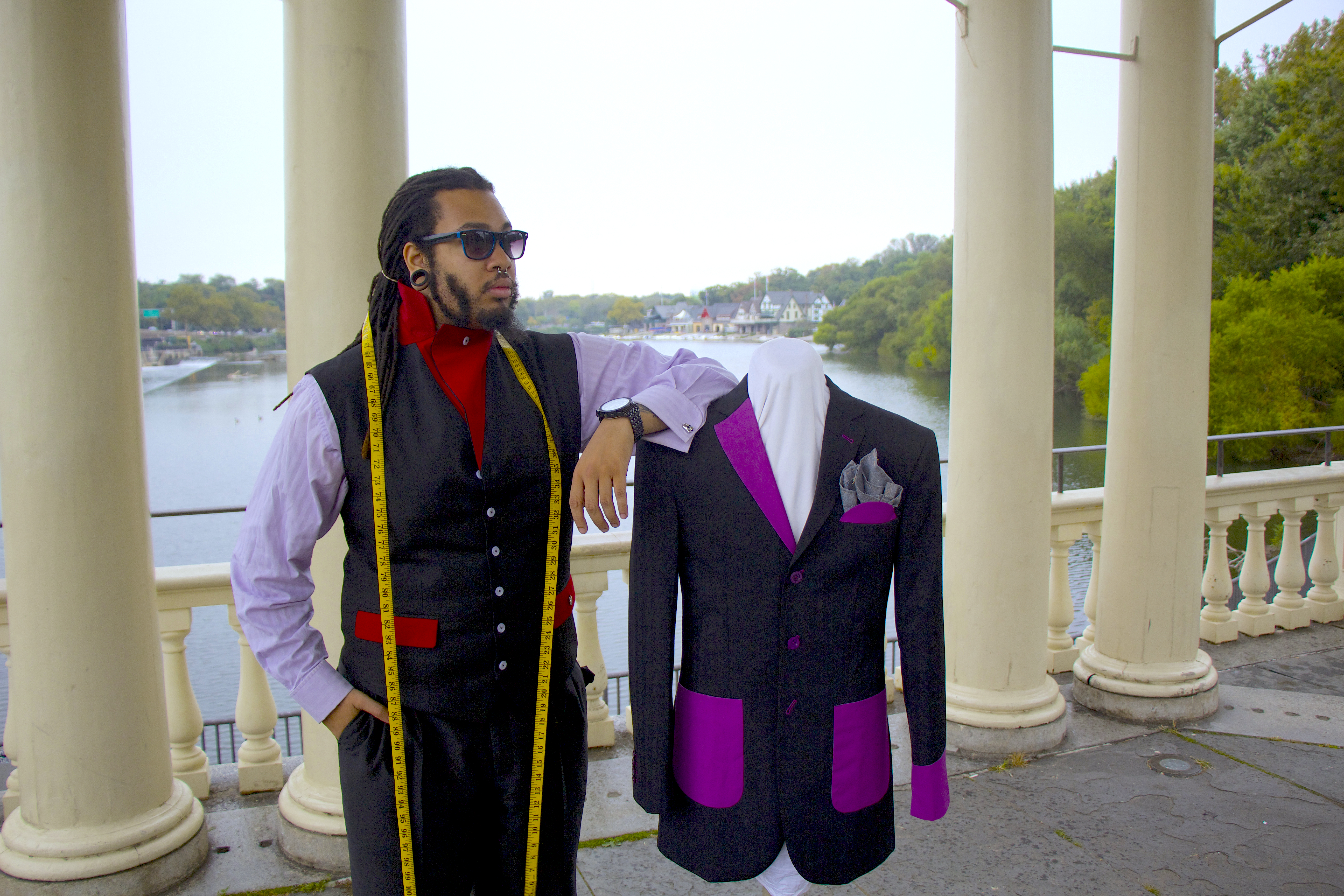 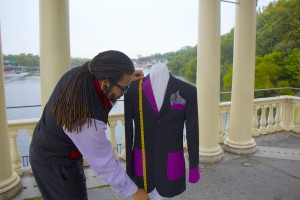 “If you look good you feel good, if you feel good you play good, and if you play good they pay good.”  Although the great Deion Sanders intended this quote to describe an athlete’s attitude it can be applied to fashion, particularly tailored and custom clothing.  Sure anyone can pick a suit off the rack and wear it as serviceable attire. However, nothing gives the look and confidence like a tailored or bespoke suit.

In a city where fashion has been relegated to the back  stove in the fashion world, a young flashy designer has been working on getting Philly on the front burner.  LeGrand Leseur is 24 year old designer that creates suits and attire that are just as unique as his name and his work has not gone unnoticed.  A fresh face in the fashion scene, LeGrand has already garnered the attention of high profile media including PHL 17’s Hotlist where he won 1st place for Men’s Clothing & Men’s Tuxedo.  He was also a finalist in Vanity Fair’s International Best Dressed Challenge and has been dubbed “The Next Big Thing in Men’s Fashion” by The Huffington Post. 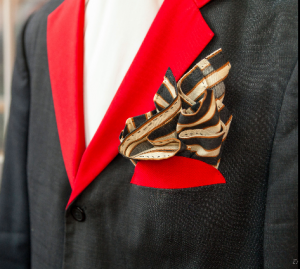 Although Philly has produced many reputable clothing lines, there has been little to no noise made by the city of brotherly love in the bespoke suit industry.  Having successfully produced t-shirts while in college, LeGrand made the conscious decision to change gears and make a name for himself by producing men’s suits.   This transition was sparked after realizing that he was selling shirts, yet he never wore t-shirts himself.  Instead LeGrand found comfort in sporting dapper attire such as suits throughout his time at college. This may seem offbeat for a college student but being different has always been LeGrand’s M.O. 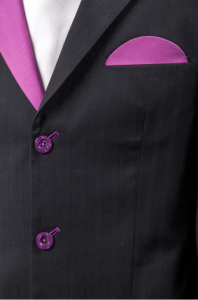 Feeling like Philly had nothing to offer but cookie cutter attire, LeGrand decided to enter into the world of tailored and bespoke suits and provide not only diversity but also a way for men to express their individuality.  “The Philly fashion scene I think is pretty dead.  A lot of it is regurgitated stuff that happens in NYC,” LeGrand claims firmly. Looking to make his mark not only in Philly fashion but fashion in general, LeGrand is also on a mission to breathe life into an industry that seemingly has been pronounced dead on arrival.  You’d be hard pressed to get a generation Y male into a suit let alone a tailored suit, yet Mr. Leseur has made it his mission to provide services that are seldom seen around these parts.  Not being restricted to a storefront, LeGrand works by appointment only and travels to his client’s locations for fittings, material selection, as well as general fashion consultations.  A sort of clothing concierge if you will. Normally these types of suit peddlers are stereotyped as Wall St. tailors that cater to the ultra rich.  However, LeGrand knows his market and provides his services not just for those that are loaded but those passionate about style and expression through clothing.

When looking at his work it’s obvious that LeGrand has created his own lane in terms of bespoke suits.  His trademark designs include one sided lapel colors, oval pockets, and contrasted sleeves. Although many of his suits share similar features, Leseur explains that each one is uniquely made. “The biggest thing about me is I basically do men’s couture work.  I don’t make any duplicates on any of my designs.”  His eye for detail and fearlessness to push boundaries has gotten LeGrand on the radar of many in the fashion world but LeGrand feels like he is just warming up. “I have to keep expanding.  I definitely want to get watches in.  I’ve been talking to my watch maker and my jewelry guy, so I will be getting watches.  I want to get women’s dresses made as well,” LeGrand states. 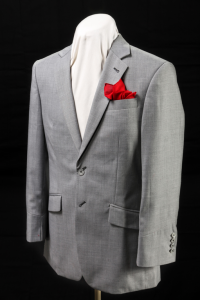 Not everything LeGrand makes is flashy. Simplicity is also in his wheelhouse (photo cred Brian Hunt of Ethimo Photo)

At the moment he has a lane all to himself.  While the majority of tailors and bespoke suit makers are busy creating dull colored suits with what seems like industry standard pocket squares, LeGrand has been busy finding uncommon and discontinued fabrics to create eye catching pieces and his selections has been separating him from the competition and he knows it, “There really aren’t any designers that are really doing anything or pushing the boundaries at least.”

Of course not everyone is going to understand some of the designs and patterns that LeGrand orchestrates, but as a person who is comfortable being different he’s okay with that.  As an up-and-coming designer your first step is to create a splash and turn heads.  Having turned the ripples of his splash into a wave, Mr. Leseur’s plans at the moment are to continue to build upon his client base and eventually expand his brand into a fashion house.  His creativeness is almost outweighed by his passion to make others feel better and more confident about themselves through the use of his suits.  “It’s all going to fit better.  It’s going to feel better.  Your clothing looks better, your going to feel  better about yourself.”Although he is doesn’t have the accolades of Deion yet, LeGrand has already hit his designs out of the park.

To Reach LeGrand Leseur for Appointments or Consultations: