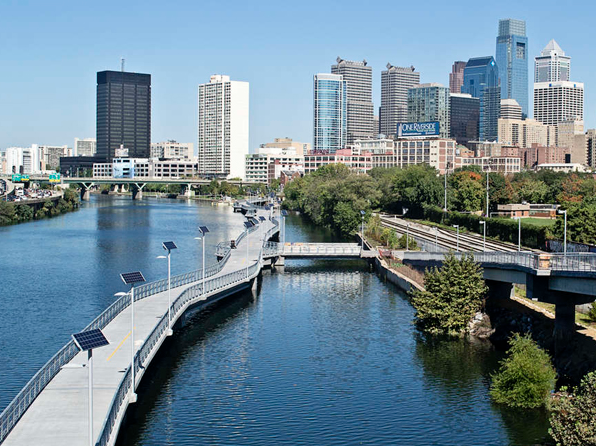 A new edition to the city scape is set to open this Thursday.  The Schuylkill Boardwalk, which will span from Locust St. down to South St. along the East Bank of the Schuylkill River will feature 15 ft wide walkways.  Running about 2,000 ft. in length, the boardwalk will be a prime location for runners, bikers, and pedestrians to enjoy the  outdoors and take in the city skyline from a whole new perspective.

In recent months there has been a lot of buzz from the Delaware River waterfront.  However, the city has not neglected the Schuylkill in which scores commuters drive along on there way to and from the city. The coolest feature of this boardwalk is the fact that it was built 50 ft. from the banks, giving the illusion of walking on the river rather than along side it.  At several points along the walkway the width stretches from 15 ft. to 23 ft.

The total spent on the project was  $18 million and is one of many upgrades the city plans to facilitate to improve the aesthetics of the city.