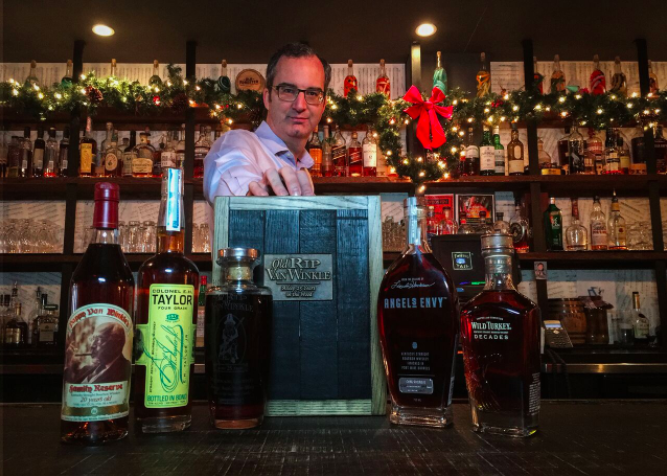 “We are ecstatic to be one of two licensees in the state to have won a bottle of the coveted Old Rip Van Winkle 25 Year and we wanted to create a fun, informative and truly special event to share the experience and spirits with other whiskey enthusiasts,” said Reilly.

Only 710 bottles of Old Rip Van Winkle 25 Year were released worldwide and The Twisted Tail is one of only two licensees in Pennsylvania to have won a bottle in the Pennsylvania Limited-Release Lottery – bottle number 551 of 710. The exclusive tasting event is for the most discerning enthusiast with a ticket price point of $425.

The tasting, hosted in the restaurant’s well-appointed second floor event space, is limited to only 25 guests and some tickets have already been sold.

Reilly, Mixologist and longtime barman, heads up the bar program at The Twisted Tail and often hosts informative discussions on spirits and has brought in noted guests such as industry legend Wild Turkey Master Distiller Jimmy Russell.

The Twisted Tail boasts one of the city’s best selections of bourbons and whiskeys in addition to a well-considered and extensive craft beer selection.

THE SIDECAR BAR & GRILLE LAUNCHES MONTHLY WING JAWN
New Board-Game Cafe “Thirsty Dice” is Coming to Fairmount and Will Feature Up to 1,000 Games!