Tony Hawk is Wowed By All the Philly Skateboarders At the Black Lives Matter Rally! - Wooder Ice 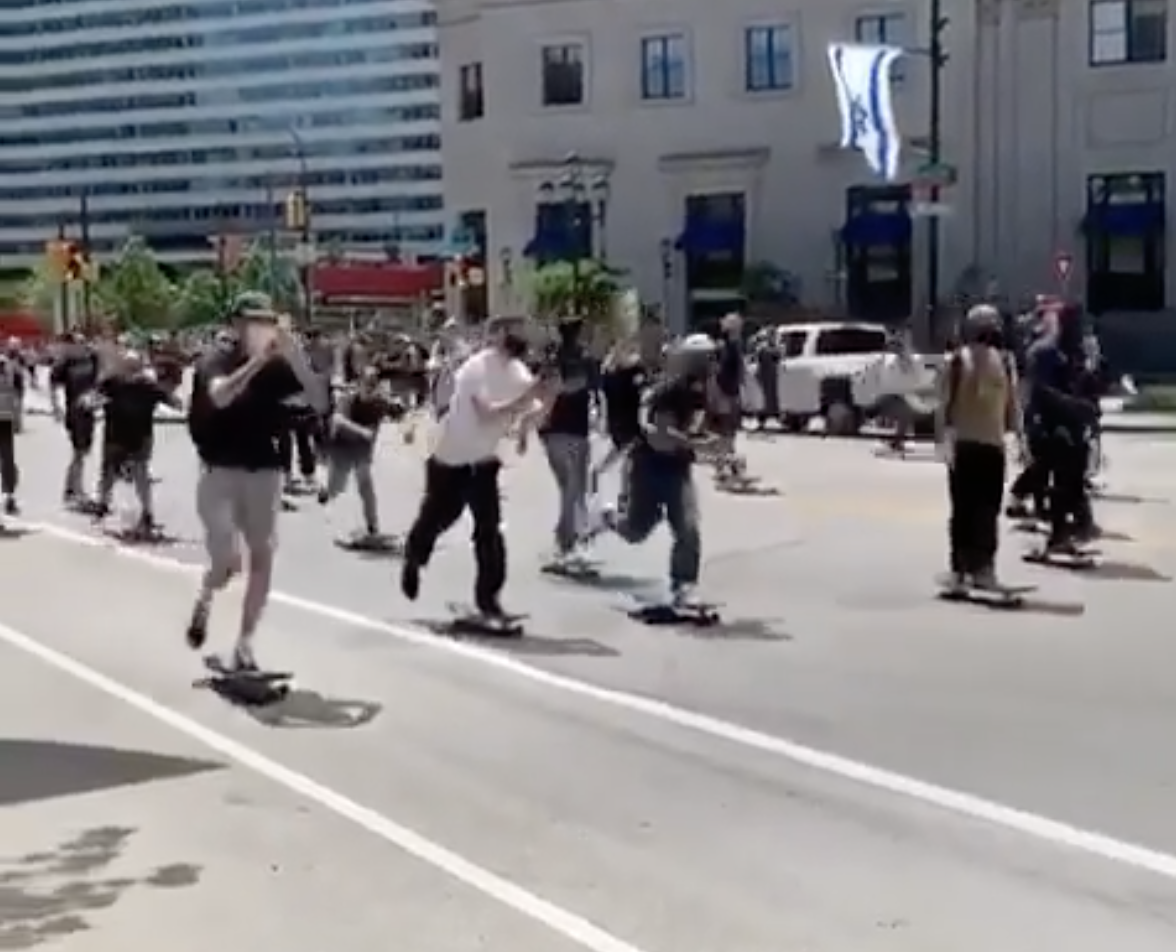 Tony Hawk is Wowed By All the Philly Skateboarders At the Black Lives Matter Rally!

Tony Hawk is Wowed By All the Philly Skateboarders At the Black Lives Matter Rally!

THIS! Thank you Philly. (via @nocturnalskate)

Skateboard legend Tony Hawk recently shared a post showing scores of skaters rolling down the Benjamin Franklin Parkway.  The skaters were part of a rally put together by Nocturnal Skateshop (533 South St.) that participated in the Black Lives Matter protests this past Saturday.

Nocturnal was founded in 2000 by local skate legend Kerry “Hockey Temper” Getz.  Not too far where this video was shot, Kerry Getz became the first skater to successful jump the old Love Park fountain during the 2001 XGames winning him a gold medal.

Over 100,000 people took part in the rally which garnered national attention as one of the largest Black Lives Matter protests in the country.

After 25 Years The Italian Frank Rizzo Mural Will Be Removed From The Italian Market!
Bluebird Distilling is Now Offering Cocktails-To-Go In Reusable Flasks!