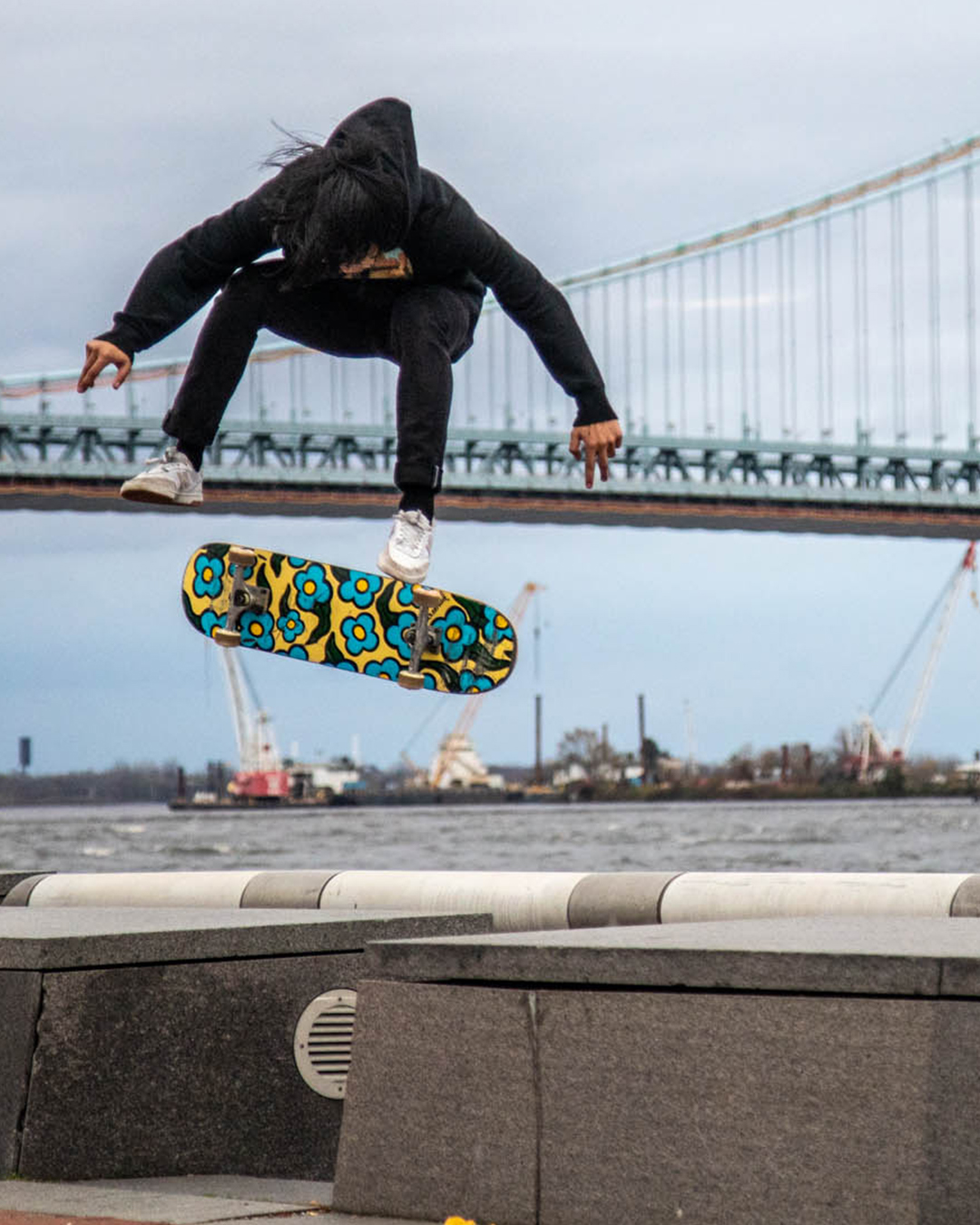 Philadelphia is once again getting the recognition it deserves as one of the most iconic skate cities in the country.  Red Bull has but together a series dubbed “Greetings From” highlighting the best skate cities in the world and included the City of Brotherly Love.  Philly’s shine comes in the form of a 16 minute skate doc dubbed  “Greetings From Philadelphia,”which dives into Philly’s rich skating history.

Greetings From Philadelphia Producer/Director Colin Kerrigan stated, “Viewers can expect to get a quick look into the current day skate scene. Each spot deserves their own documentary especially FDR + Muni but we had to keep it to under 20 minutes. Hopefully after they watch the film, they’ll have a better understanding of the skateboard culture that is thriving in the city right now.” 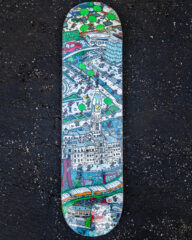 Prior to the redesign of Love Park, the fountain which existed there drew skaters from around the world. In fact Philadelphia even hosted the X-Games two years in a row back in 01′ and 02′ with Philly native Kerry Getz claiming a gold medal  in the first street skateboarding X-Games event with his own jump down the famed Love Park Fountain steps.

Speaking of Kerry his South Street skate shop Nocturnal teamed-up with local artist Sam Cardelfe to to create a limited-edition skateboard deck based on the project. The deck, which features Philly landmarks and skateboarding staples, sold out on its first day available at Nocturnal (more coming soon). Nocturnal is also donating sales to Harding Middle School and its afters school skate program.

“Philly is one of the top 3 skateboard cities in the US and definitely one of the top 10 in the world. There’s a lot of skateboard history here and the current Philly skaters are creating their own legacy just like the older skaters did at LOVE Park + City Hall in the late 90s/2000s. They’re putting Philly back top in the skateboarding world once again,” Kerrigan added.

For those looking to check out this long anticipated doc, you can visit https://www.redbull.com/int-en/greetings-from-philadelphia to check it out!