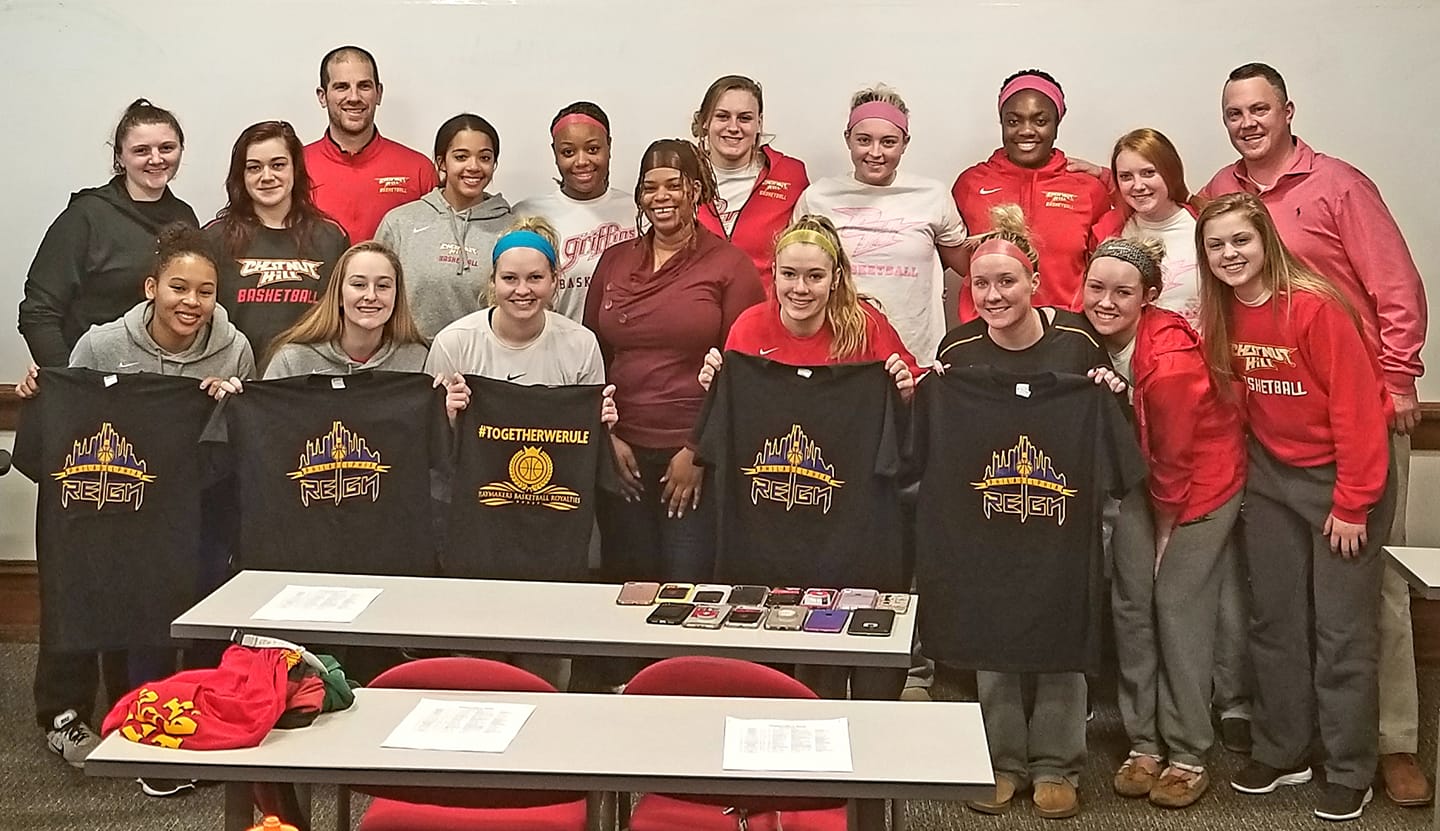 The City of Philadelphia is home to its first professional women’s basketball team in over two decades! Playmakers Basketball Royalties (PBR) owner and CEO and Philadelphia native, Tamika Milburn, purchased the Philadelphia Reign for one reason – to bring to her hometown a high caliber, extremely competitive professional women’s team committed to winning on the court and off the court by improving opportunities for young girls through sports. Ms. Milburn is especially proud to reveal the Philadelphia Reign will partner with Chestnut Hill College. Both organizations share a continued dedication to improving and providing opportunities for kids and supporting their communities.

The Reign will play its 2019 home games at Chestnut Hill College in the Ann Rusnack Sorgenti Arena beginning in May. In addition, Tanae-Davis-Cain has been named as one of the team’s coaches. A Philadelphia native, former WNBA player and Florida State Alum, Coach Davis-Cain has high expectations and is excited to be a part of bringing this opportunity to her home town.

Today Ms. Milburn and her coaches are holding a thirty minute press conference in the arena at Chestnut Hill College at 3pm. She will take this opportunity to introduce the team and share with the city the goals of Playmakers Basketball Royalties and The Philadelphia Reign. Immediately following the press conference The Reign will host their first combine round. From 4pm to 6pm athletes from all over the Philadelphia and tri-State will be in attendance for a position on the 2019 roster.

Playmakers Basketball Royalties is a business veteran and woman owned business, who also owns the Atlanta Monarchs, the first Professional WBB team to bring a National Title to the City of Atlanta. Ms. Milburn is confident the same level of success will happen in Philadelphia, and believes the team will be a tremendous addition to the city. Season ticket holder deposits will be accepted beginning in early March.

Miracle at The Link: DeSean Jack is Coming Back to the Eagles!
(Video) Boxer Tevin Farmer Beat Jono Carroll and Then Treated Him to Cheesesteaks at a Philly Bodega