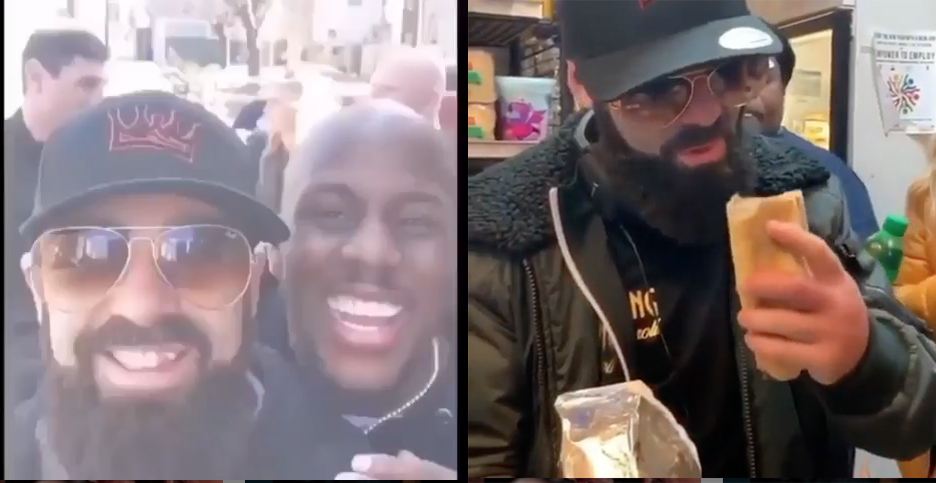 Man talk about great sportsmanship.  Philly native boxer Tevin Farmer who is currently the IBF junior lightweight Champion celebrated a victory in an unusual way.  After defeating  Irish fighter Jono Carroll at the Liacouras Center, the two boxers went out to eat cheesesteaks together.  That’s right.  The two jumped in Tevin’s Rolls Royce with friends and entourage in tow and visited a local bodega to get some cheesesteaks.

Apparently Tevin promised Jono cheesesteaks after the fight and he delivered.  His caption read “Man of my Word.”  The two were very chummy and in great spirits.  Jono didn’t seem too phased losing in a unanimous decision.  So how did Jono Carroll like his steak?  He seemed to love it.  Jono took one bite and said “Oh, it was everything I thought it was going to be.”  No word yet if there will be a re-match but it seems like these might have just became BFFs.

The Philadelphia Reign Becomes the city’s first professional women’s basketball team in over two decades!
“Fool I know Who You Are” Kobe Recalls the Time Nick Foles Tried to Introduce Himself