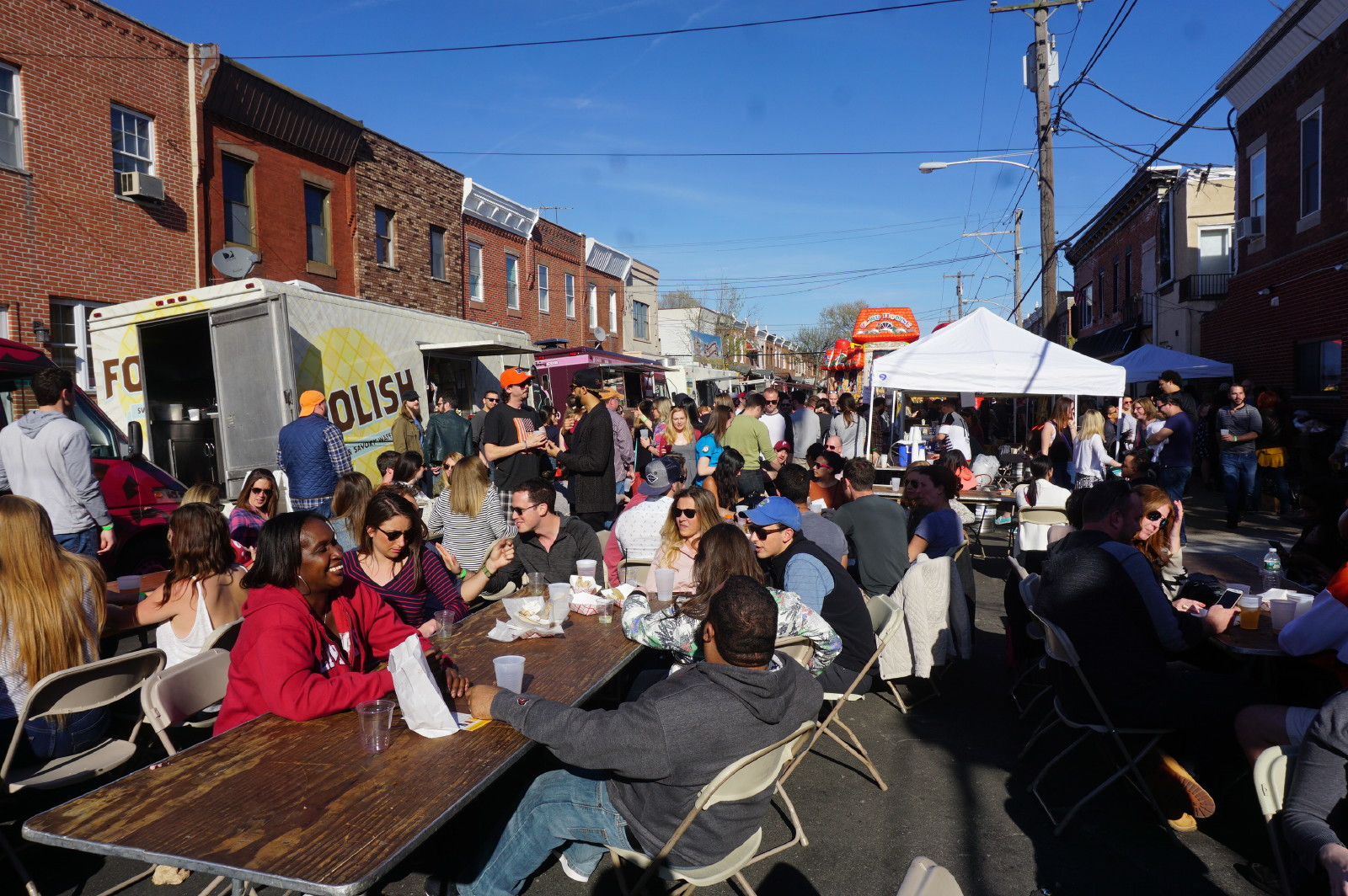 Taproom on 19th (2400 S. 19th) celebrates the return of spring with the third annual “Tappin’ The Trucks, Brews n’ Bites Block Party” on Saturday, April 7, 2018, from 1:00pm to 7:00pm. Five food trucks and six local brewers will pop-up outside of Taproom for an old fashioned block party. Head to South Philly for the afternoon for brews, bites and live tunes. The taps will be flowing with specially priced craft drafts. All food and drink will be pay-as-you-go (cash only). Children are welcome and are invited to enjoy a free bouncy house. Pets are welcome to enjoy the ample outdoor seating with their owners.

“Taproom on 19th welcomes spring every year with a South Philly outdoor block party that showcases the best of Philadelphia’s food trucks and local breweries,” says Taproom co-owner Michael Strauss. “We tapped some of our favorite food trucks and breweries for an afternoon of everything we love – great local beer and an amazing food. Tappin’ the Trucks is also another way to thank our neighbors for their support, while giving the rest of the city another reason to visit South Philly.”

The menus for this weekend include:

Vanilla creme brulee and a variety of other sweet treats!

Draft lists will be announced later this week from each of the breweries stay tuned to Taproom on 19th’s Facebook page for the full list.