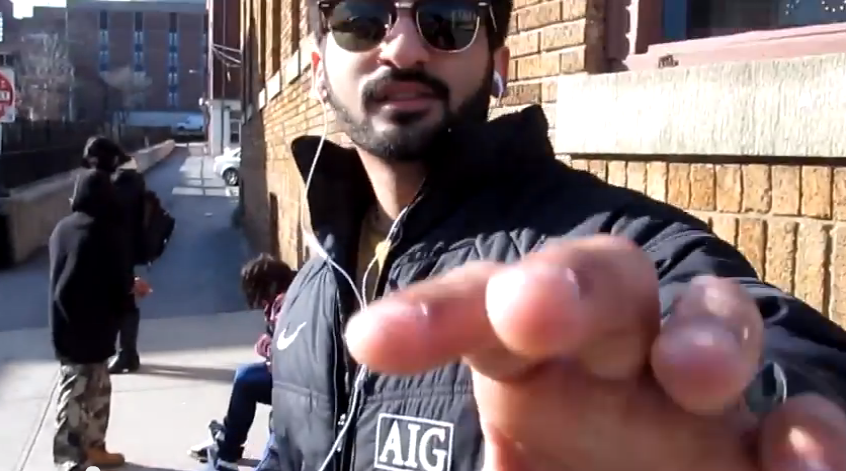 In a simple yet interesting fashion, a man that goes by the moniker Surveillance Camera Man, has been uploading raw footage on YouTube.  Normally this wouldn’t garner much attention, but manner in which he shoots his video is very fascinating.  In a mix of annoying little brother, meets candid CCTV, with a dash of paparazzi, Surveillance Camera Man goes around town filming people unexpectedly and captures their reactions.  While most are visibly upset some don’t seem to mind making a cameo.  The subjects in the videos range from everyday workers to homeless people in their raw state.  It can be a little disturbing at times but it is hard to look away. Below are some more videos from his channel, Check it out!