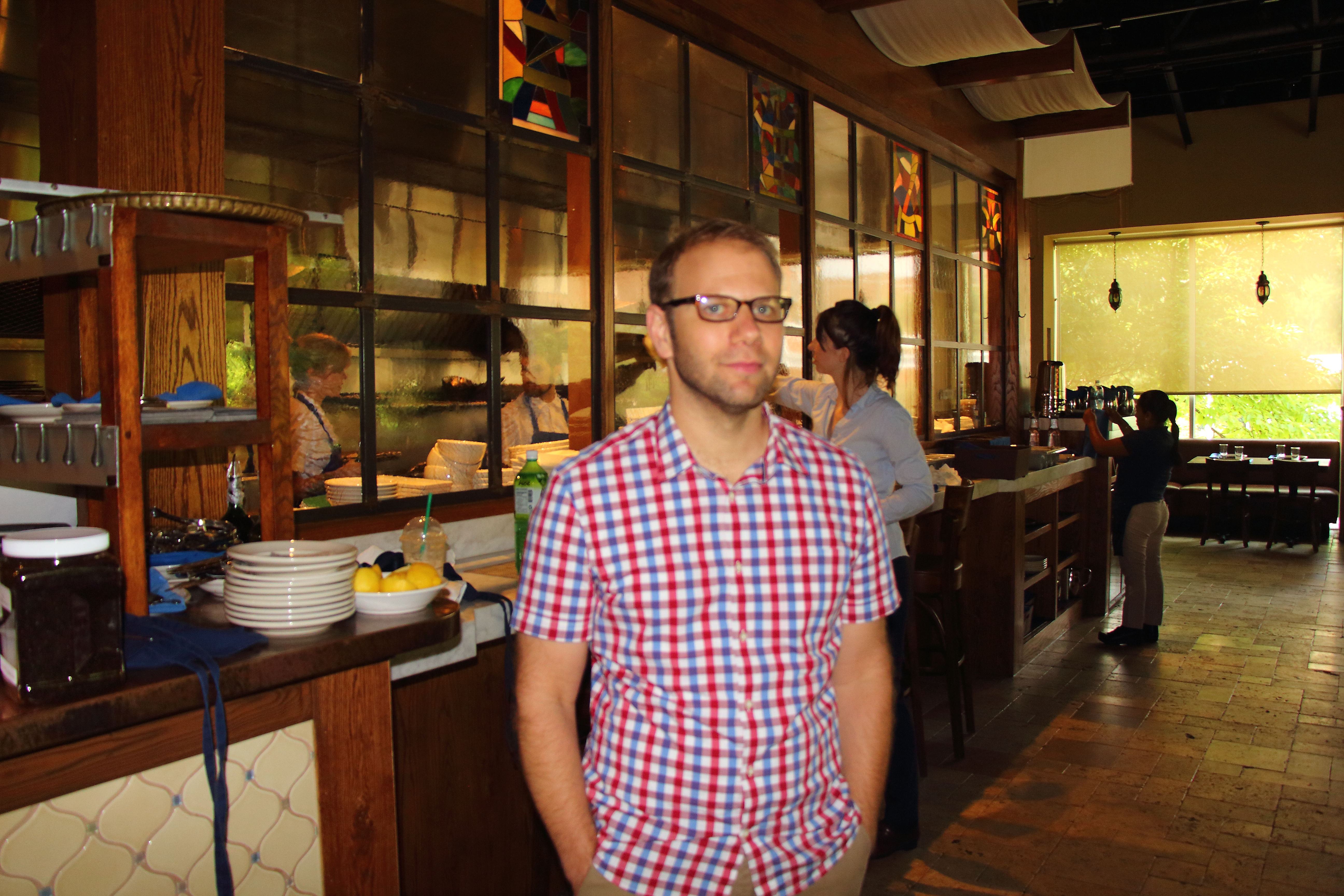 If you’re like most Philadelphia foodies you sort of cringe when people only associate Philly with cheesesteaks and soft pretzels.  Sure these iconic foods are great Philly products but over the course of the last decade or so, Philly’s food scene as been bursting at the seams with highly talented restauranteurs opening up nationally recognized dining venues throughout the city.  These restauranteurs have been making a name for themselves both locally and nationally while producing some of the best food in the country. 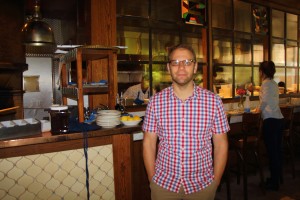 Steve Cook’s passion for culinary arts drove him to change professions and become one of the top restauranteurs in the city.

One highly recognizable name in the Philly food scene is Steve Cook , managing partner and one half of the CookNSolo restaurant group.  The other half of this dynamic duo is Mike Solomonov who helps create some of the most eclectic dishes Philly has to offer.   For those that may not recognize these names and aren’t hip to the culinary scene here in Philly, these guys have produced some of the finest and most prized restaurants in Philly.  CookNSolo’s portfolio consists of the popular Federal Donuts, Percy St. Barbecue, as well as soon to be open Abe Fisher and Dizengoff.  However, they are probably best known for their gem Zahav, which serves up modern Israeli dishes and has been featured in countless publications and shows including Anthony Bourdain’s “Layover.”

As I met up with Steve at Zahav for the interview, you can’t help but appreciate the vision and commitment to put  a place like Zahav smack dab in the middle of the Philly food scene.  In a city where traditional American and Italian cuisine ruled, Zahav was a resolute move. “I think a lot of people would think that [Zahav] wouldn’t be successful anywhere in this country.  but the fact that it’s successful in Philly, the fact that people come from all over to eat here, I think that says a lot about Philadelphia and where the culinary scene is,” Steve explains.

Bold moves is kinda what Steve Cook is all about though.  A former investment banker in New York, Steve had what most would describe as a dream job.  However, unsatisfied with his profession at the time he followed his heart and left his comfy desk job and enrolled in culinary school to pursue his passion of cooking.  When discussing his sudden change in profession, Steve quips “I was an investment banker for 6 years, probably 6 years too long.”

This type of fearlessness carries over to cooking and the bold pairings he and Mike have created over the years.  Take Federal Donuts for example.  A spot where you can grab a doughnut, coffee, and fried chicken. An unconventional restaurant that has become a hit in Philly.  But what drives Steve to keep pushing?  Why not just stop at Zahav? “I guess I get a little restless.  Part of what we do is doing the same thing everyday and consistency is one of the biggest challenges and one of the biggest reasons why we are so successful,”Steve is quick to point out.  It also probably doesn’t hurt that he is following his passion and doing what he loves.  “It doesn’t matter if you had a great meal last night, It doesn’t matter to the customer sitting here today,” Steve adds as he emphasizes CookNSolo’s commitment to consistency and customer service.

CookNSolo’s unwavering commitment to provide great service and food has allowed them to flourish in Philly.  However, they recognize that the people of Philly have allowed them to achieve their dreams and wanted to give back.  So Steve and Mike have created a Kickstarter to create a new restaurant called the Rooster Soup Co.  However, this isn’t any old regular restaurant, as Steve explains the project, “We decided to open a restaurant that will function like anywhere at the end of the day all of the profits go to the Broad St. Hospitality Collaborative which is our local partner organization which provides meals and essential social services for Philadelphians that are experiencing hunger and homelessness.”

It’s obvious that Steve’s heart not only lies with food but also the city of Philly and the residents who live here.  “I love Philly, the people are really down to earth….I like that Philadelphians like to keep it real.  It keeps us grounded and focused on the fact we’re not cooking to please ourselves, we’re cooking to please our customers.”   Steve and Mike’s chemistry shows in the businesses they have created.  Having a partner that shares your vision in and out of the boardroom is key to success.  “Find someone that compliments you, nobody’s perfect.  So to have someone strong where you’re not and to recognize that is huge. It’s a huge reason why we have been successful.”

Although Steve and Mike’s prosperous ventures are just one of the many positive culinary stories coming out of city, it seems as though Philly is continuously looking to gain the worldwide recognition it deserves. Philadelphia embraces the underdog roll better than anyone, after all we adopted Rocky as our unofficial mascot.  As Steve reflected on the Philly food scene when he first got into town and where it is now he expressed, “It was a great [food] scene when I came here but I think it got so much better.  The bar has been raised by the things the chefs are doing here.”  That bar continues to be raised by both CookNSolo and the many great restauranteurs that call Philly home.