So Shake Shack Will be Replacing The McFadden's at Citizens Bank Park. How Do We Feel About This? - Wooder Ice 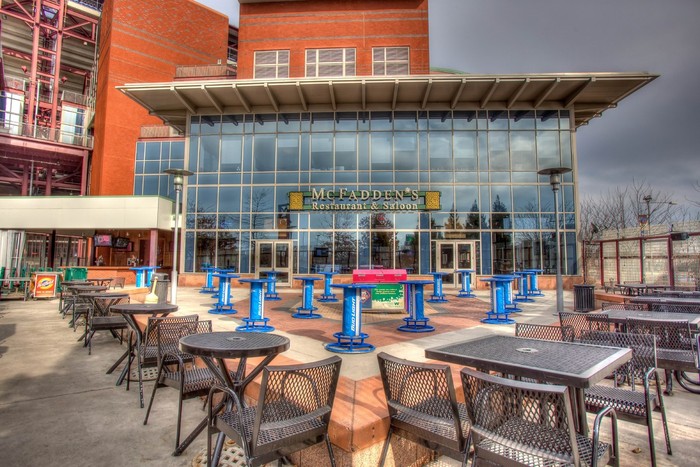 So Shake Shack Will be Replacing The McFadden’s at Citizens Bank Park. How Do We Feel About This?

So Shake Shack Will be Replacing The McFadden’s at Citizens Bank Park. How Do We Feel About This?

One thing I always gloat about is Philly’s rich food scene of local eateries.  I always felt that the city has done of good job of keeping the ratio in favor of local joints.  However, as rents continue to increase the local guys are being pushed out and chains are creeping in slowly but surely.  My worst nightmare would be if the city transformed into the burbs and we’d all be surrounded by California Pizza Kitchens and PF Changs.  Welp, it looks like another bites the dust as Shake Shack will be replacing the McFadden’s at Citizens Bank Park.

A staple in South Philly, McFadden’s was the place to congregate before and after games.  No word on exactly why they have decided to bow out after the Oct. 7th Eagles home game.  I would have to assume that having XfinityLive! across the street doesn’t help business.

Shake Shack has been making a push for sports complexes across the country.  Citizens Bank is their latest venture as they also have a space in the division rival Mets’ Citi Field. It will be interesting how Shack Shack plans to utilize the sprawling space but we will keep you updated.