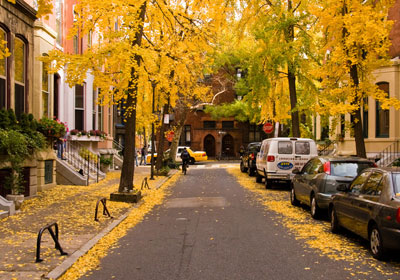 To no surprise to most Philadelphians, Rittenhouse Square’s rent is pretty expensive but how does it compare to other neighborhoods across the country? In a recent story, Apartments.com has released a list of areas with highest rent in the nation.  This list is a little unique since it lists rent by zip codes rather than the cities as a whole. As you would of guessed  parts of New York and San Francisco made the list.  However, some of the areas that made the list may surprise you.

If you were guessing just how they came up with this list, Apartments.com list evaluates how much of a renter’s paycheck goes toward rent, as well as median monthly household income, overall cost of living and inflation.  Although, financial planers and experts suggest renters dish out 25 to 30% of their paycheck towards rent, many of the renters who live in pricier neighborhoods tend to dish out 50% of their paycheck if not more.

A national real estate statics organization called CoStar does a monthly check on the average rent across the nation.  In August the national average was $939, which seems pretty reasonable. Compare that with the list below.

Most Expensive Neighborhoods in the U.S

Research Methodology
Apartments.com created its 14 Most Expensive Neighborhoods for Renters in 2014 list based on the average monthly cost of rent for a one-bedroom apartment (source: CoStar, August 2014) in every submarket (neighborhood) of the 20 urban areas with the highest cost of living (source: census.gov). Median monthly household income (source: census.gov), and inflation [indicated by the percentage change in the Consumer Price Index for All Items from the first half of 2013 to the first half of 2014 (source: bls.gov)] were then evaluated against the single neighborhood with the highest average monthly rent, in each of the 20 urban areas with highest cost of living. Neighborhoods with low qualifying rental inventory and/or a median annual household income lower than the national average ($53,046, source: census.gov) were eliminated. The most weight was given to neighborhoods where a high percentage of monthly household income was spent on monthly rent. In addition, weight was given to high average monthly cost of rent for a one bedroom apartment, high median household income, high cost of living in the urban area, and inflation (based on the CPI percentage change).

Apartments.com compiled the list of least expensive one-bedroom apartments in select cities based on listings in its database as of August 2014, excluding income-restricted housing and excluding properties with one bedroom monthly rents of less than $563 (60% of the average monthly U.S. rent in August 2014).