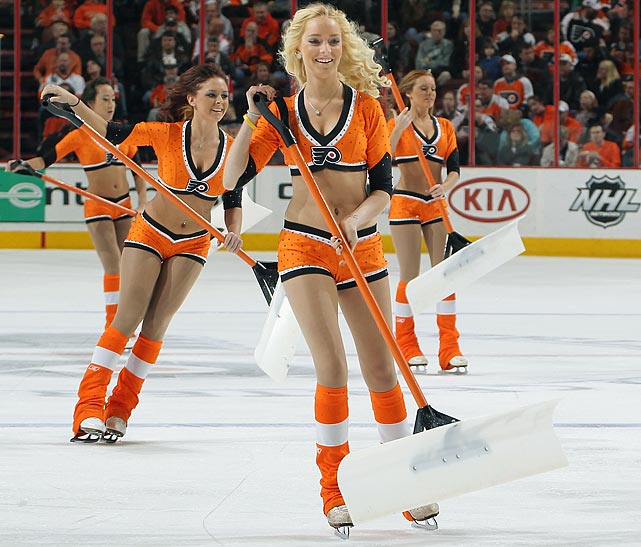 Flyer fans you have spoken and the team has listened. If you may recall earlier this week the Flyers debuted an all male ice team that replaced the traditional scantily clad Fly Girls.  The change which many speculate was due to social pressure and rumors of complaints from fly girls around the league, has now been reversed.

When the new all male crew took the ice during a pre-season game and they were met with a reign of boos.  Many fans including season tickets holders voiced their complaints and the Flyers have now reinstated the  Ice Girls.

In addition to the announcement the Flyers will be holding tryouts for the 2014-15 team this Sunday Oct. 5th at Flyers Skate Zone in Voorhees, NJ.  Tryouts begin at noon, so any females out there planning to join the team, good luck.