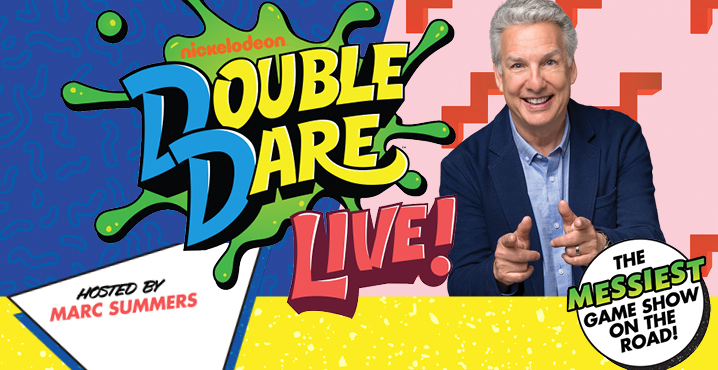 Ready for the Physical Challenge? Double Dare Live With Marc Summers is Coming to Philly!

Ready for the Physical Challenge? Double Dare Live With Marc Summers is Coming to Philly!

If you were a kid growing up in the 90’s then you definitely had aspirations of being on Double Dare.  It was without a doubt the king of kid game shows.  Now Marc Summers and Double Dare is coming to Philly March 28-29th at The Merriam Theater.

There’s nothing like the nostalgia of the era when physical game shows such as Guts, Legends of the Hidden Temple and American Gladiator had us glued to the T.V.  Now the messiest game show of them all has taken their act on the road. Double Dare Live is bringing all the action and excitement of Nickelodeon’s hugely popular TV show to the stage.

All the Slime soaking, pie plastering, and booger busting will be hosted by the Double Dare legend himself (and Philadelphia resident) Marc Summers!

Bring your whole family to the show you loved as a child. You might even get chosen to compete to win by answering brain-bending trivia questions, complete messy physical stunts and even run the legendary obstacle course!