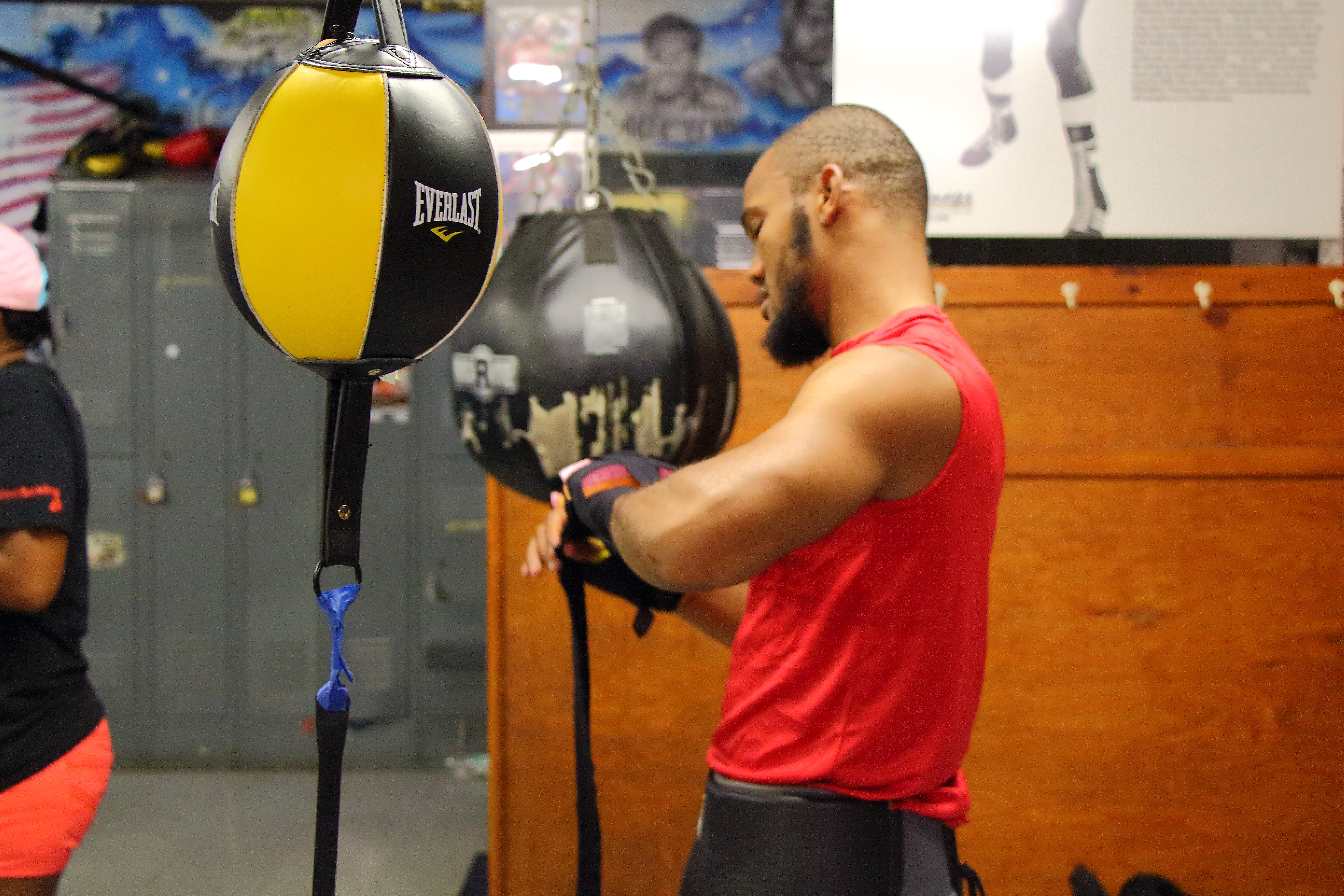 If you aren’t familiar with undefeated boxer Julian “J-Rock” Williams we suggest you check out our interview and feature story.  At 16-0 with 10 knockouts in the junior middleweight division, J-Rock is looking to keep his record perfect when he faces an undefeated Eliezer Gonzalez (14-0, 9 KO’s) on Thursday Sept. 11th in Las Vegas. 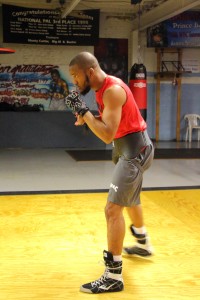 The fight is billed as a pre-card to the Mayweather vs. Maidana fight taking place Sept. 13th.   Since the fight will not be on pay-per-view, folks looking to catch J-Rock in action will need to tune into Fox Sports. Either way Williams is no stranger to the bright lights as several of his fights have been broadcasted on national TV including his last bout with Michael Medina which was broadcasted on Showtime Extreme.

Julian who has knocked out six of his last eight opponents has been steadily gaining the attention of the boxing world.  A win over Gonzalez would definitely propel him into conversations regarding a title shot.  Julian has not been shy on taking on all challengers.  His last seven challengers were no slouches as all of them had double digit wins.  However, his toughest bout will definitely come at the hands of Eliezer Gonzalez.

Many boxing aficionados have even dug up a back story for this fight as they drew parallels between this fight and Bernard Hopkins vs. Felix Trinidad fight that was scheduled to take place on Sept. 15th 2001 but was rescheduled due to the tragic events of 9/11.  Hopkins and J-Rock are both of African American decent and hail from Philadelphia, while Eliezar and Felix are both from Puerto Rico.  However, the ties do not end there as Eliezar is actually trained by Felix Trinidad Sr. who coincidentally was in in Felix’s corner when he squared off against Hopkins.

With nine KO’s, six of which occurred in his last six fights, Eliezar is widely regarded has having punching power.  While this may be a reason for concern, J-Rock isn’t too impressed.  When asked about Eliezar’s current knockout streak Julian commented, “Defense is always important but his knockouts are no big deal to me. Knockouts are only relative to who you are fighting. He hasn’t knocked out 6 Julian Williams’.  I have been on a KO streak myself I hope he does come looking for a KO.”

Since our last interview with Julian we have checked up on his progress during his training.  Working under the watchful eye of Stephen “Breadman” Edwards, Julian’s training regime has been rigorous especially with the summer heat.  Edwards has put together a game plan for the fight and has been preparing Julian mentally and physically to execute.  When asked about his current training regimen and game plan Julian was quick to respond, “Every fight is different but my preparation is always great. I’ve been training since June 9th. The weather has allowed me to do my variety of runs and my sparring has been good. I will be in spectacular shape as usual.”

A win against Gonzalez would be great but the Williams camp knows that they need to win in impressive fashion.  The junior middleweight division is teeming with talented boxers ready for a title shot. A decisive win would definitely separate Julian from the pack.  Eliezer is without a doubt training under a world class trainer and his team is definitely of a championship pedigree.  However, this doesn’t phase Edwards or J-Rock as they feel Eliezer is more of a stepping stone to a title bout rather than a cause for concern.  J-Rock has been very vocal regarding his physical shape and readiness to defeat Gonzalez adding, “In any camp you get a little sore and things like that. But I do my recovery work and I eat good. I feel fine. Eliezer picked the wrong guy.”

Whatever the cards hold for the Sept. 11th bout all of Philadelphia’s boxing fans will have their eyes glued to the T.V as one of Philly’s rising stars looks to make his mark in the boxing world. J-Rock has often been dubbed the future of Philly boxing and this upcoming bout will determine if his future is bright or bleak.