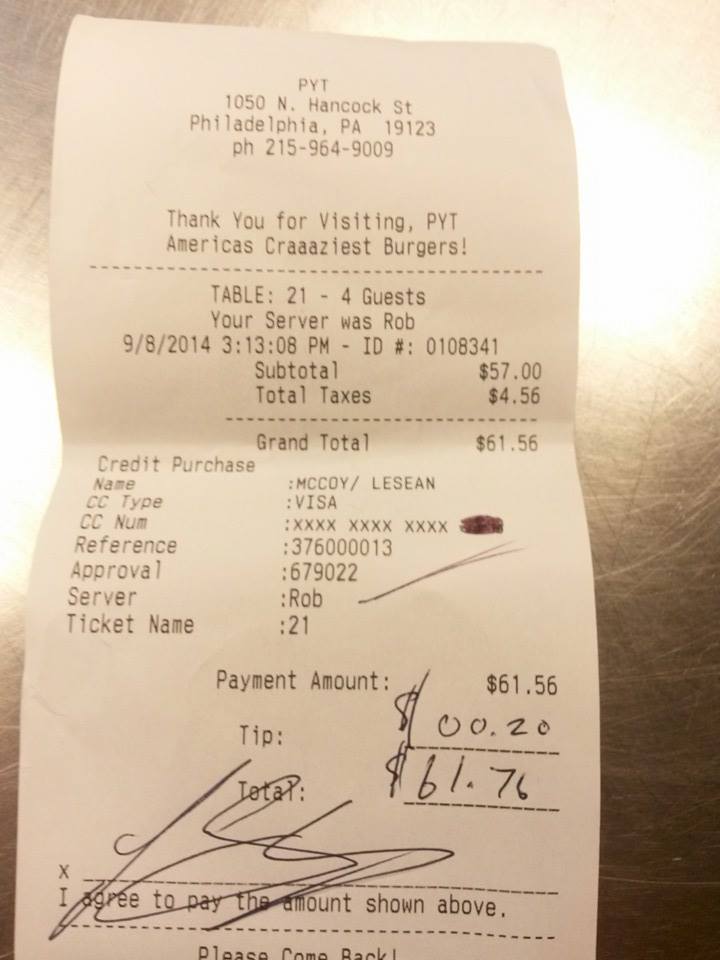 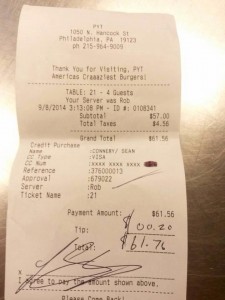 Earlier today PYT posted on their Facebook page showing a receipt for a $61 tab and a $.20 tip.  PYT is claiming that this lousy tip was left by none other than Eagles’ star running back LeSean McCoy.  Although LeSean doesn’t have the squeakiest image especially on social media, some are claiming that the receipt is a phony.

Many have taken to PYT’s Facebook page to voice their opinion on not only the lack of professionalism on PYT’s part but also posting pictures of an identical receipt with a different name (Sean Connery).  Philly.com is reporting that the server as Rob Knelly who has been employed at PYT for 3 years.  According to Rob he stated  “I wasn’t surprised [by the tip], I saw it coming. They were extremely rude. I kept my cool for as along as I could, where you just don’t want them yelling and cursing you.”  Although, Philly.com is reporting that they actually interviewed Rob, many are still not sure what to make of all this.

Scores of other visitors have posted to PYT’s photo and have declared Shady to be an excellent tipper and also very involved in the community financially.  Although no statement has been given by McCoy or his reps, the Eagles fan base seems to be at odds with this new Receipt Gate controversy.