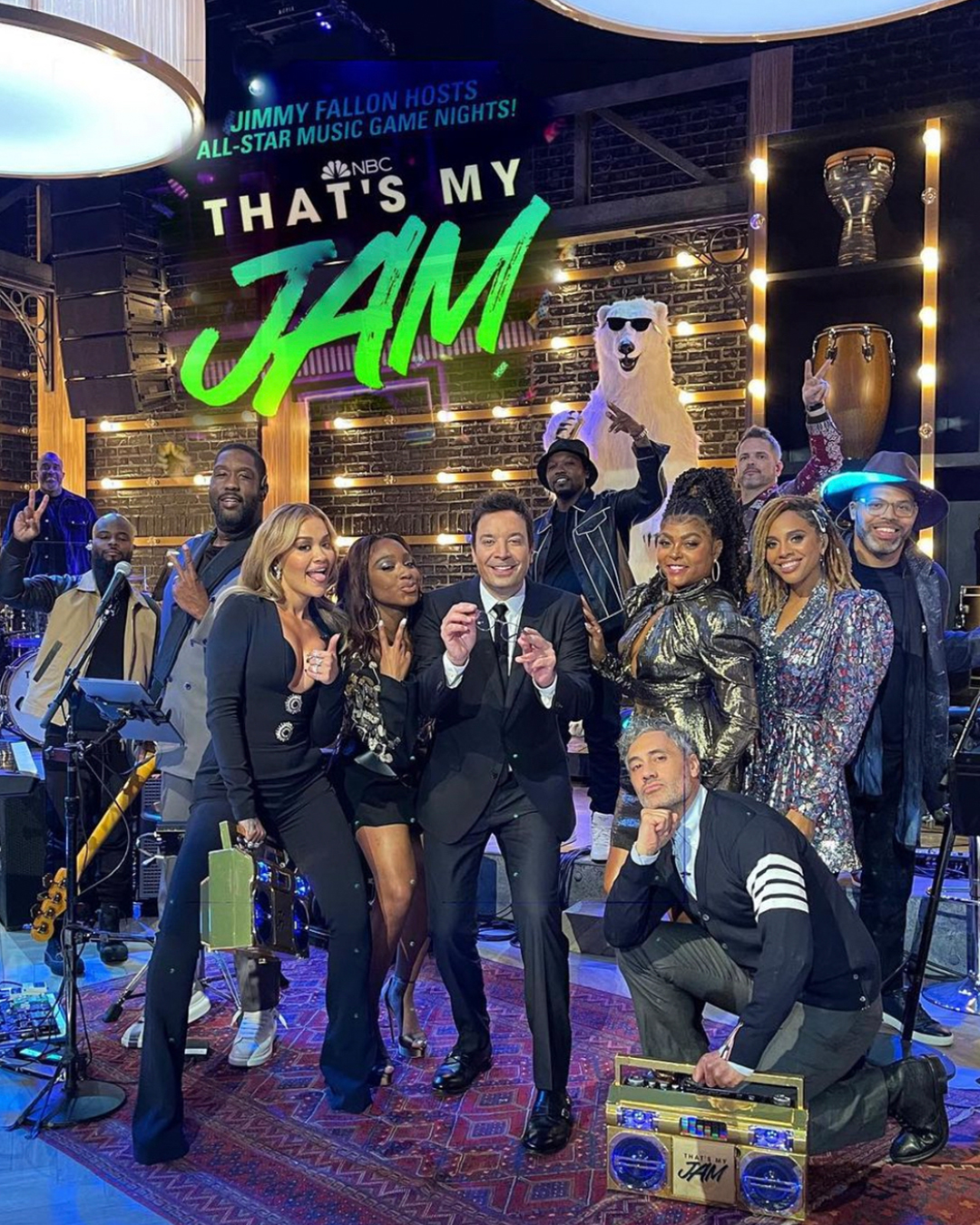 Slowly but surely Philly legends are taking over the tube and it seems like Jimmy Fallon has a little something to do with it. Fallon obviously has an appreciation for Philly talent as we’ve seen with The Roots on The Tonight Show. Now Fallon’s latest TV venture recently dropped and this time he enlisted the help of none other than Philly’s own DJ Aktive.

Hailing from West Philly, DJ Aktive started his come-up in the 90’s working the nightlife circuit but his turntable skills quickly caught the eye of some of the industry’s biggest stars. Aktive would go on to DJ for the likes of Kanye, Common, Diddy as well as becoming the official tour DJ for Janet Jackson.  Now the spotlight is shining brighter than ever for Aktive.

“That’s My Jam” Hosted by Jimmy Fallon airs every Monday at 9 pm EST on Peacock as well as Hulu. Taped in an LA studio, That’s My Jam is an hour long music and comedy variety game show featuring teams of celebrities that include T-Pain, Normani, Bebe Rexa, Chance The Rapper, Kelly Clarkson and more.  Think of it kind of like celebrity karaoke.

“The show came about with a friend of mines Adam Blackstone Music Director for the show gave me a call and said they were looking for a DJ and asked would I like to down. I immediately said yes,” states DJ Aktive.

So is television the next step in Aktive’s budding career? “Yes, definitely TV is what I’m aiming for now. Don’t get me wrong I love touring but this pivot to TV is a blessing. I never thought I would be on a game show on NBC. I’m just excited to be here.” Aktive adds.

Aside from the show Aktive has his hands on other very notable projects. “The latest project I just worked on is Pepsi Super Bowl Commercial adding mixing and scratches to Mary J Blige’s part and Dr Dre with my partner Adam Blackstone,” states Aktive.

Netflix Has Tapped Michael Bay & Patrick Hughes to Remake “The Raid” Which Will Be Set in Philly’s Badlands
Philly’s Own DJ Diamond Kuts is Bringing Back YO! MTV RAPS With Co-Host Conceited