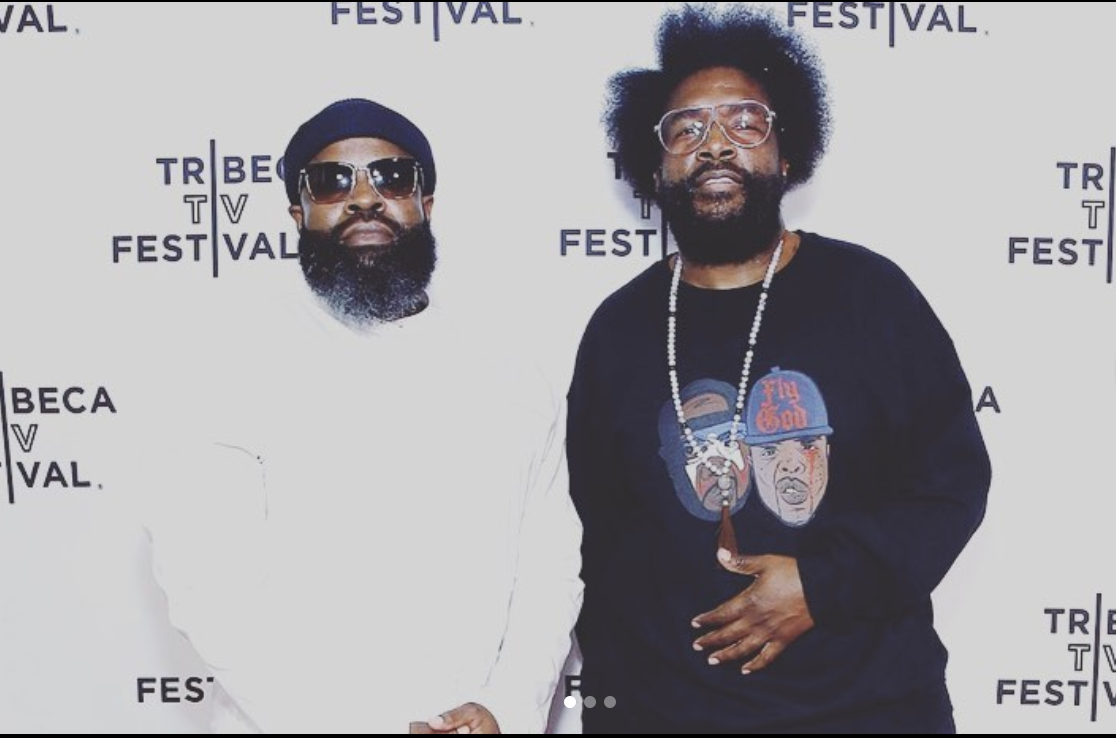 Ahmir “Questlove” Thompson and Tarik “Black Thought”  Trotter known globally as The Roots founders have been entertaining us on stage and on TV for decades now they are looking to expand their brand.  The duo just inked a three year deal with Universal TV.

Under their Two One Five Entertainment platform, Ahmir and Tarik came to terms with the Universal Television Alternative Studio which falls under the NBC umbrella,   Obviously the two made quite the impression since joining The Tonight Show with Jimmy Fallon. It wasn’t uncommon to see the two in a variety of skits and segments which showcased their humor and wittiness.

In a recent article in Hollywood Reporter Questlove stated “This deal is very important to us as we’ve been content producers and storytellers for our entire career. A significant investment from Universal Television Alternative Studio and Universal Television in our vision allows us to share these stories on a much larger scale. Tarik and I see this as the next chapter to our careers, and we are very involved in the entire process. I’m directing, Tarik is writing and we both are producing.”

NBC Alternative and Reality Group President, Meredith Ahr added, “The Roots are innovators and cultural tastemakers whose breadth of musical knowledge is unparalleled,” said Meredith Ahr, NBC Alternative and Reality Group president The band has been a cornerstone of NBC’s late night programming for over a decade, and we are excited to extend our collaboration across a diverse slate of projects to bring even more compelling storytelling to our audience.”

No word yet on what their new series will be or when it’s scheduled to air, but we’ll make sure to keep everyone posted.

Meet “Jon Breaks Bad News” His Job is to Break Bad News to People!
Kurt Cobain’s Guitar From His MTV Plug Performance is Expected to Sell for $1 Million at Auction!