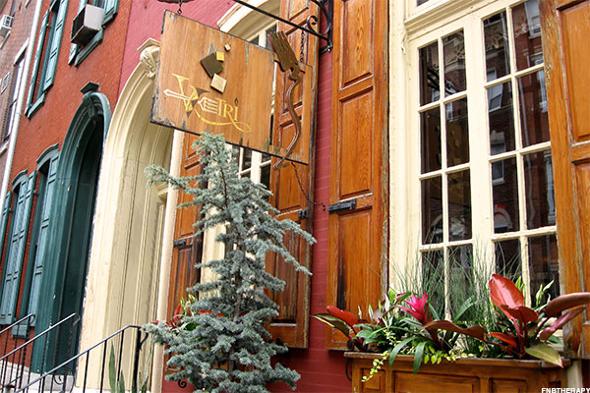 So the folks at Zagat released yet another top list that that includes a Philadelphia institution.  Named “14 Expensive Restaurants You Can’t Afford to Eat at Unless You’re Rich,” the list is comprised of dinner menus that read like car payments.

One Philadelphia restaurant has the distinct honor of landing on this list. Vetri (1312 Spruce St.) is an Italian restaurant that has received its fair share of acclaim.  Landing at #7 on the newly published list Zagat states “Taking Italian to a new level, the experience at Vetri becomes more fantasy than restaurant,  despite being outrageously expensive.”

Having already been named to our very own Top 15 Italian Spots in Philly, an experience at Vetri obviously comes with sizable tab.  According to Zagat’s list a plate at Vetri will set you back approximately $175. The price factors in dinner, one drink, and of course a tip.  Here is the full list:

Executive Chef John Tesar has created a “responsibly-sourced seafood” menu that is worth every penny. “Every bite is music in the mouth” at Tesar’s seafood “nirvana,” Zagat says.

A night at the Penrose is like entering a fairytale for the evening. With its penthouse views of the mountains and lake as well as its attention to culinary detail, it’s worth the expensive tab, Zagat says.

Experiencing the “ethereal flavors” through Relais & Chateaux Grand Chef William Bradley’s take on contemporary French cuisine at this posh restaurant, located in The Grand Del Mar, may also mean you’ll have to “pawn the family jewels to afford it,” Zagat says.

With just eight tables at this downtown Austin restaurant, “nothing else in Austin is quite like” Restaurant Jezebel. Price fix menus are created based on individual guest preferences, Zagat says.

If you have the expendable income to splurge on Chef Barbara Lynch’s French-Italian-inspired price fixe-only dinners, “every morsel will dance on your tongue,” Zagat says.

Taking Italian to a “new level,” the experience at Vetri becomes “more fantasy than restaurant,” despite being “outrageously expensive,” Zagat says.

If you can get a table at this pricey “gastro-adventure,” you won’t be disappointed, says Zagat. Komi offers individualized multi-course tasting dinners for intimate groups (four or less).

Prepare to settle in for an evening when visiting The Herbfarm. With just a single seating nightly diners experience a nine-course meal with six matching wines. Zagat says the “astronomically expensive” bill matches an unforgettable experience.

Going one step further than the traditional tasting menu, diner’s experience 18-22 courses of “delicious,” “fun,” “emotional” and “provocative” food, according to its Web site. Zagat says “expect to be wowed” at this “unrivaled” restaurant.

Although the price tag on Saison’s culinary experience is “undeniably expensive,” Zagat says, fans of this San Francisco restaurant say they would “eat a month’s worth of Ramen noodles” to be able to dine here.

For sushi connosseuirs, eating at Urasawa in Beverly Hills is “worth having at least once in your lifetime,” Zagat says.

For the ultimate sushi experience, dining with Chef Masayoshi Takayama is “worth skipping the mortgage payment for,” Zagat says.