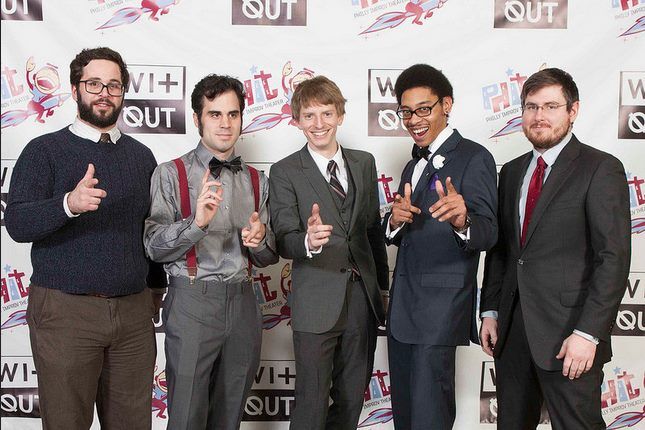 A local comedy group called “Hey We’re Cool” will host a 38-hour comedy marathon at the Philly Improv Theater (PHIT) starting Friday, November 27 at 10 a.m. through Saturday, November 28 at 11:59 p.m. The Black Friday Comedy Marathon (BFCM) first occurred in 2014 as a venue for Philadelphia’s comedians to showcase their talents in a fun atmosphere together over a holiday weekend and as a way for PHIT to support other small, local businesses. Hey We’re Cool hosted last year’s BFCM.

BFCM acts include stand-up comedians, improv teams, experimental performances, and musical comedians. All will be in PHIT’s main venue, the Second Stage at 2030 Sansom Street. A live video stream of backstage will be available online, as well. A third component planned is a 38-hour-long podcast recorded on the premises with a rotating cast of hosts pulled from the performers and guests. The hosts also will use social media platforms including Twitter and Reddit to encourage interaction with a global audience.

Jessica Snow, PHIT’s artistic director described her excitement. “We have stand-up favorites like Chip Chantry and Rachel Fogletto. Mike Sparra of The New Movement is coming in from New York on his way to Pittsburgh with ‘Conversations with Body Language.’ Philadelphia’s sketch team Barbara Bush is doing their regular show and a late-night ‘bit show,’ as are the improv duo Proper Dodgy. We’re hoping PHIT favorites like Music Show, People of Interest, and our house teams will find new audiences and we’ll introduce our regular audience to independent acts from around the city. We’re also hoping to stay hydrated, get adequate rest, and support small businesses in the area.”

“As a small business owner I’ve always thought it important to support other small business owners like myself. This marathon is a great way for the theater to encourage our thousands of fans to shop local on Black Friday & Small Business Saturday,” explained Greg Maughan, PHIT’s founder and Tickets are $10 at the door or free with a receipt of purchase from a Center City retail business between Monday, November 23 and Saturday, November 28.PHIT is located at 2030 Sansom Street.