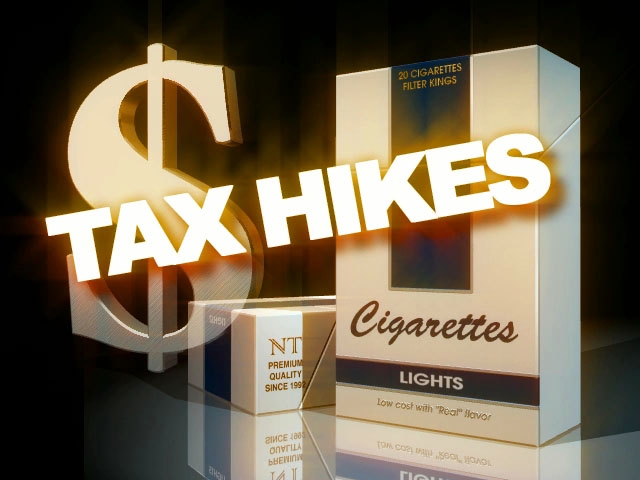 Doomsday has arrived for all cigarette smokers. That’s right the tax bill that Governor Corbett signed to impose a $2 a pack cigarette tax hike just went into effect. This new measure will drive cigarette prices just below the $10 range.  However, cigarette smokers aren’t the only ones that will feel the pinch, the new measure applies to small cigars as well.

The new school tax was put into place as a stimulant to help the School District of Philadelphia bridge the gap in their $81 million dollar deficit.  The city will be combining the cigarette tax along with the the city sales tax and borrowing to help schools open and function for the new year.

In addition to the cigarette tax, the measure that was signed by the governor also allows charter schools to go to the state if they look to appeal rejected applications for additional funding. The tax itself is expected to bring in an estimated $60 million annually.  However,  skeptics are concerned that many Philadelphians will simply cross city lines to buy their smokes. Therefore, economists gauge that the expected $60 million could be reduced by 10-15%.

Although, this tax measure will save the schools this year it may not be enough to solve the issue on a long term basis. However, no one is certain until the situation plays out.  In the meantime cigarette smokers could see their pocket change go up in smoke.