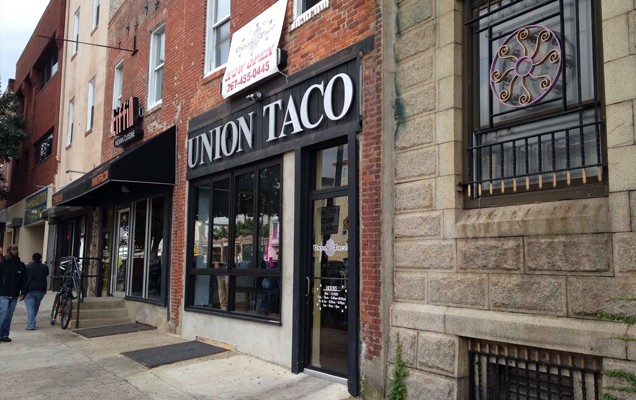 Looks like other area eateries are cashing in on the whole “receipt gate” scandal. Unless you’ve been living under a rock or are Amish and on Rumspringa and accessing the internet for the first time, you may remember Shady leaving a 20 cent team at PYT.  The whole fiasco made its way through just about every major news outlet and spawned a fury of responses.  Some in support of Shady while others have whipped their hands clean of the shake and bake running back.

Union Taco, an eatery located at 712 W. Girard Ave has thrown their hat in the ring to cash in on all of this and are advertising 20 cent chorizo cheese fries for every touchdown LeSean scores.  The order is actually a half order but it’s still a winning situation considering your paying prices you are used to hearing when watching Boardwalk Empire.

The offer is good every Sunday until 9 pm until the rest of the season.  The shop is closed Mondays so for those looking to cash in after Sunday nights or Monday night games, you will have to wait until that following Tuesday.  Although the campaign looks like a great crowd pleaser, if McCoy and Chip don’t get things back on track there won’t be many fries being handed out.