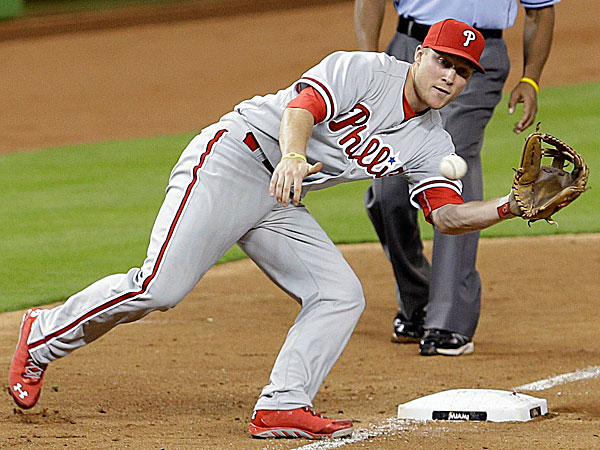 Despite Ruben Amaro, Jr. remaining adamant that Cody Asche is the Phillies’ starting third baseman, the 24-year old has been working out in left field in Clearwater – weeks before the rest of the team is mandated to join him.

Asche, whose durability has been lauded before by people within the Phillies organization in terms of what positions he can play, could be a candidate to switch positions depending on the roster moves the Phillies make.  Read More on BleedPhilly.com

Eagles History! Check Out Rare Photos of Your Favorite Eagles of All-Time!
Claude Giroux Believes the Flyers are Playoff Bound