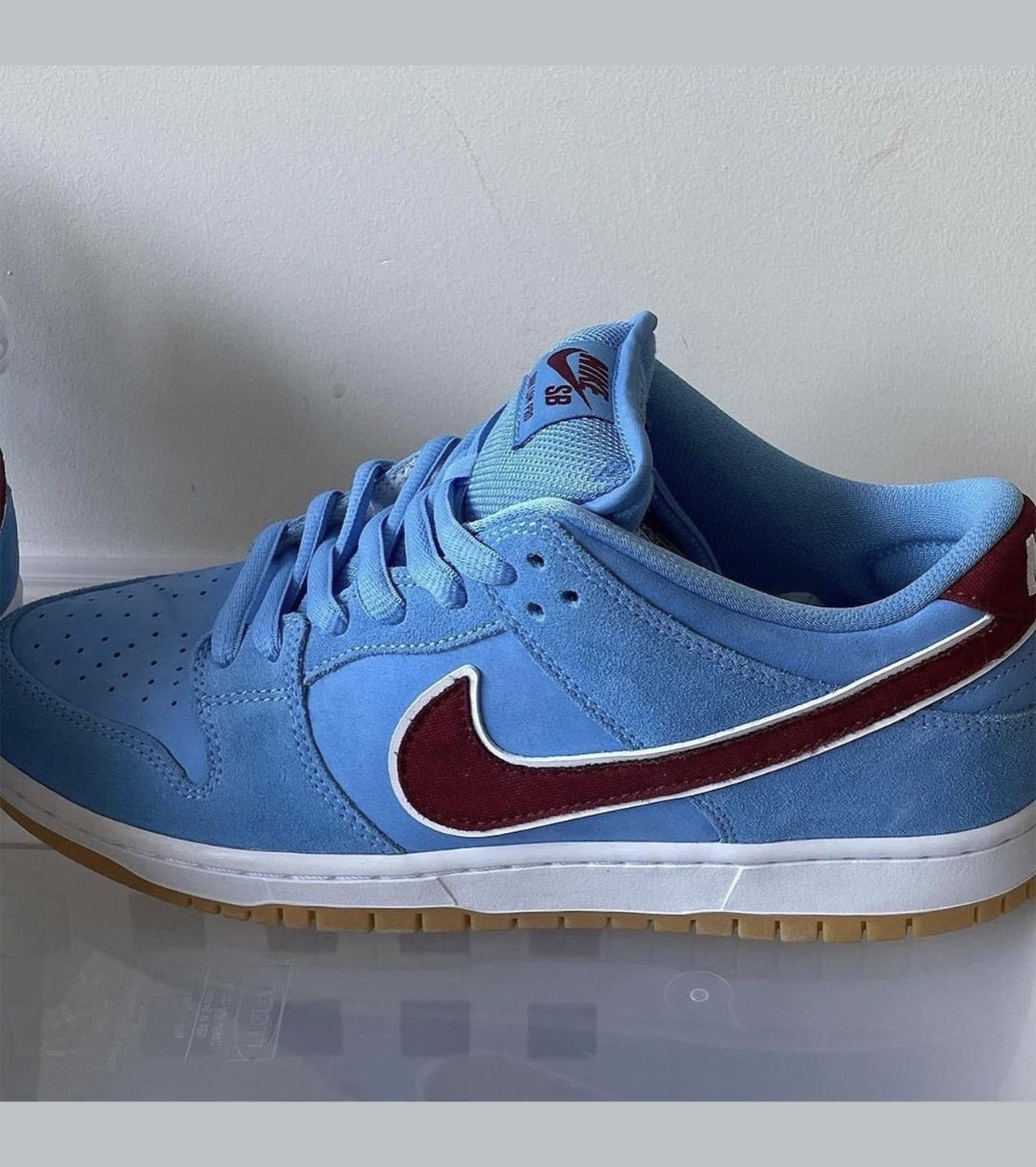 If you’re a Phillies fan and a sneaker head then you may want to keep reading.  This summer Nike plans to drop a Phillies inspired SB Dunk Low with some really cool details.

The Nike SB Dunk Low “Phillies” will pay homage to the ’80’s unis worn by some of the club’s most iconic players.  We’re sure you may have some blue and maroon throwback gear somewhere in your closet. If so these are the kicks for you.

According to Sneaker Bar Detroit, “Dressed in a University Blue, Team Red, and White color scheme. This offering of the Nike SB Dunk Low features a University Blue suede upper paired with Team Red Swooshes and White leather trimming. Highlighting the shoe is a touch of Pink on the heel of the Gum rubber outsole similar to the Air Jordan 1 “Bubblegum” released in December. This small detail is a nod to baseball players chewing large amounts of bubblegum in the dugout.”

At this time there is no exact release date or price point but insiders are stating that a Summer 2022 release date is expected on Nike.com as well as select skate shops. 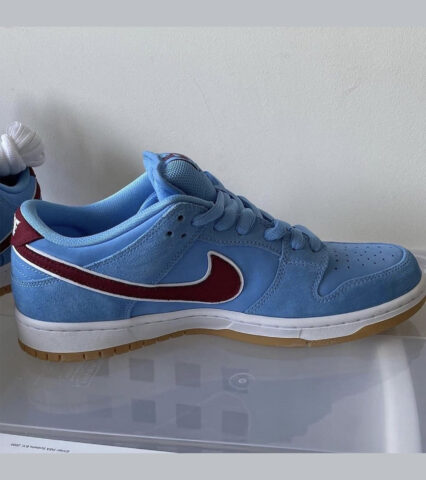 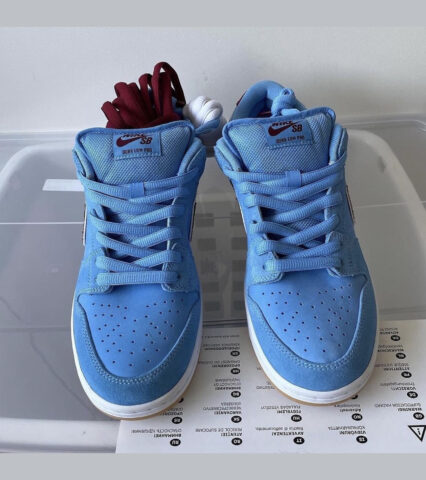 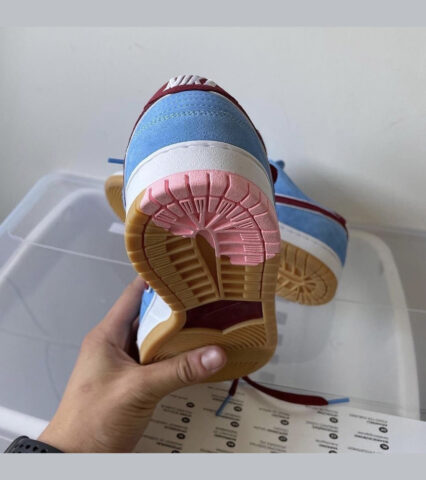 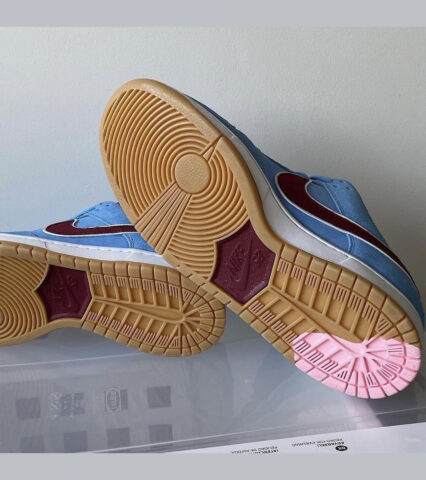