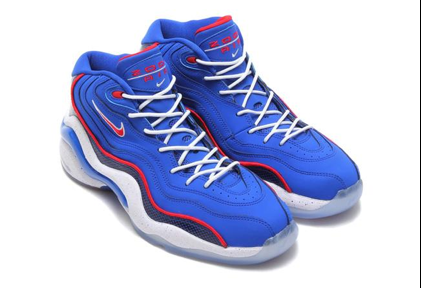 Looks like sneaker giant Nike was looking to cash in on Allen Iverson’s image by releasing a shoe with the 76ers’ colorway and the number 3 on the heel. Although Allen Iverson’s name nor the 6ers name are present on the sneaker the likeness is too close for Iverson’s comfort. 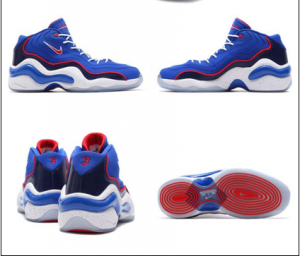 Nike has decided to stop selling this sneaker which has an uncanny likeness to A.I’s brand

While the sneakers were already on in stores and online, Nike has pulled the plug on the sneaker as well as canceled plans to produced new colorways.  Nike spokesman Kejuan Wilkins has publicly stated,”Nike has made a business decision to not move forward with the shoe in the red/blue and white/purple colorways. However, two colorways inspired by the original 1996 colorways will still be available for purchase.”

For Iverson’s lawyer Derek Challenger, this is not enough. He wants compensation for the sneakers already sold stating “They should get back to me with a number for all this..I hope before the week is over I hear from them directly.”

Iverson who is signed by Reebok, produced some of the most sought after sneakers with the ‘The Answer’ series.  Several versions of his sneakers were released in early to mid 2000’s.  Leveraging the popularity of hip hop and Allen’s street image the shoe was a mega success. So much so Reebok is currently trying to recreate the magic by re-releasing the Allen Iverson sneaker in the classic Reebok Pump style.  Iverson and rapper Jadakiss will be spearheading the new sneaker and are in fact scheduled to make an appearance today at Friday’s on City Line Ave. to help launch the Villa x Reebok Pump campaign.

Top 10 Vegetarian Spots in Philly
Win A FREE Shave and cut in Our Movember and No Shave November Contest!