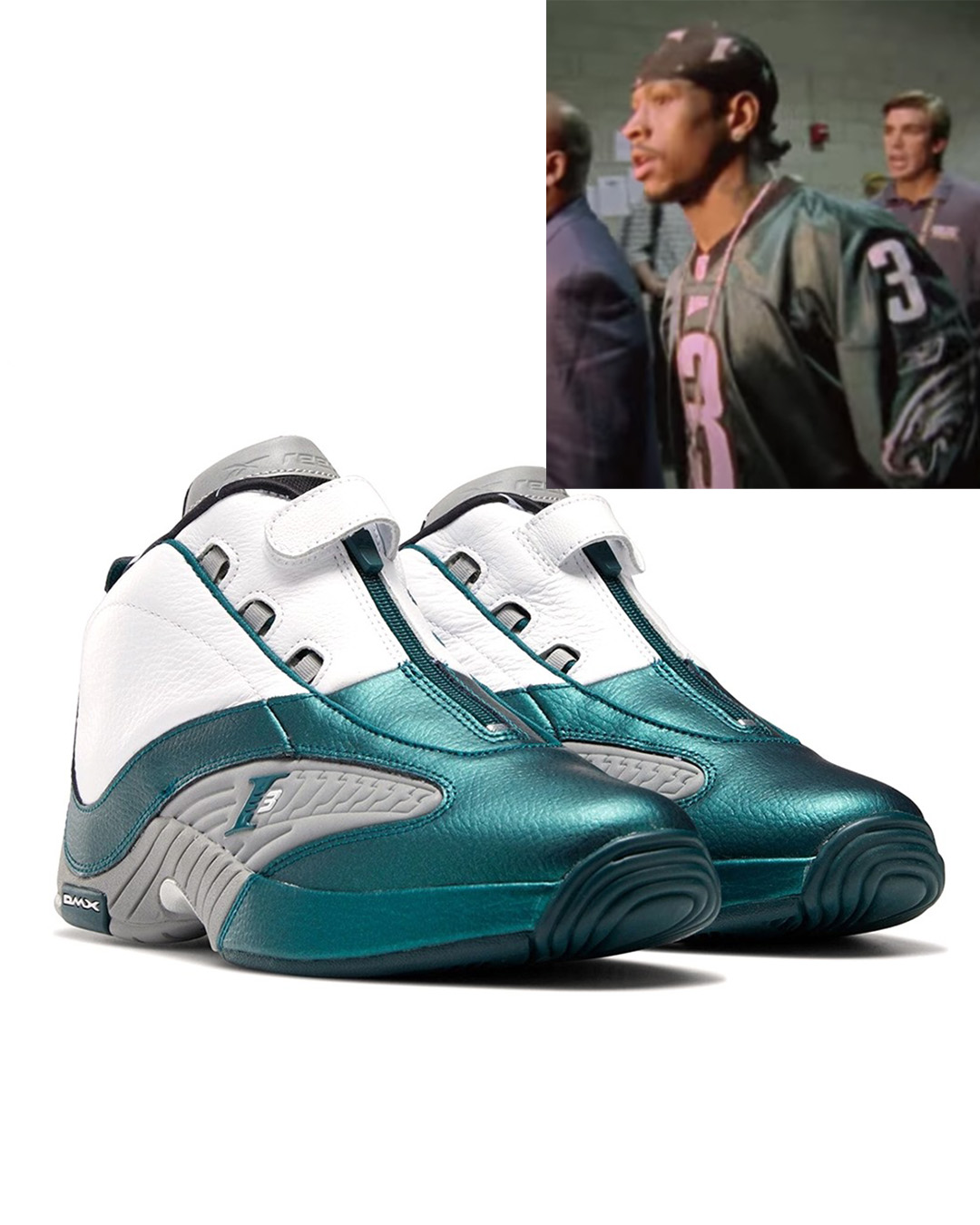 Everyone remembers Game 1 of the 2001 NBA Finals.  It was a legendary performance by A.I as he not only willed the Sixers to a win but also created that iconic moment stepping over Tyronn Lue.  However, true Sixers diehards will remember Iverson’s tunnel entrance prior to the game where he rocked his custom #3 Eagles jersey and matching du-rag.

Now Reebok is looking to pay homage to that legendary fit by releasing the Answer IV with an Eagles colorway. Adorned with the classic Eagles midnight green  the “upper halves split its tumbled leather materials between a clean white hue that covers the collars and mid-foot while the forefoot and toe boxes are drenched in Eagles green. Small doses of a muted gray also make an appearance on the base atop the sculpted lower midsole and forefoot molds that host the “I3” branding as well as the tongues which are debossed with a Reebok hit. Additionally, the aforementioned du-rag pattern is printed on the interior to further echo its motif,” Hybebeast describes.

The Answer IV 2001 tunnel fit kicks are slated to drop on January 21st and will retail for $150.  Let us know in the comments if this is a cop or not. 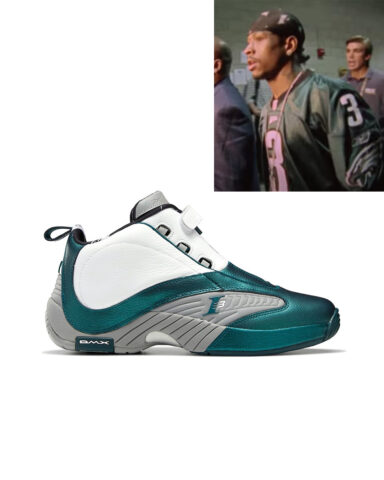 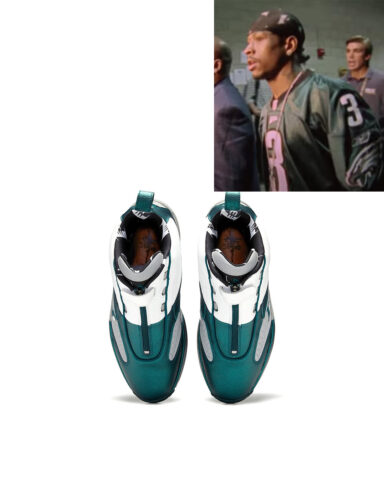 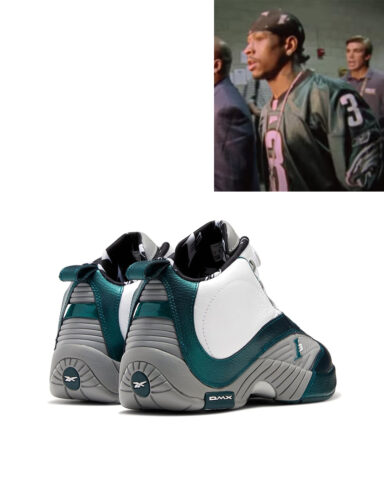 The Non-Profit, Students Run Philly Style Developed Their Own Sneaker and are Selling it to Raise Money
Rihanna’s Savage X Fenty is Opening a Store in Philly