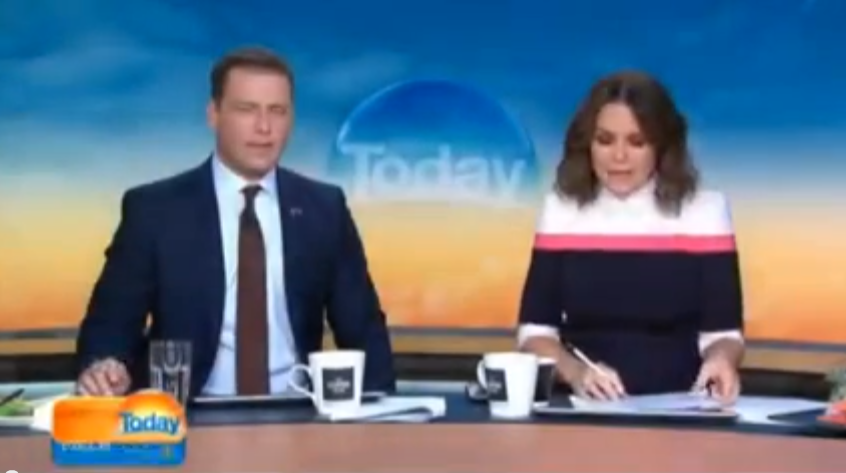 Karl Stefanovic dressed in the same suit to highlight sexism in broadcast news.

Meet Karl Stefanovic. He’s co-host of an Australian morning TV show with a delightfully familiar name: “Today.” He’s also a super-aware guy. Having noticed that his female co-hosts regularly get comments on their appearance, he decided to wear the same blue suit on air for a year to see if anyone would catch on.

He revealed the experiment over the weekend, and it quickly went viral: “I’ve worn the same suit on air for a year — except for a couple of times because of circumstance — to make a point,” Stefanovic told Fairfax Media. “I’m judged on my interviews, my appalling sense of humor, on how I do my job, basically.

“Women are judged much more harshly and keenly for what they do, what they say and what they wear,” he added.

He noted that his co-host Lisa Wilkinson often hears from viewers critical of whatever she’s wearing, her hair or her accessories.

Wilkinson once received a letter from a viewer telling her to “Get Some Style” (the name of one of the show’s segments), and she replied in part: “Given that I am a journalist — and not a supermodel — it is important that anything I wear allows me to feel comfortable for three and a half hours on set or perhaps outside when we’re on location.”

Stefanovic did change his shirt and ties over the year-long experiment, but otherwise he looked much the same from day to day. “No one has noticed; no one gives a [care],” he said.