Netflix's Queer Eye For The Straight Guy is Coming to Philly for Season 5! - Wooder Ice 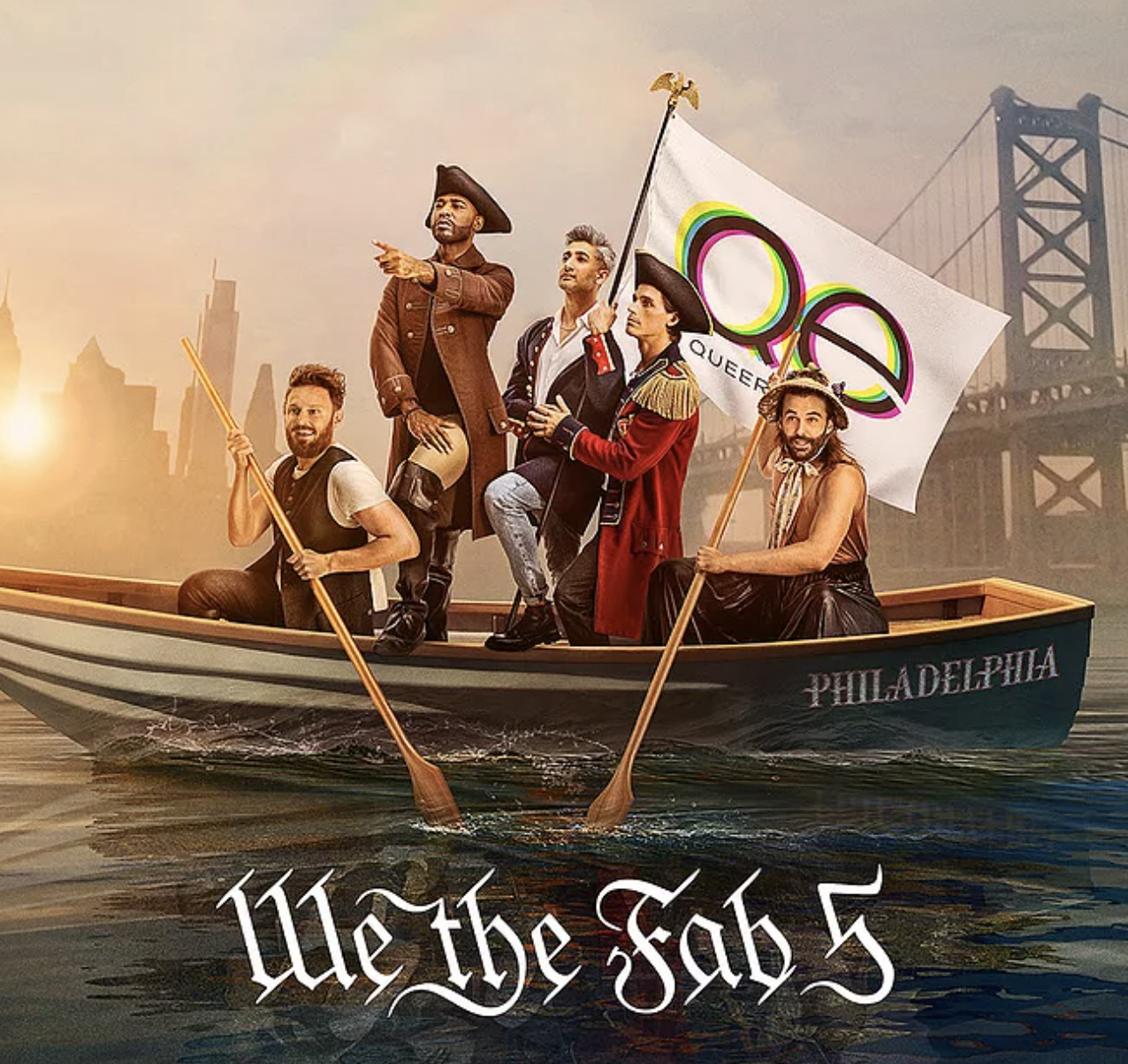 Netflix’s Queer Eye For The Straight Guy is Coming to Philly for Season 5!

Netflix’s Queer Eye For The Straight Guy is Coming to Philly for Season 5!

In case you missed it Netflix and the Fab 5 of the Queer Eye For The Straight Guy filmed inPhilly!  That’s right, season 5 will take place in The City of Brotherly Love.

In true historic fashion, Netflix released a poster for the upcoming season which plays off  he 1851 portrait of George Washington crossing the Delaware River. After two seasons in and around Atlanta, and another two in and around Kansas City, Mo.,

“We’re able to continue to champion diversity and I think that’s what’s so great about the fact that we get to travel and go to different cities because those experiences are so different,” Porowski  told Entertainment Weekly

The article went on to state that production on a future season of the Emmy-winning series was shut down last month in Austin, Tex. due to the COVID-19 pandemic. “We barely completed one episode,” Porowski says. “And then we were kind of taking it day by day… and then when they realized that it just wasn’t safe to continue, we put the production on hold, as all productions have basically done.”

The Roots Inked a Deal With NBC’s Universal TV To Create Scripted & Unscripted Series!
5 Things You Need to Know About The Scarface Reboot