NBA 2K Gives Ben Simmons an 87 Ranking and He Isn't Happy About It. - Wooder Ice 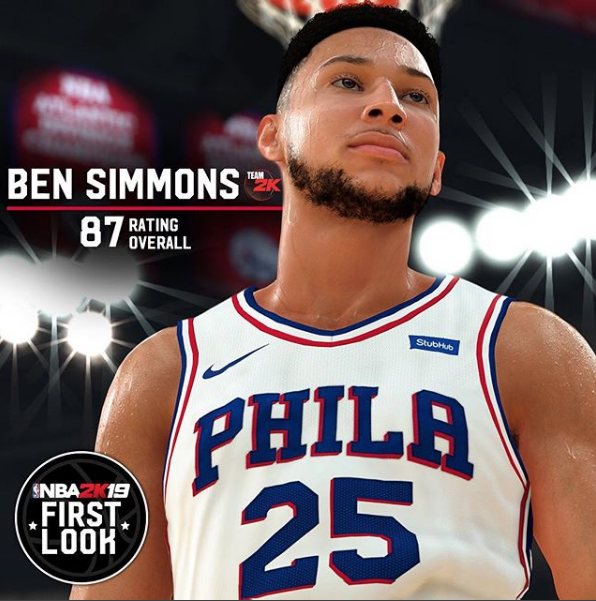 NBA 2K Gives Ben Simmons an 87 Ranking and He Isn’t Happy About It.

Whether they admit it or not every athlete checks their player rankings in video games.  Football players have been know to call in and even threaten employees over their Madden rankings.  So when NBA 2K released their ranking of their latest 2k19, Ben Simmons was quick to voice his displeasure.

Although it was in a joking manner, he probably assumed since he is currently gracing the cover of NBA 2k19 Australia edition that the creators will pat his ranking a big.  Wrong.  Although he nabbed Rookie of the Year honors, Ben has been plagued with a broken jumper all year.  No one is denying his skills but overall the ranking pretty much fits the bill.

So who has the highest ranking this year?  If you guessed King James you are correct.  With a 98 overall rating, he is damn near perfect.  However, it’s a team game so you’ll need a team full of Lebrons to take down the Warriors.  As for anyone who would even pick them in the first place, I hope your thumbs fall off.

Man those white uniforms ain’t so bad/fresh and that rating ain’t so bad either for such an old head! 🤣🤷🏾‍♂️🙏🏾 #NBA2K19🔥 #KingJames👑 #StriveForGreatness🚀 #RWTW🏅 #JamesGang👑