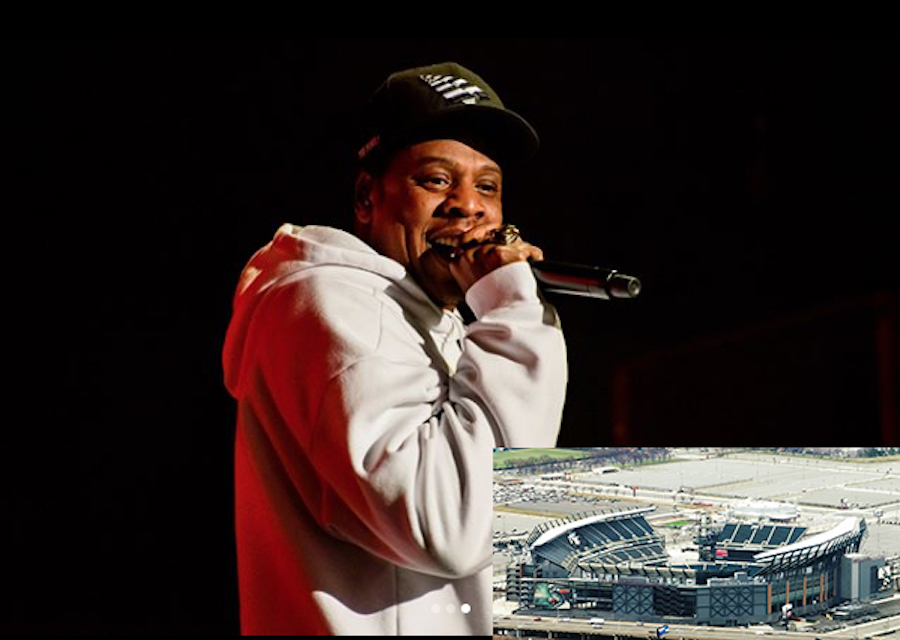 Why Having Made in America at the Stadium Complex Makes Sense

So the biggest trending topic in the local news is Mayor Kenney and Roc Nation’s miscommunication regarding the future of Made in America.  The news that this may be the last year of Made in America in Philly shot through the city, sending folks scrambling to their most trusted blogs to confirm.  It didn’t take long for Jay-Z to pen an open letter to The Inquirer, which seemed to really put the festival in limbo.  Mayor Kenney then gave a rebuttal that seemed like a logical explanation.  He stated that Roc Nation simply didn’t address a clause in the RFP.

Even with the back and forth it looks like Made in America has a strong possibility of staying in Philly.  However, would moving it from the parkway be a necessarily a bad thing?  Honestly, last year’s experience on the parkway sucked.  So I racked my brain to think of the best places to host MIA and the stadium complex feels like the perfect place.  Why? Well see my list of 5 Reasons why having Made in America at the stadium complex makes sense.

Don’t Have to Worry About Mud

Did you make it out to last year’s Made in America? It was a shit show.  It poured that weekend and the Parkway was transformed into Tough Mudder.  I sacrificed one of my most comfortable pair of Nikes between a mediocre 21 Savage performance and trying to take a shortcut to use the port-o-pottys.   Why bother trudging through slop when you can enjoy the firm concrete?  Sneakers aren’t cheap these days, so if you want to keep your kicks spiffy, the stadium complex is the way to go.

Don’t Have to Worry About Residents Bitching

I am not calling the folks that live in the area Permit Pattys but they have been phoning in their complaints.  In all honesty can you really blame them?  Other events that shut down the parkway are only one day but MIA is a weekend thing and from my understanding takes a lot longer to set up and break down.  Why even bother with folks that don’t really care for the event anyway?  Stay away from the bad vibes and go somewhere where you don’t have to worry about homes being a stones throw from the stages.

The parkway is in the heart of the city but the long narrow shape of it makes it annoying to navigate.  To make matters worse there are dividers within the space that you often times have to walk aaaaaall the way around, making trips longer than need be.  Having Made in America at the sprawling stadium complex would alleviate this issue.  Shut down Pattison Ave. and have a stage in each of the stadium parking lots.  For those with disabilities there can be golf carts and tran busses similar to those at amusement parks.

You Can Have The Grand Finale in the Stadium

Each year MIA ends with the headliner and Jay-Z on the same stage.  This causes a bum rush of folks scrambling from various smaller stages to get as close as they can to the main stage.  As an old washed up guy, I just don’t have the energy to jockey for position with some 14 year old kid after standing and walking around all day.  Why not just have the finale in one of the stadiums where those that want a festival vibe can be field level with the stage and those with aging knees like myself can enjoy a nice seat in the stands and enjoy the show.

Even with a stage occupying each lot, there’s still room for parking.  Go ahead and try and find a spot at the current location at the parkway.  Those spots only open up whenever a baby unicorn is born.  Having the option to drive down and park at the actual event would be so clutch.  This way we don’t have to pay $55 for an Uber ride down the street. For those not looking to drive, the train here is a lot more convenient than trying to catch the EL.

The Ferris wheel is a pretty cool attraction at MIA but why not give it that Coachella vibe with more carnival-like rides and attractions?  There’s plenty of room to set up entertainment installations as well as more vendors.  This upgrade in space could bring more revenue to organizers as well as offer more opportunities for local vendors.  It could be MIA meets the boardwalk with all of the games and rides the complex could hold.  It would definitely upgrade from the narrow and congested parkway.

Continue Reading
You may also like...
Related Topics:jay z, made in america, mayor kenney, mia

Oh Snap, Wawa on Broad and Walnut is No Longer Open 24 Hours!
To Celebrate Their 4 Year Anniversary, La Peg is Having a $4 Food and Drink Special