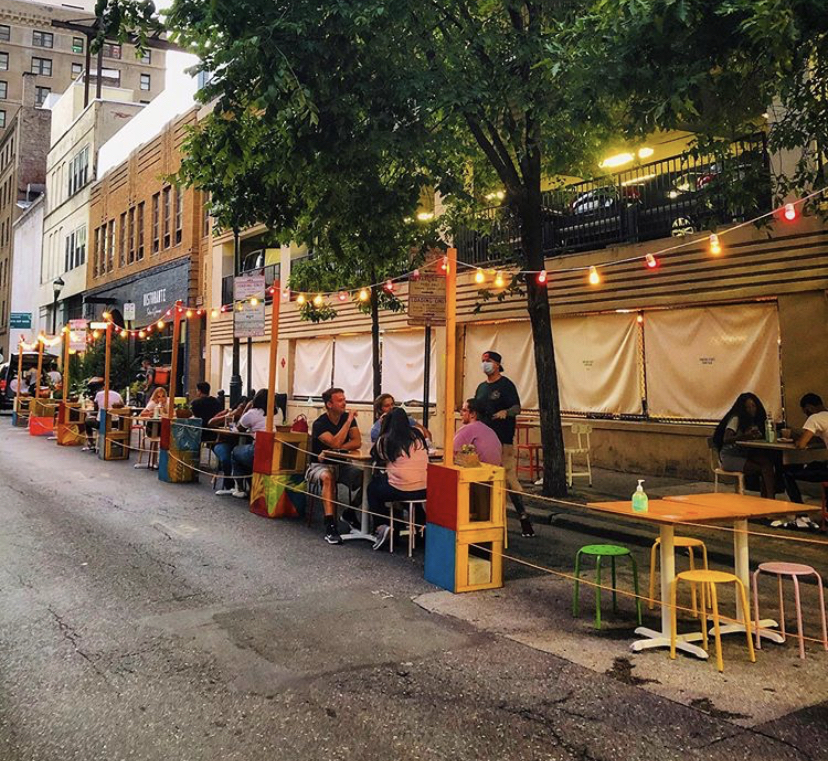 Mission Taqueria Has Taken Over the Interpark Garage to Create the Sansom Street Surf Club!

Mission Taqueria Has Taken Over the Interpark Garage to Create the Sansom Street Surf Club!

Last week you may have saw some photos or posts showing diners just outside the garage at 15th and Samson chowing down on some tacos and tortas.  It was the soft opening to to the Sansom Street Surf Club.  Mission Taqueria was working out the kinks to make sure the system was down pat and have now officially opened their Samson Street Surf Club.

In their announcement, Mission Taqueria stated, “Surf’s up dudes! Surf’s up dudes! The Sansom Street Surf Club is LIVE! We have taken over the Interpark Garage across the street from us, and with the help of Klip Collective, have transformed their lower level into a beach vibey scene on the North Shore of Sansom Street. After an intentionally quiet opening last week, we’ve got our systems down, our surfaces sanitized, and our seating super spaced. Tables are mostly first come/first serve, but we are reserving a few each night for parties of 5-8ppl.

The menu is a mix of all of  popular dishes such as the Guacamole and Mahi Mahi Tacos, with a few new additions, like Tijuana Dogs and fresh coladas in pineapples.  Most tables are covered so the surf club is rain or shine.