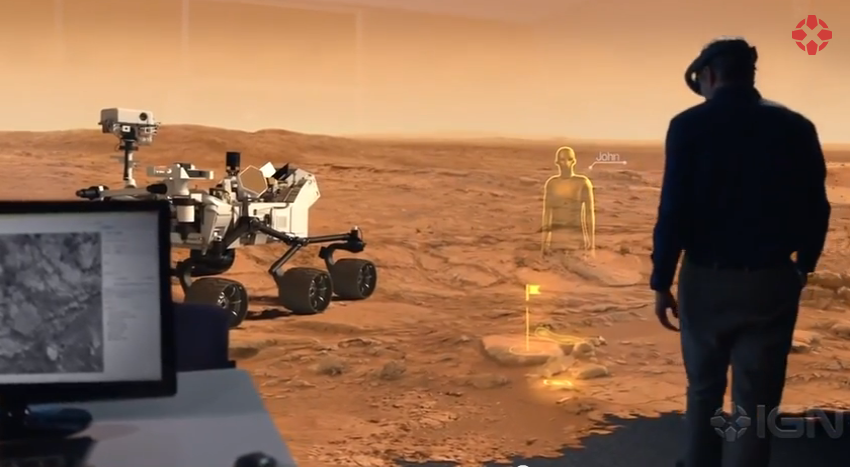 If you ever caught any of the Ironman movies you’ll remember Tony Starks messing around with his computer’s holographic images and manipulating them at the slight of his hand. Well that technology is actually real and it will soon be available to everyone.

That’s right you too will be able to do your best Tony Starks impression thanks to Microsoft.  The computer conglomerate has just released a video of it’s latest invention, the Hololens.  This awesome new invention was developed by Alex Kipman.  If the name rings a bell that is because he’s the same guy who developed Xbox Kinect.  Hololens is a headset that projects holographic images that you are able to control with your hands or as Kipman states,  “It’s about the analog universe. And the analog universe has a fundamentally different rule set.”

When Hololens is released, it will basically change everything we know about the internet and how we interact with computers.  No longer will be be regulated to keyboards and traditional monitors, the new Hololens will essentially create the internet around us that we can actually interact with.  Check out the video!

New Law Gives Illinois Schools the Right to Ask Students For Their Social Media Passwords
Wait What? A Man Carries His Heart Around Outside of His Body