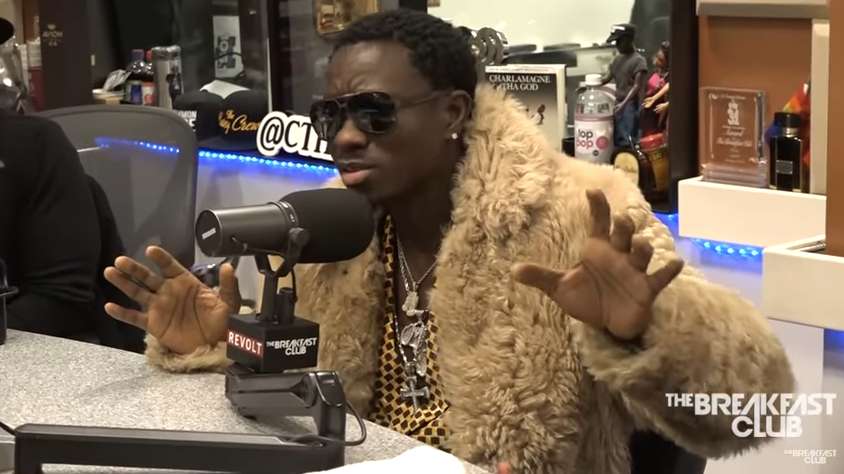 Michael Blackson Goes In on Kevin Hart on The Breakfast Club

Michael Blackson Goes In on Kevin Hart on The Breakfast Club

This morning comedian Michael Blackson laid into fellow Philly comedian Kevin Hart.  Off the bat host Charlamagne let Michael know that the chair he was sitting in was purchased by Hart to which Michael’s response was to switch seats.  Michael Blackson then went into the history of their friendship including the fact that Kevin Hart once drove him to the airport so that Michael Blackson could make it to an audition.

However, things quickly go south as Michael did not let off the gas for during the 40 minute interview.  In a flashback clip during the interview a visibly disgruntled Kevin Hart could be seen bewildered by Michael’s latest antics.  Apparently Kevin believes that Michael Blackson is just looking to cash in on his latest cheating scandal.  Watch the full interview and you be the judge.  Are you #teamkevin or #teamblackson?

Top 10 Best Netflix Original Series to Watch In 2018
Have You Seen the New Trailer for the Mr. Rodgers’ Movie “WON’T YOU BE MY NEIGHBOR?”