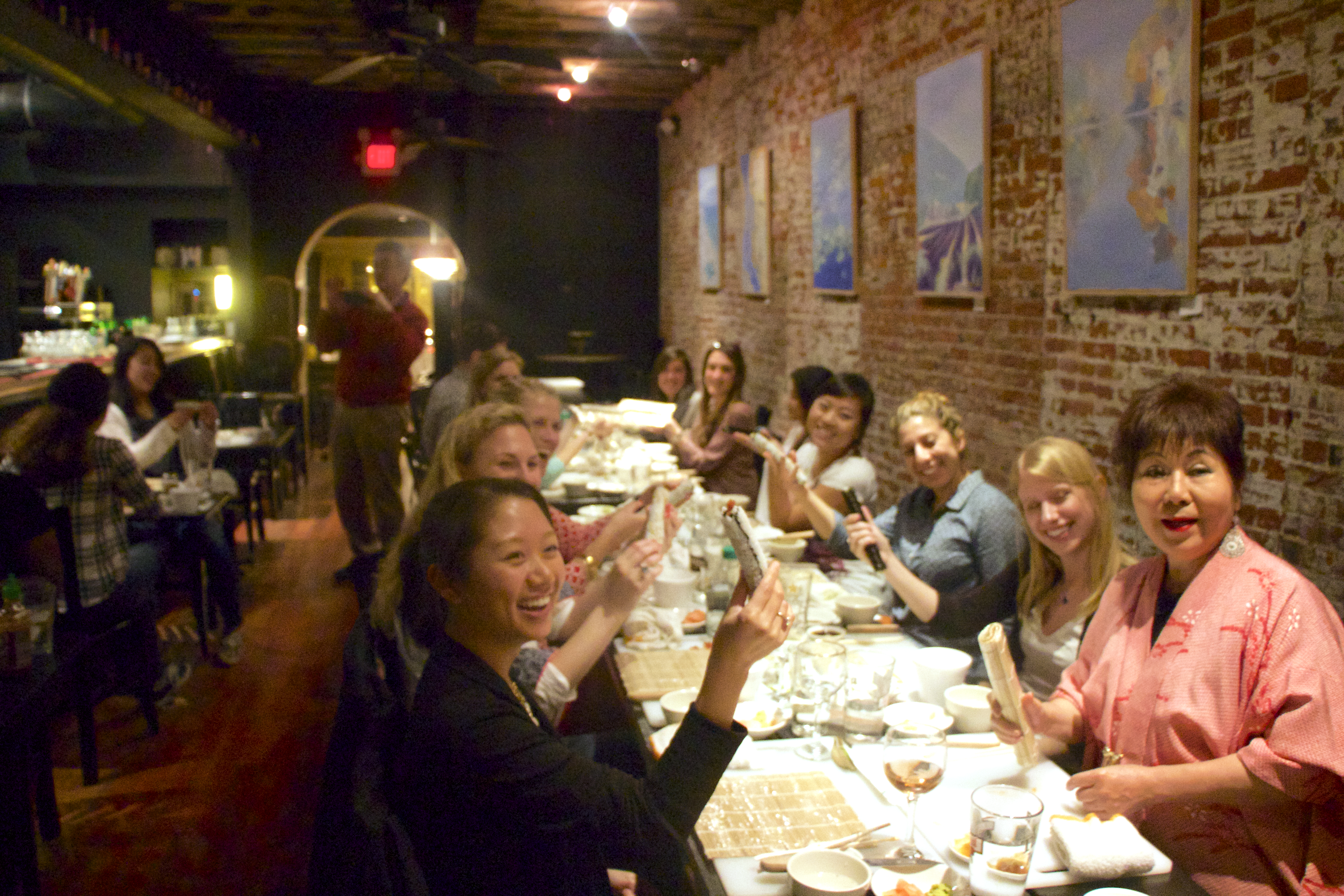 Since the launch of the site we’ve always had an issue with Philadelphia being branded the land of cheesesteaks and comfort foods when in fact the food scene goes above and beyond that.  With world class dining and a mind boggling selection of fantastic non-chain restaurants, this town is food heaven.  Although we are rarely in the discussion when critics sound-off on great sushi towns such as the New York,  L.A, Toronto, and the Miami’s of the world, Philly can more than hold its own. 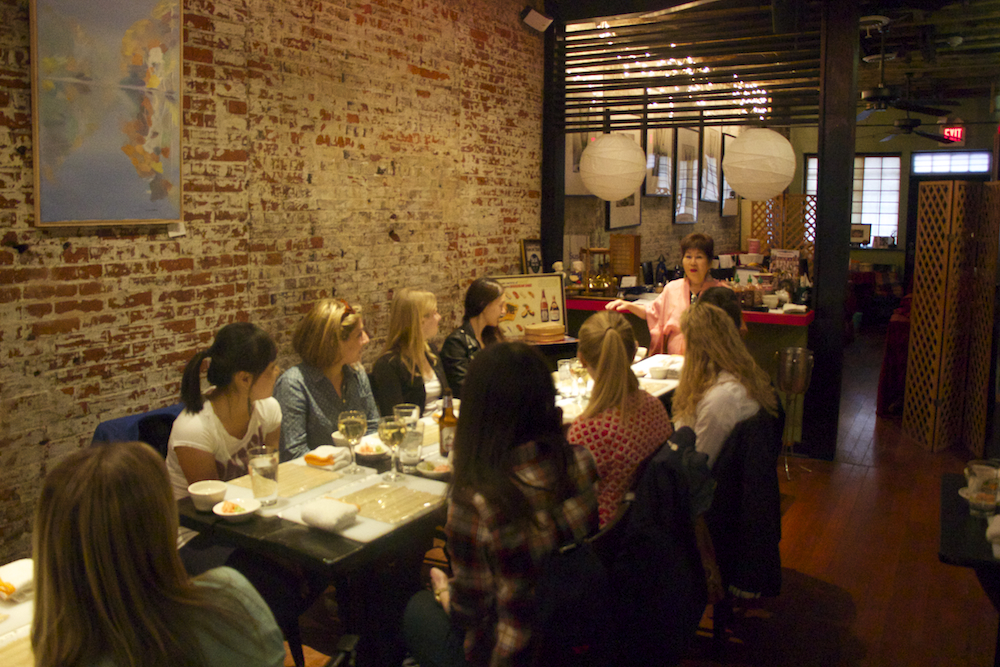 In fact our Top 10 Sushi Spots article was one of the most popular stories we’ve ever written, proving that Philly is transforming into a sushi town. So  when we got wind that the Queen of Sushi, Madame Saito herself was offering sushi rolling classes we jumped at the chance to sit in.

Part of the Subaru Cherry Blossom Festival, Madame Saito’s class is a two session opportunity (April 6th & 10th) where novices can learn sushi basics that they can use for personal meals or for such events as dinner parties.  If participants feel that they’ve got what it takes, they’re able to enter in Madame Saito’s sushi rolling competition during Sakura Sunday (Horticulture Center, Fairmount Park) which will feature among other things food, music, martial arts demonstrations as well as activities for children. 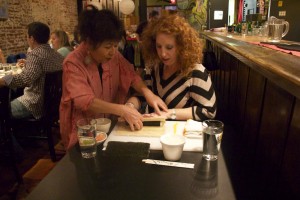 students and chefs alike.  Her restaurant The Headhouse & Le Champignon de Tokio (122-144 Lombard St.) offers some of the best Thai, French, and sushi around and doubles as her classroom.  Usually taking place in the rear dining room, Madame Saito’s sushi classes are not only informative but they are also hilariously funny as she has an awesome sense of humor and isn’t hesitant to serve up quips to her students.

The class itself is definitely an experience that I would personally recommend to anyone.  Go with a date with friends, family or fly solo either way it’s an awesome time.  Each class offers the essentials such as seaweed wraps, rice, wasabi as well as meats.  Students of the class will learn how to create several types of sushi rolls including the classic California Roll.  Obviously you get to devour your creations which is always a plus. So if you are looking to do something entertaining and different in town make sure you enroll in one of Madame Saito’s classes.  Click here to view 2015 class schedule as well as register.