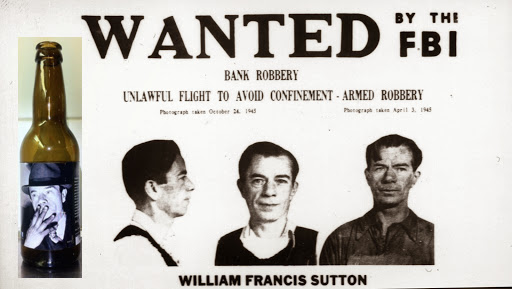 London Grill is Celebrating the Anniversary of the 1945 Eastern State Great Escape With Drink Specials!

London Grill is Celebrating the Anniversary of the 1945 Eastern State Great Escape With Drink Specials!

As the story goes, bank robber Willie Sutton escaped Philadelphia’s infamous Eastern State Penitentiary on April 3, 1945 through a tunnel dug by a dozen inmates. Not content to get out of town (and away from his captors) as quickly as possible, Willie made generations of future Philadelphians proud by stopping into the pub down the street from the prison for a beer – where was promptly apprehended and returned to his cell.

Flash forward to 1991: that pub is now known as London Grill, and owner Terry Berch is an early pioneer of the city’s burgeoning craft beer movement. Working with brewmaster Carol Stoudt, another early Philadelphia craft beer visionary, Berch removes all the Heineken and Michelob from the bar and holds a public contest to name the house lager that Stoudt’s is brewing for London Grill. It is christened in honor of the famed escapee, Willie Sutton Lager. The name stuck. Berch and Stoudt have remained friends ever since.

This year, London Grill will celebrate both the beer and its namesake with a playful Great Escape Happy Hour on Monday, April 3 – the anniversary of Sutton’s daring escape and ill-advised pint. From 5 p.m. until 8 p.m., guests are invited to enjoy a pint of Willie Sutton Lager for just $4 each, and the first 20 guests that walk through the doors will receive a complimentary pour. In addition, the restaurant will partner with Eastern State Penitentiary to offer discounted admission for revelers who want to step inside and see the mouth of the tunnel that Sutton claimed, upon capture, to have concepted and designed (long since filled with ash from the prison incinerator).

“Our neighborhood is a special, historic place, and sometimes, it’s nice to step back from the latest thing and embrace a classic – especially one with such a compelling story,” says Berch. “Today, Stoudts is known as one of the area’s best breweries, but back in 1991, they were an upstart taking a chance on a new bar to sell a beer with a funny name. Today, we raise a pint to them – and to poor hapless Willie’s ‘Great Escape’.”

Willie Sutton Lager is a smooth, medium-bodied German-style lager, dark copper in color with a pronounced malty flavor and a subtle hop finish, brewed exclusively for London Grill. Founded in 1987, Stoudt’s Brewing is located in Adamstown, PA; and London Grill was one of the first bars in America to serve their beers.

Calling All Fellow Nerds: The Penn Museum is Hosting a Star Trek Night!
Fork is Going to be Serving a 7-Course Chocolate Dinner!