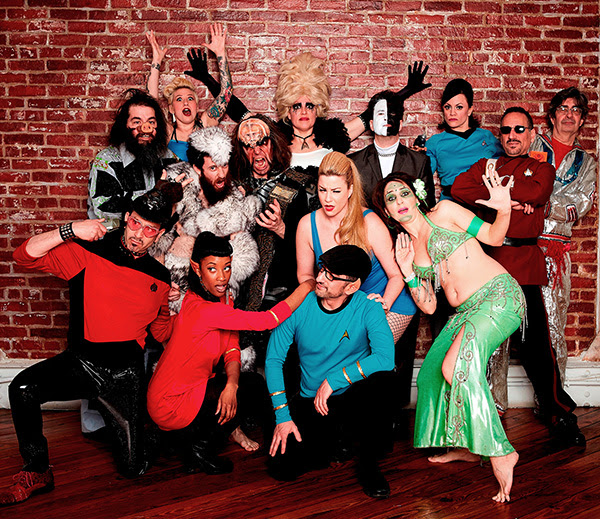 Calling All Fellow Nerds: The Penn Museum is Hosting a Star Trek Night!

Calling All Fellow Nerds: The Penn Museum is Hosting a Star Trek Night!

Are you fit for Command? Perhaps Science or Operations is more your department. Whatever your skill set and interests are, the Penn Museum invites you to choose your adventure and take the ultimate challenge, exploring the international galleries as never before while earning your Starfleet rank. After the adventure, listen to the hit band The Roddenberries while you drink space cocktails!

It’s Star Trek Night at the Penn Museum, and it’s scheduled for take-off on Wednesday, April 19 at 6:00 pm. Admission, just $20 per person ($15 for Penn Museum members) includes one free drink. Guests must be 18 years old or older, alcoholic drinks available for ages 21 and above. Limited tickets are available and advance registration at the Museum’s online calendar of events is strongly recommended. Star Trek Night is a program in the Museum’s P.M. @ Penn Museum School Nights series of events.

The evening begins as Dr. Steve Tinney, Associate Curator-in-Charge, Babylonian Section, and an avid Trekker, welcomes guests, and offers a short introductory talk about Gilgamesh in Star Trek. In Darmok, the 102nd episode of Star Trek: The Next Generation, Trekkers will remember that Captain Picard, struggling to find a way to communicate with a species who only speak through allegory, tells stories from the Epic of Gilgamesh, one of the oldest legends ever written, first recorded in Sumerian cuneiform. The Penn Museum has more than two dozen tablets with Gilgamesh stories on them, including one of the largest early examples of the epic in the Akkadian language.

Guests choose from among three different adventures: working towards Starfleet graduation in Science/Medicine, Command/Leadership, or Engineering/Security. Then everyone heads into the Museum’s international galleries to test their moxie via a series of mental and physical challenges.

Ancient and traditional cultures on the planet Earth as featured throughout the Museum’s galleries offer new recruits a lot to think about: will the logic of ancient Greece help with diplomacy skills? What magical remedies did the ancient Egyptians employ in the medical arsenal that can inform Starfleet doctors? Along with mental challenges, recruits can expect physical challenges as well.

The Roddenberries have performed around the country, including at the 2016 Star Trek Las Vegas Official 50 Year Anniversary Convention, the New York Comic Con, and the Philadelphia Wizard World/Comic Con.

The 5 Best Ways To Celebrate National Cheesesteak Day
London Grill is Celebrating the Anniversary of the 1945 Eastern State Great Escape With Drink Specials!