Listen to the Full Uncensored Version of Jason Kelce's Parade Speech and Get Ready to Run Through a Brick Wall! - Wooder Ice 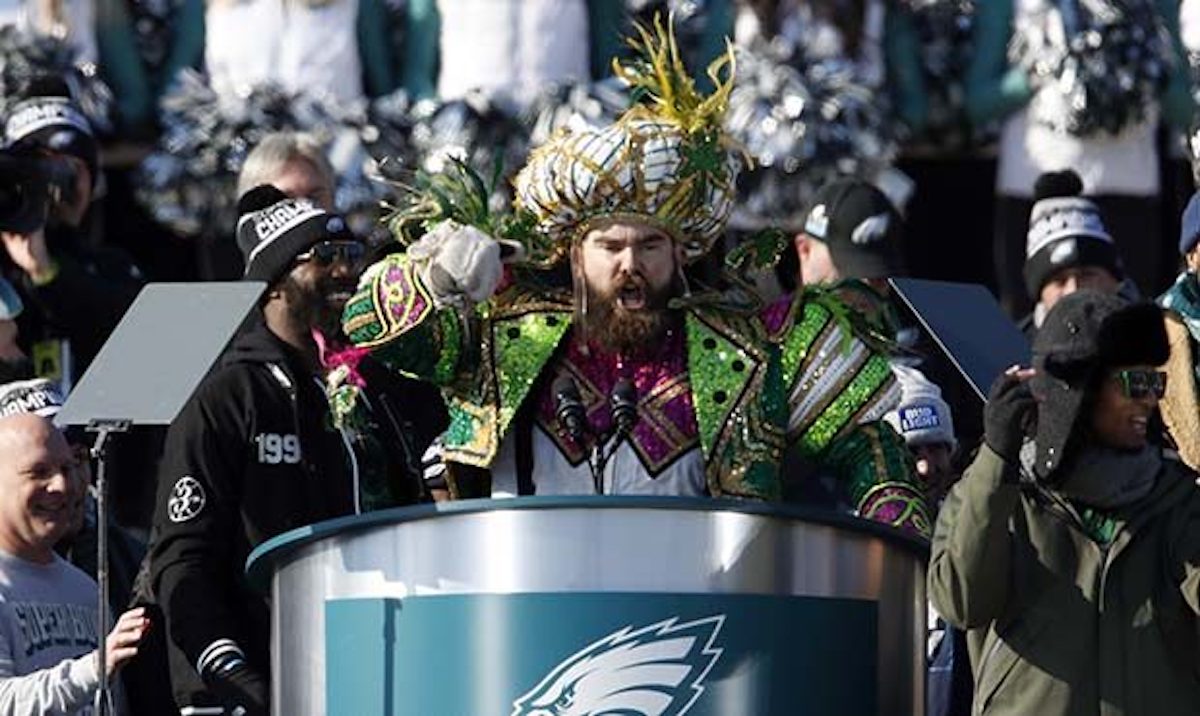 Listen to the Full Uncensored Version of Jason Kelce’s Parade Speech and Get Ready to Run Through a Brick Wall!

Listen to the Full Uncensored Version of Jason Kelce’s Parade Speech and Get Ready to Run Through a Brick Wall!

Jason Kelce has already endeared us as the anchor of the Eagle’s O-line.  Criticized initially for his size, he went on to become a 2 time Pro Bowler and recently helped the team cement its first Super Bowl victory. Jason didn’t have to do much after this but continue to play his roll and remain relatively quiet in the media.  However, after delivering a fiery profanity laced speech dressed in Mummer garb, Jason Kelce is now a Philly sports icon.

In case you missed it or haven’t made your social media rounds yet, check out the speech Jason gave that took a huge shot at haters and naysayers.  It’s safe to know what Jason Kelce feels about the haters, “Fuck em’!”

Rodney McLeod Will Have a Meet & Greet This Saturday at Rolls Auto Sales in Northeast Philadelphia
Nick Foles Tells Jimmy Kimmel that Eagles Fans Cry to Him When They Meet Him!