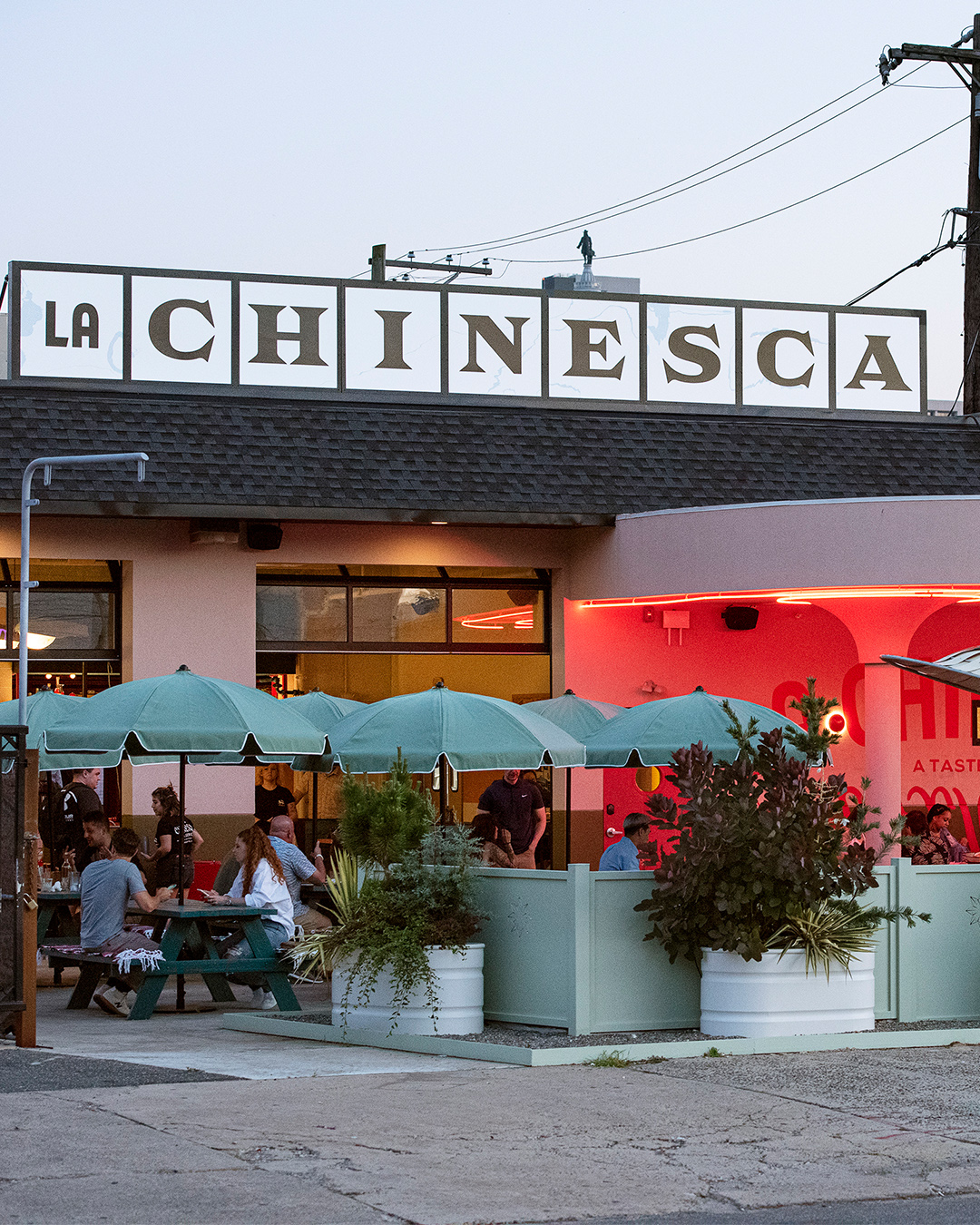 The inspiration stems from the creation of a unique mix and melding of cultures, a one-of-a-kind identity which formed from Chinese immigrants settling in Mexico’s Northern Baja region, alongside California’s influences just across the border, and the addition of the vibrant Chinese American culture too.

At the helm of La Chinesca’s kitchen is Nicholas Bazik, Culinary Director of 13th Street Kitchens, with David Goody as Executive Chef. The two chefs first met working at Snackbar years ago. Bazik most recently was responsible for the revamp of Kensington Quarters with a new identity focusing on sustainable seafood and coastal cuisine, while his resume includes time at The Good King Tavern, James, Fork, and Bistro La Minette. Goody, a Philly native has recently worked among the city’s best including Culinary Director for Cook + Solo (Zahav, Laser Wolf, Dizengoff), as well as across the country from San Francisco (Alta Ca, Morimoto Napa), to Chicago (El Ideas), and New York as well (Gran Electrica, Colonie). Together, Bazik and Goody have collaborated on the fare inspired by the team’s travels to Mexicali and Tijuana (a pre-Pandemic endeavor) which focuses on two distinctly unique cultures–Mexican and Chinese American–and taking it one step further to highlight seasonal, locally sourced ingredients throughout the menu. From street side stalls serving up tacos with fixings, to the Chinatown basement restaurants offering a cool respite to diners, inspiration was found most notably through the hospitality of locals.

The menu which encourages sharing, is meant to offer dishes from snacks, to starters, larger entrees, and of course, tacos. To begin, diners can expect Fried Wonton Chips with market salsa; Chicharrone with annatto spice and mayo; Smashed Radish with buttermilk, mint and lime; Red Snapper with cilantro, pineapple, jalapeno, and sizzling scallion oil.  One dish often found in the team’s travels were fried peppers, Bazik and Goody put their spin on the dish with a colorful market-driven version of Fried Peppers with cilantro, cashew, citrus salt. Another take is a spin on “street corn” with Baby Corn Elote served with black bean mayo, scallion, cotija cheese. Additional dishes are an ode to Caesar Salad–with an undoctored original dressing recipe created in Tijuana–accompanied by sesame crumble, breaded-fried squid, and crispy shallot. Fried Rice with crispy beef, avocado, roasted celery; and BBQ Pork Ribs with mancha mantales round out the menu for entrees.

The taco offerings feature flour tortillas–a signature to the Baja region of Mexico–which are made and pressed in-house, and feature hard wheat flour from Doylestown’s Castle Valley Mill. While traditionally most tortillas in Mexicali are made with lard, La Chinesca’s will use grapeseed oil to be vegetarian-friendly. The taco program promises to expand and grow but to start will feature four selections including: Beef Shank Birria served with traditional consomme; Mushroom Taco with rajas, cabbage, almond and poblano crema; Fish Taco with cabbage and crema; and Pork Adobada with gringa cheese. Tacos will be served two per order. For dessert guests can expect a selection of Churros with dulce de leche and spiced ganache; Chocoflan; and Rice Pudding.

The beverage program is curated by 13th Street Kitchens’ Director of Operations, Derek Gregory and focuses on offering guests a variety of quality options suited for every taste. The taps will primarily focus on featuring local craft beers including Love City’s Lime City Lager, Triple Bottom’s Juicy Pale Ale, Roy Pitz El Guapo Gose, and Yard’s Philthy IPA–with promises of special collabs from nearby breweries down the road. Additional by-the-bottle beers include Tecate, Corona, Estrella Jalisco, and Cerveza Rrey Kolsh. “Beer service” inspired by Caguamas in Mexicali, where large glass bottled beers are wrapped in newspapers along with a side of limes, will also be available with 32 oz. Modelo and Corona Familiar. Two California-based options include Flying Embers Spiked Pineapple Chili Kombucha, and Golden Road Brewing’s Mango Cart as well. Cacti Seltzers (Strawberry, Lime, Pineapple) from Mexico made with blue agave will round out the list, in addition to a cider from Downeast. Wines by-the-glass will be offered, in addition to bottles exclusively from L.A. Cetto Winery, based in the Guadalupe Valley.

The cocktail list spotlights mezcal and tequila predominantly but features a variety of drinks such as Regular, Ultra, Premium aka the House Margarita available on the rocks or as a slushy; The Burn Out featuring mezcal, corn, jalapeno, and cilantro; On Empty a riff on a Paloma with tequila, grapefruit, smoked salt; and Four on the Floor  with rum, black coconut, five spice.

The corner restaurant is situated on the site of a former Jiffy Lube–which sat abandoned for about ten years. Branding for the project was spearheaded by True Hand Society, build out was completed by North Standard, while interior design was a collaboration in partnership with Kate Rohrer of Rohe Creative. Inside, the bar anchors the space with 18 seats total, flanked on one side by cozy low lounge tables with salvaged street lamps hanging above, and the other side with two refurbished shipping containers offering an additional dining area. The basement level allows for private dining for up to 50 guests featuring salvaged church pews and newspaper prints adorning the walls. Outdoor seating is set up in the front patio, as well as the back with deck seating offering the best of both sun and shade, alongside colorful furniture mixing metals, handcrafted wood carpentry, with vibrant patterned upholstery. Planters filled with greenery also border the restaurant.

La Chinesca will be open Wednesday through Thursday from 4PM – 10PM, Friday from 4PM – 11PM, Saturday from 12PM – 11PM, and Sunday from 12PM – 10PM. For opening weekend, 6/18 – 6/20 the restaurant will be open 4PM – 10PM. Please note, hours of operation are scheduled to change and expand in the coming weeks. Walk-ins are always welcome, and reservations are available via Resy.

All of The Free Museum Days Taking Place for Wawa Welcome America!
Wawa and 2SP Brewing Collab Once Again for A New Summer Brew!