Iconic Comedy Club The Laff House is Back With a New Location! - Wooder Ice 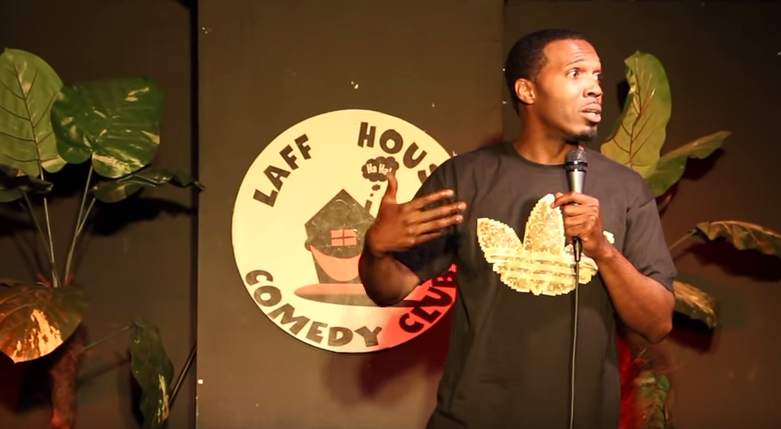 Iconic Comedy Club The Laff House is Back With a New Location!

I remember the day I was strolling down South Street on my way to pick up tickets at the Laff House some years back.  It was one of my go-to date spots.  Drinks at North Bar and a show across the street.  As my mind was fixated on how well I believed the date would go, my daydreaming was interrupted by the site of a empty ticket window.

Could they have been on break? After a few unanswered phone calls, I figured it was a fluke thing and quickly scrambled for a plan B. Unbeknownst to me, the iconic Philly comedy club, the Laff House was no longer supplying Philadelphians with gut busting comedy.  We’re talking a place where local stars such as Kevin Hart, Michael Blackson and Turae got their chops.  It was more than just you’re run-of-the-mill comedy club, it was a comedy club that embraced urban comedy.  It was our version of Def Comedy Jam.

Well it turns out that there was good reason for the Laff House to fall on sad times.  The owner Rod Millwood lost his wife Mona to cancer and from there on it was downhill.  Mismanagement driven by depression drove Rod to close his doors abruptly and without notice.

Since then there has been a void in the Philly comedy scene especially for urban comics looking to break into the industry.  Well it looks like time does heal old wounds because Mr. Millwood recently announced the re-birth of the Laff House.  With a new location on 2102 Market St., a new look on life and plenty of fresh talent to tap into, the Laff House looks to reclaim its place among the best entertainment venues in the city.  Their next show is slated for May 20th and it looks like Rod is rekindling the golden years of the Laff House.  So for you guys new to the city or maybe too young to remember it in its heyday, be sure to free up some time because you never know, you may witness the next huge star to come out of the city of brotherly love.

NOSHHH is Back With Some More Awesome Food & Drink Workshops
Last Year’s Popular Pop-Up Shop at the Divine Lorraine is Back!