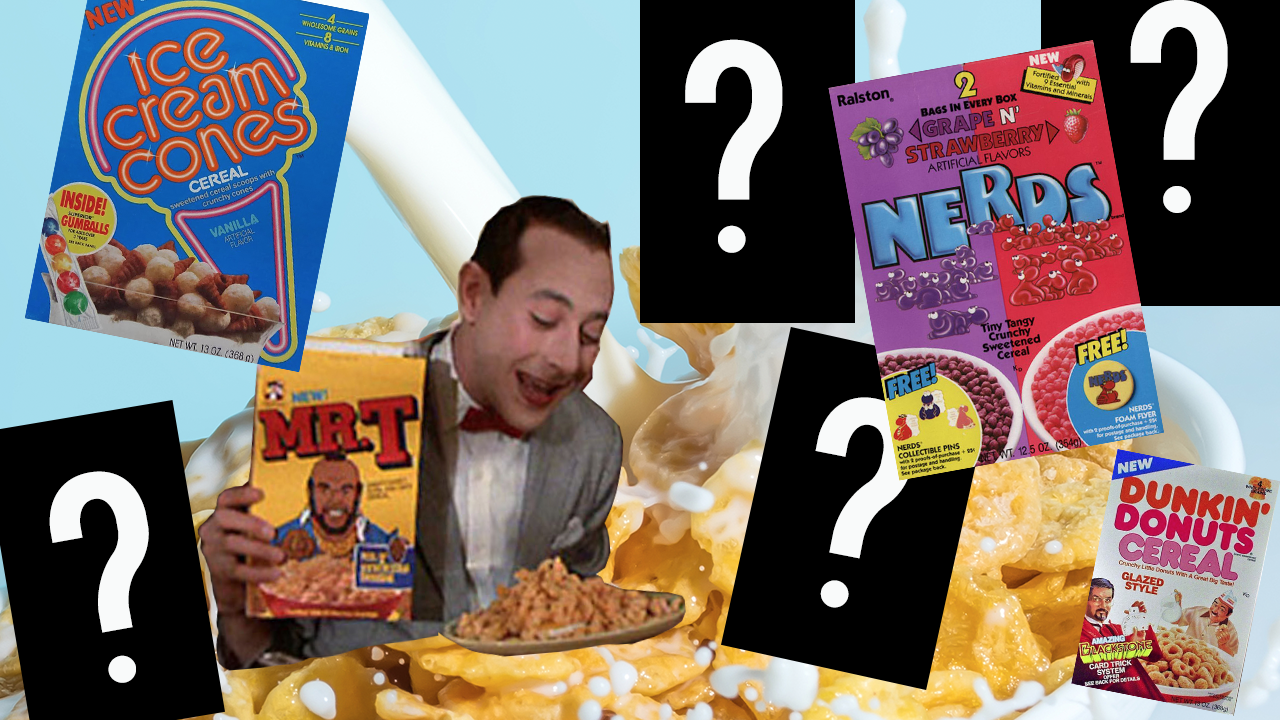 In honor of National Cereal Day, which happens to fall on a (throwback) Thursday, we decided to take a trip down memory lane.  The 80’s and 90’s was a great time to be a child.  Plenty of classic movies, shows and cartoons.  Many of which have been rebooted.  However, not all of our favorite cereals receive the same treatment.  So to celebrate all those Saturday mornings eating our favorite cereal, here are 10 classic cereals you forgot existed. 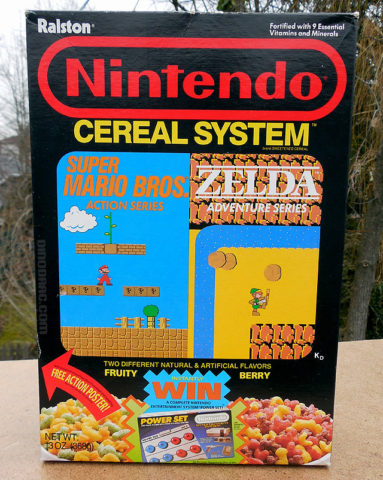 I remember when these dropped.  The commercial jingle was so catchy that I had to have it as a child.  However, the joy came and went fast because this cereal was pretty trash from what I remember.  It was just cool because of the novelty of having 2 cereals in one.  However, these things were tougher to get through than trying to beet Mario with 1 life and no mushroom power. 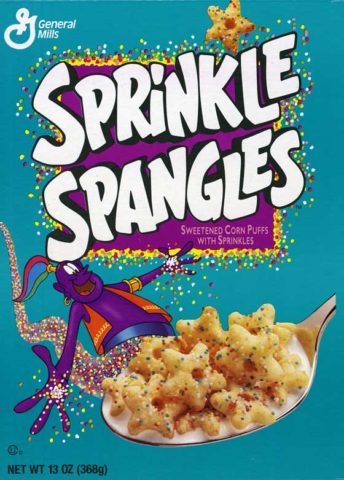 “Spangled every angle with sprinkle!.”  This cereal was kind of overkill.  It tried to be “fetch” in two different decades and failed both times.  However, for both nostalgia purposes and the fact that we love sugery shit now more than ever, Springkle Spangles would be popping in 2019. 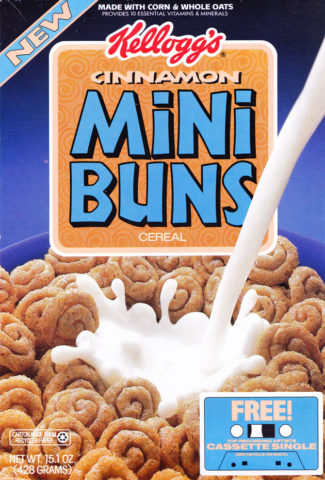 I am not going to even lie, this one hurts.  I clearly remember taking these bad boys down while watching my Saturday Morning line-up.  The milk at the end was heaven sent.  These rivaled Cinnamon Toast Crunch in my opinion.  I have no idea why these didn’t stand the test of time. 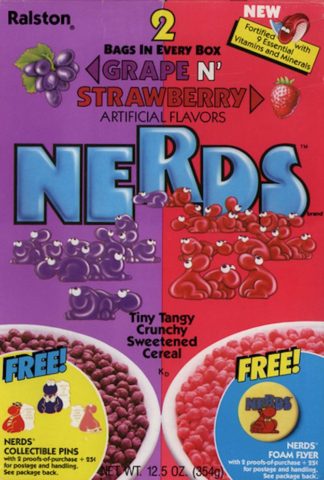 I don’t know what it was about old school cereals and their two cereal attempts.  May be they thought they were tricking us into thinking we were getting double the cereal.  I digress.  Nerds is a certified classic bodega candy.  I don’t care if you’re 5 or 35 if you have a pack of nerds on you, best believe anyone around you wants in on that action.  However, when it comes to the cereal no one wanted any parts.  Which is why it’s not around today. 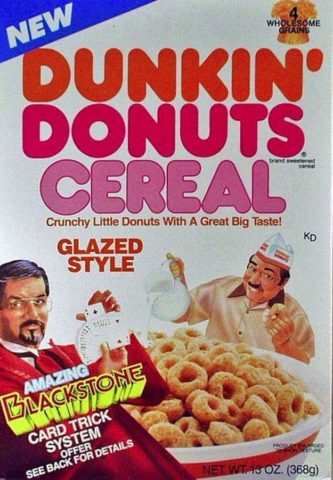 Maybe it’s the creeper guy on the box or the fact that we didn’t really need a donut cereal when we already ate donuts for breakfast.  These were definitely forgettable.  Even though we loved donuts as a child, Dunkin was more of a place our parents went to get coffee.  This box doesn’t exactly scream kid friendly either.  Looks more like two guys that would try to hit on your mom when your pops isn’t around.  Very seedy. 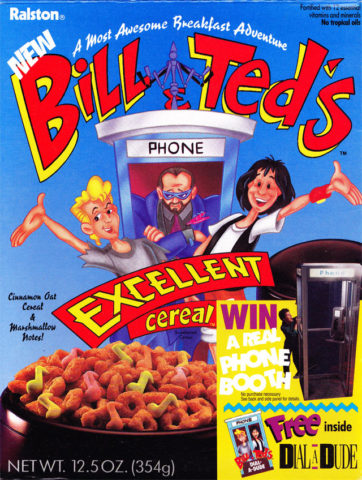 I’m not going to sit here and lie to ya’ll and give a fond memory of this cereal because I never even tried it.  I just wanted everyone to appreciate the marketing savvy to create a cereal just to promote a new show.  This was strictly promotion and it was a genius idea.  We need more cereals to promote more shows.  I can get down with some Game of Throne Toasty O’s. 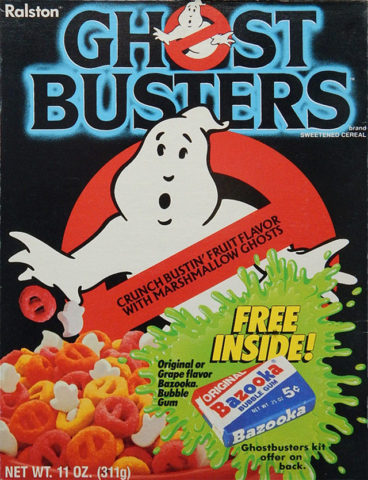 Man you can’t even bring up the 80’s without mentioning Ghostbusters! Also lets be clear Boo Berry, Count Chocula and all those monster cereals swagger jacked this original.  This was the first cereal to put ghost marshmallows in cereal bowls around the world.  Let’s take a moment to appreciate this trailblazer. 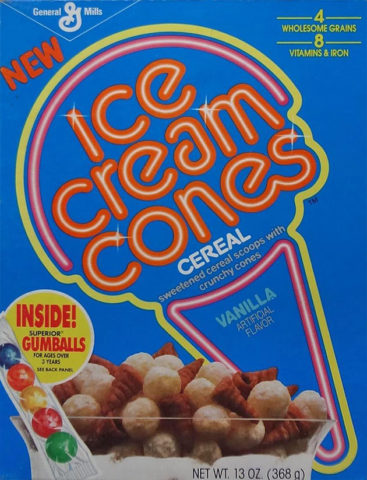 Theeesee weeerrreeee aaaaahhh-mmmmaaaazing.  I remember going through these like it was a hobby.  The vanilla crunchy balls and chocolatey cone were a perfect contrast.  No gimmicky marshmallows jut simple goodness.  General Mills needs to bring these back and the petition to do so just made my to-do list this week. 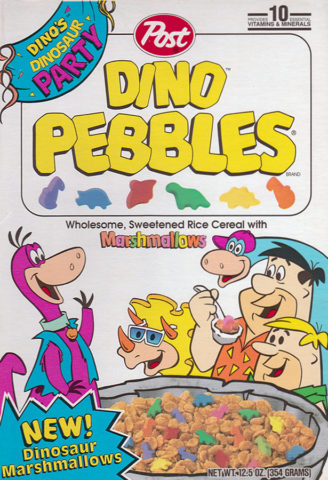 Poor Dino, probably the most forgettable Flintstone character with the most forgettable cereal.  How do you not hit a home run with a line up that consist of Fruity Pebbles and Cocoa Pebbles, arguably two cereals in the top 10 of all-time! Dino is definitely the red headed step-child of the bunch.

Last but not least we had to hit you with the double nostalgia!  Pee-wee Herman knew what was up.  In Pee-wee’s Big Adventure, the cereal was made popular after the classic breakfast scene where he poured the cereal all over this breakfast and said “I pity the poor fool that don’t eat my cereal.”  Instant classic 80’s moment.