An 80’s Themed Pop-up Escape Room is Coming to the Bourse! - Wooder Ice 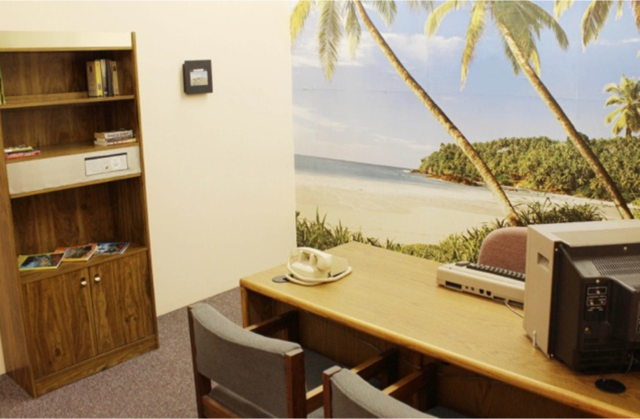 An 80’s Themed Pop-up Escape Room is Coming to the Bourse!

An 80’s Themed Pop-up Escape Room is Coming to the Bourse!

The Bourse is excited to announce Steel Owl Productions’ “Escape The 1980s,” an ‘80s-themed live-action escape room experience will open TODAY, Friday, January 11. This limited-time pop-up will remain open for six months only.

“Escape The 1980s” is a game where players work together to get “back to the future” as they travel through a five-room, ‘80s themed mini mall. This one-of-a-kind escape room is a blast from the past – filled with 1980s memorabilia, including Knight Rider, The Goonies, Walkie Talkies, Cabbage Patch Kids an ‘80s radio and more. From making calls on ‘80s phones to entering secret codes into a War Games computer, players will feel as if they stepped out of this decade. The Bourse is home to the only “Escape The 1980s” game room in the country.

Single game tickets cost $28-32. Individuals will be placed into teams and enjoy a one-hour, exhilarating experience. Private Escape Games cost $413 and can accommodate up to 14 players. No game is the same. The game master curates every experience to the players.

Players don’t need to know anything about the ‘80s to play.

This award-winning experience is located on the first floor of The Bourse at the 4th Street entrance. It will be the first ever pop-up and live-action game experience to open at the historic food hall. Following The Bourse’s November 2018 Grand Re-Opening, “Escape the 1980s” will be an exciting limited-time addition alongside the wide variety of food and beverage vendors and innovative shared office spaces.

Previous to opening an escape room at The Bourse, Steel Owl Productions wrote, produced and built the two escape games at The Franklin Institute ­– a first for science museums across the country.

“We are thrilled to feature “Escape The 1980s” as a pop-up at The Bourse,” said Kelly Duffy, General Manager of The Bourse food hall. “I know I look forward to escaping the ‘80s myself!”

Whoa, The Franklin Institute’s Science After Hours is Having a Game of Thrones Themed Night With Specialty Cocktails!
New Restaurant, Lunar Inn Set to Open in Port Richmond